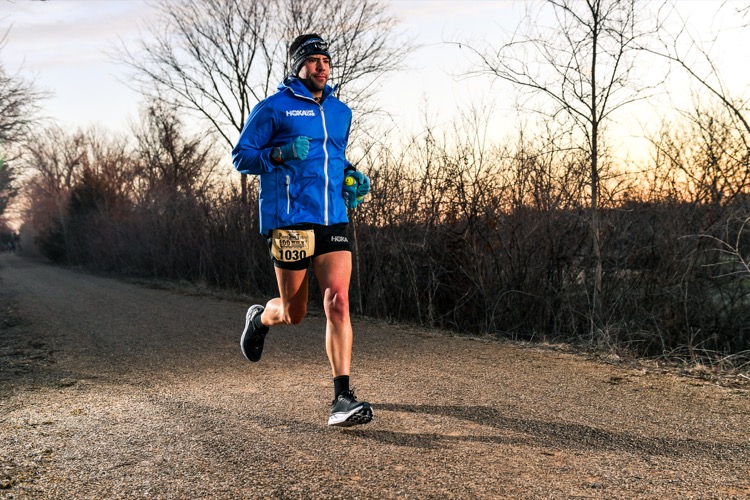 The “Why Not” Attitude

Some of my favorite movies involve exploring parallel universes and butterfly effects. I enjoy analyzing why something—anything, really—happened from start to finish. Where and why did it begin? Where did things go right or wrong? Does destiny exist? Every wave started out as the smallest ripple, and every Olympic athlete started completely out of shape. It’s easy to look back on something and accept it as just the way it was supposed to be—a natural progression of what was bound to happen. But how does someone like Tom Brady go from being drafted 199th overall in the 2000 NFL draft to the best to ever to play his sport? Why does it feel like everyone out there who becomes the best at what they do have some sort of underdog story to tell?

I think what initially drew me to running was that it feels like so much is within your control. If you really want to, you can literally take running as far as you want it to go. Before running, baseball was my favorite sport. I was never very good and certainly not the best athlete. However, when I was 12, I had a coach named Daryl who invited me to play on a regional team called the Iowa Stars. I was the least athletic of anyone on the team, a “junk ball pitcher.” I think maybe the only reason Daryl invited me to play on the team, besides the fact that I could throw strikes, was that I had an attitude he could work with. As a 12-year-old who goes through a rollercoaster of emotions each game (especially while losing) just like the ones an adult goes through in an ultramarathon, there were times when he would stop me and shout in his deep voice, “Attitude check, Pete!” I hated it at the time, but would respond, “Yes!” To this day, I say both lines to myself just about every single day.

When I look back on things I’ve written, said or done in the past (besides often cringing), I notice that the one ingredient that seemed to remain consistent throughout that part of my life was my attitude towards what I was trying to do—whether it was pursuing a professional certification or unleashing a desire to run across a continent. Sure, I’ve come out of motivational speaker sessions with enough inspiration to feel like I could take on an empire, but that inspiration always seemed to wane within a few weeks and pop back up unpredictably from time to time. It’s easy to see the yellow brick road toward any goal at the beginning when the skies are sunny. Any time I’ve succeeded at anything—although failure was more common—I can usually point toward one common denominator, and that was my attitude.

Just like it’s easy to see the yellow brick road at the start of anything, it’s even easier to see all the obstacles pop up—the weeds you didn’t see from the beginning, like the calendar filling up with other commitments and unexpected life events or assuming a minor injury is the end of your running career without seeking a professional opinion. There were times when I really just needed to step away for a few months to recharge mentally. But when I look to the best in our sport, they always seem to ask, “Why not?”

I’m almost certain everyone assumes their life is more chaotic and stressful than the average person. Benjamin Franklin said, “If you want something done, give it to a busy person.” I remember running my first 100-miler and meeting a lady who flew from Dubai to get to the race just in time (eventually winning the race) and would turn around and head straight back to Dubai on Sunday after finishing. I think it was at the start of that race that I decided if she could pull off a plan like that, I was going to finish that race no matter what. And sure enough, I limped in the last half marathon in around 8 hours and took over 28 hours to complete 100 miles. I often think back on that race from 11 years ago and wonder if I hadn’t met that lady, would I have dropped out of the race? Probably. Would I have signed up for another 100-mile race again? Most likely not.

The whole notion of a “why not attitude” is somewhat conflicting. On one hand, asking “why not?” and signing up for a big goal is a bold step that takes admittedly some ego and strong belief in what you can deliver. At the same time, we must carry that attitude into all our day-to-day tactics that it takes to prepare for and execute that goal, which can be extremely humbling. It means acknowledging that we have a lot we don’t know, a lot to learn and a lot of work to put in to get to where we want to go. The beauty of ultrarunning is that there is nowhere else you’re able to carry a “why not” attitude further—from nothing to everything. At any given time, there are not very many people on this planet who could win the most competitive ultrarunning races. At the same time, I genuinely think that just about anyone, with the right attitude, can be a great ultrarunner if they really want to.

Pete Kostelnick is a numbers guy from northeast Ohio who finds balance as a HOKA and Squirrel’s Nut Butter athlete, and specializes in races of over 100 miles, and occasionally finds time to cross continents on foot. He is also a coach with the Chaski Endurance Collective.