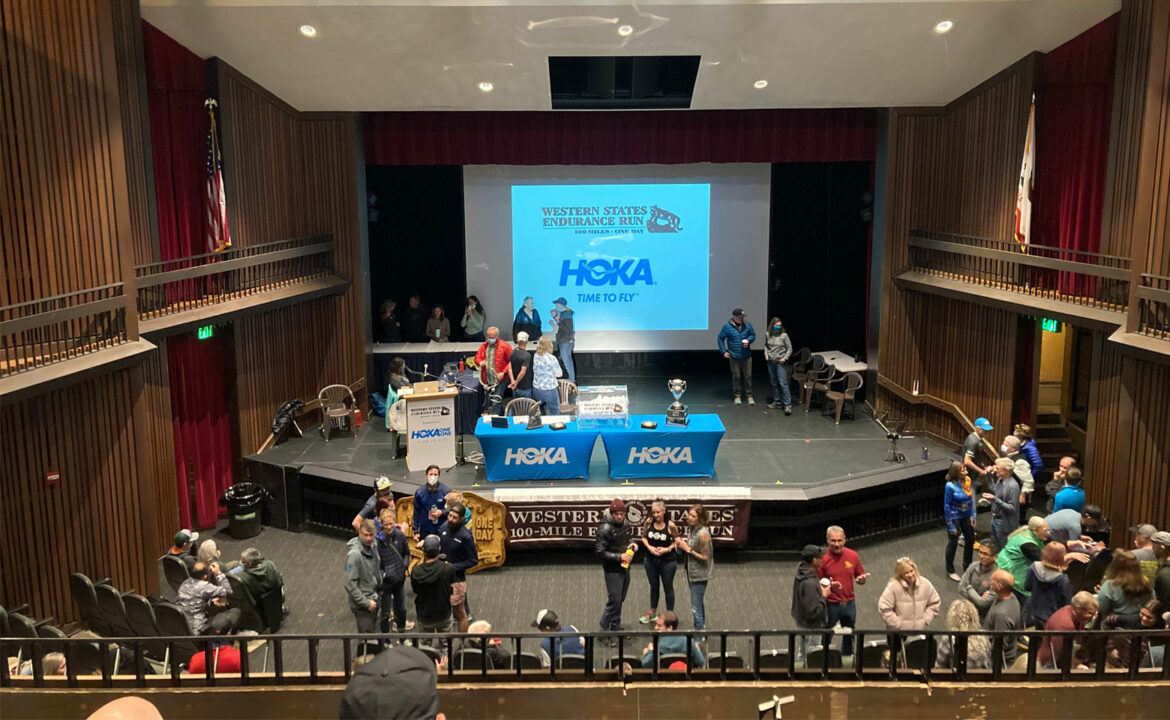 The Most Wonderful Day of the Year

The Western States Endurance Run lottery happens to be my favorite day of the year: no pressure, just an overwhelming amount of excitement and anticipation for those waiting for their chance to run. Years ago, when I began watching the livestream of the event online, I fed off the restlessness in the crowd, each person anticipating their name to be called. And back then, I didn’t have a single ticket in the over-sized barrel full of thousands of slips of paper — I was just excited for those who did.

Fast forward to this last weekend and the excitement and anticipation of the event hasn’t waned a bit. In-person attendance offers an eye-opening perspective of the small auditorium at Placer High School, along with the methodical, behind-the-scenes process that goes into pulling names from the clear plexiglass barrel. Make no mistake, there are a lot of numbers and statistics thrown out as if a pop quiz might happen later on, but this event is pure celebration.  Locals greet one another outside near the steps of the auditorium entrance, while those who’ve traveled from afar are wide-eyed and hopeful for an extra shot at getting their names pulled. Western States’ board members mingle near the stage – they’re an encouraging presence with a job to do, but their broad smiles keep everyone hopeful until the last name is drawn.

For approximately three hours, the lottery itself could be considered an endurance event all on its own as Western States legend and board member Tim Tweitmeyer reads each name that’s pulled, beginning with the state, city or country. You can almost hear the rhythmic breaths as each name is announced with anticipation and then a sigh of disappointment. And when a local runner is drawn, there is an eruption of screams and applause that echoes off the walls of the auditorium. The excitement is contagious as the selected runner makes their way to the stage amidst clapping hands, whistle blows and screams, greeted by handshakes and hugs from board members. This happens numerous times throughout the morning.

Race director Craig Thornley brings local Western States legends on stage to draw names, as well as prominent members of the Auburn community, reminding us all just why Auburn is the endurance capital of the world and maintains such a strong connection with Western States.

And just as quickly as it starts, the lottery is over. All names have been drawn and runners emerge as either one of the lucky few or a disappointed bunch that didn’t get what they came for. But the letdown is a lighthearted one, as there are other races to look forward to – and there’s always next year. Until then, training has officially begun for the world’s oldest 100-mile trail race that begins on June 25, 2022.