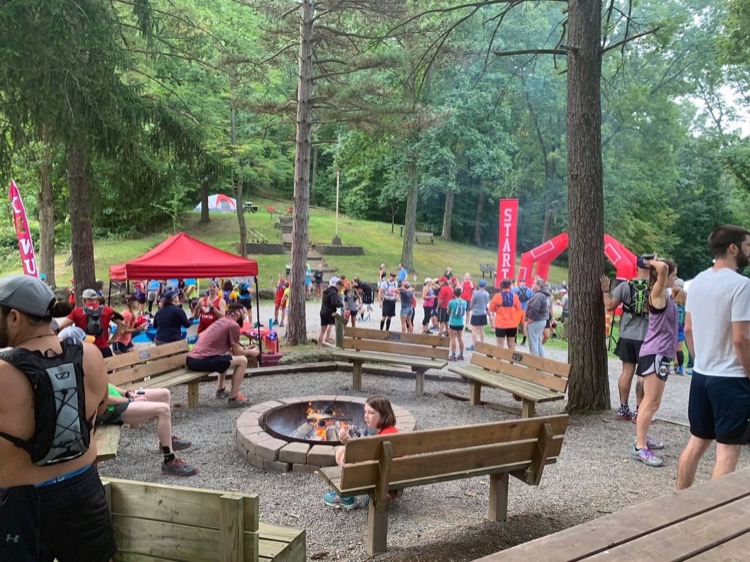 My trip to Camp Tuscazoar started like many adventures do. I looked at my training plan and saw a stupidly high-mileage training run I forgot about. Whether it is 15 miles or 50, we all have that threshold where we don’t want to plan the route, so off we go to find a race that’s within driving distance, on the right weekend and preferably with similar terrain as the race you are training for. I can usually find one of the three.

In this case, I found the Tuscazoar 50, a first-year race in the middle of Ohio. It was drivable, on the right weekend and way harder than I needed it to be. However, I knew one of the race directors, Eric Whittington, and trusted that it would be a fun, well-run event, even if course details were sparse. The race is put on by Race Brimstone, and I had zero concerns about this being a first-year race because their other races are top-notch.

I signed up and it turns out the trail has one of the steepest climbs in Ohio. Great. It also turns out that 95% of the 5,500 feet of elevation gain comes in the last 1/3 of each 25-mile loop. Fantastic. You see, I’m a flat and fast runner. I won’t be trying to get in the Georgia Death Race or the Barkley Fall Classic. However, when you need a 50-mile training run, you need a 50-mile training run. 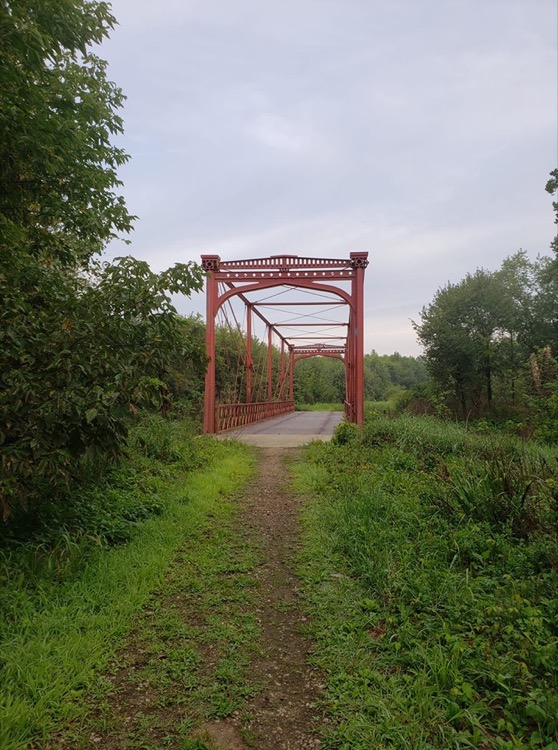 As you drive in, you pass through one of the most beautiful small communities I’ve ever seen. A meticulously maintained 200-year-old German Separatist community. It was beautiful and I wish I had planned more time to look around there. On course, runners get to run through it during each loop.

The first three miles of the course were what I’d consider your average Midwest trail run—completely wooded single track and rolling hills that would be tough on a 100-mile run but were pretty runnable for a shorter distance. About five miles in, things flattened out and we eventually got to a tow path along the Erie Canal. I tell you; I love tow paths and I figured this was going to get me through this race. It was shaded, lovely and flat. There were at least three beautiful bridges on this 10-mile section and because it was an out and back, you got to see all the other runners. I was still pretty naïve about the second half of the course—my runner brain was not computing the fact that we’d been pretty flat for 15 miles and yet had 2,700 feet of elevation per lap.

We all knew that mile 15 brought a dramatic change with a climb named “The Buzzard’s Roost.” It was tall, steep and had a lovely lookout at the top. However, it was about what I expected—a big, tough climb. Then I saw the downhill. Those downhills will end your day faster than any climb, and this one struck fear in my heart.

It was straight down and continued for 10 miles on shorter, but equally steep, climbs after The Buzzard’s Roost. Straight up and straight down single track, rock piles, sideways grass paths around otherwise lovely farmland, and plenty of fresh cut single track. When I wasn’t skiing the downhills or using sticks for poles on the up hills, I was just praying for a runnable section to open up. The last three miles before the finish line seemed to be the worst because the hills did not let up until you came crashing down to the finish line. 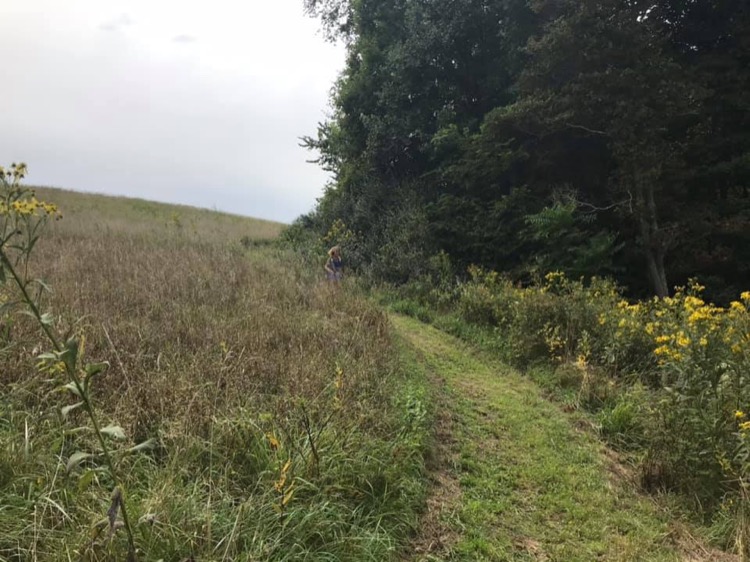 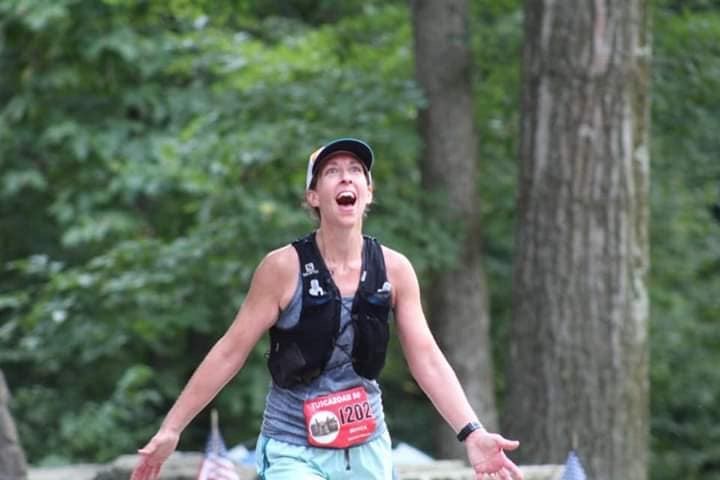 The nice thing about this race was that you could only get frustrated with the technicality of course itself, there was nothing else to complain about. The course markings were spot on. There were flags, arrows, signs, crosses and banners clearly showing you where not to go. Everyone agreed, they might have missed a turn but it was not because it wasn’t well marked.

At the end of the day, most runners went further and hiked higher than they thought possible. I know this fast and flat runner did, and I am so grateful for the quality of race that made that possible.