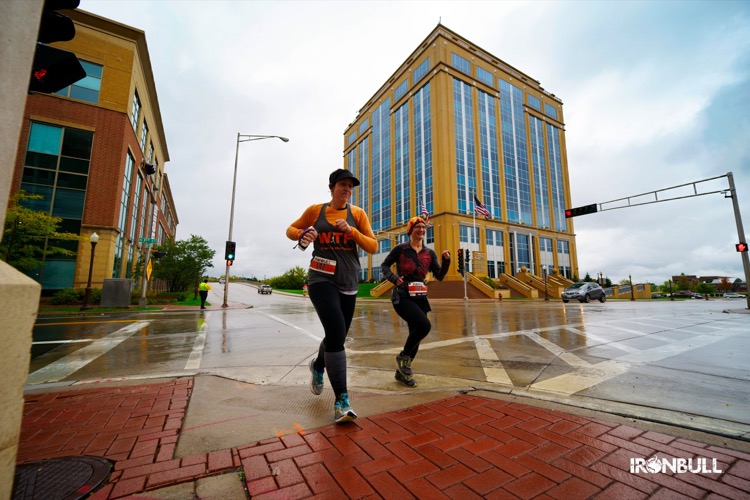 The IRONBULL Ultra Trail offers a unique mix of technical trail running and finishes in downtown Wausau. Racers pass the highest building in Wisconsin outside of Milwaukee as they approach the finish line. Photo: Greg T Photography

Forested rock scrambles, 7,000 feet of elevation gain, and guided bushwhacks aren’t what you might expect for a 50K in Central Wisconsin, but that’s exactly what runners were challenged with in the inaugural IRONBULL Ultra Trail event.

The IRONBULL Ultra Trail race had a unique mix of trail and urban running, and the course consisted of the first 22 miles almost entirely on trails. The remainder of the course took runners to the heart of downtown Wausau.

Women’s 50k champion, Bailey Boudreau, was drawn to the challenge. “The constantly changing terrain kept my mind in the present moment rather than on all the miles to come before the finish line,” said Boudreau.

Not only were runners challenged with the technical trails at Rib Mountain State Park, which boasts the highest vertical drop ski slopes in the Midwest, but they also encountered sections of guided bushwhacking. 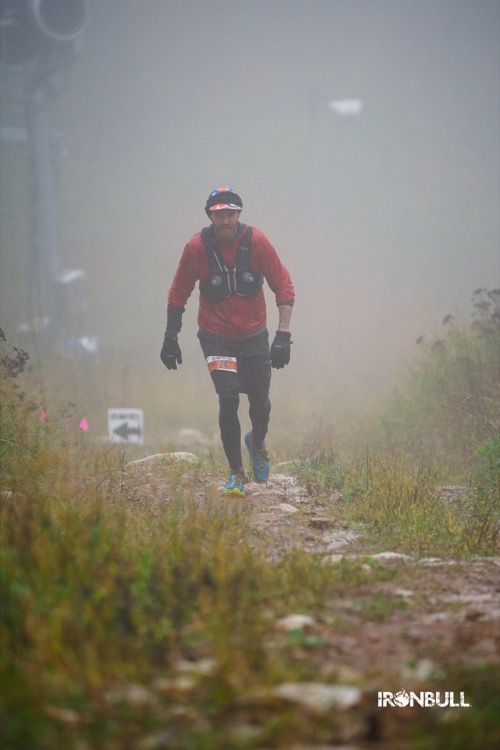 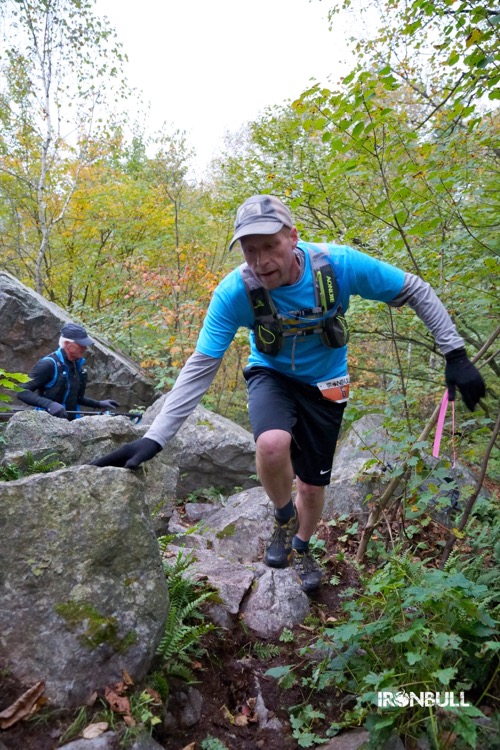 Several first time ultrarunners completed the challenge including John Lauer, who laughed when a friend suggested he try an ultra. Lauer admitted, “I didn’t think I’d ever do an ultra…I just couldn’t quite understand why someone would be so excited to go so far.”

Even for a first-time event, race organizers pulled out all the stops. Participants had access to fully-stocked aid stations every five miles, in addition to drop bags at miles 10 and 20. Runners, families and volunteers had full access to the YMCA just three blocks away, where hot showers were especially welcome for the wet and muddy runners. 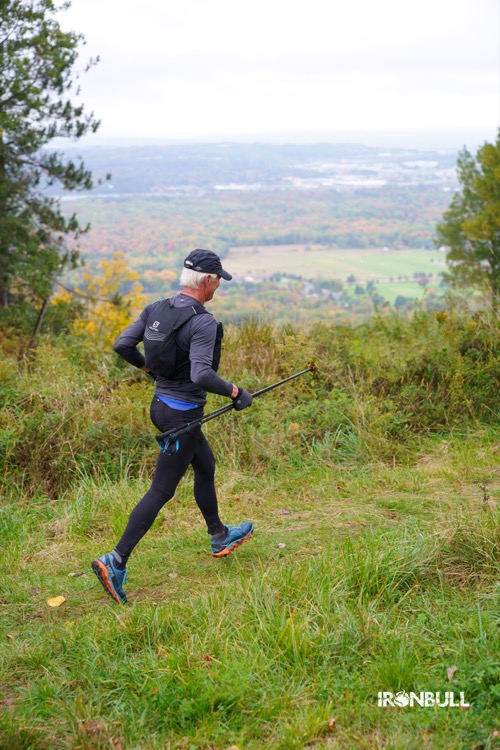 “The volunteers were friendly and helpful, and the course was impressively well-marked. Overall, it was a wonderful event which I would recommend to anyone who is up for an adventure,” says Boudreau.

Overall winners received hand-crafted awards, plus $250 in prize money. In addition to overall and age group awards, the first male and female to the top of the initial 800-foot climb were awarded an IRONBULL Rush Award. At the top, they could take in views of downtown Wausau and the beautiful fall colors.

IRONBULL has six events slated for 2020 including the Ultra Trail on October 17, 2020. The Ultra Trail was the first of a series of races organized by IRONBULL, a newly formed non-profit focused on promoting year-round outdoor recreation in Central Wisconsin. In addition to the 50K, a 15K is also offered.