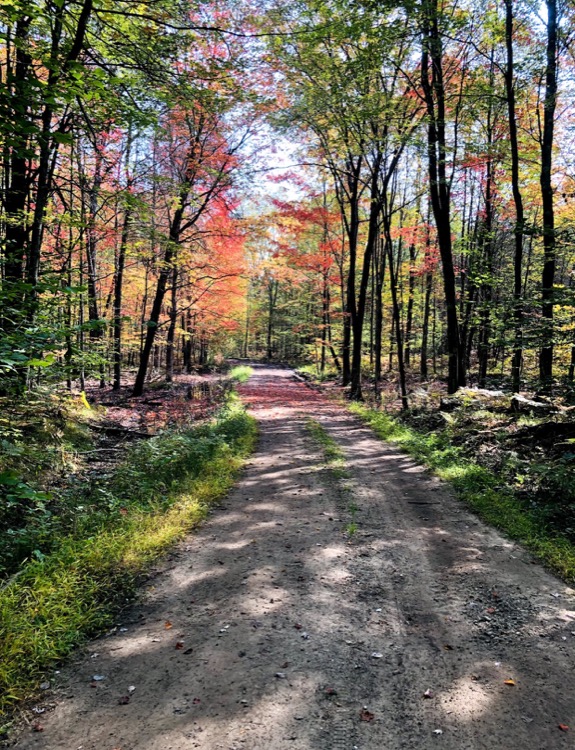 This year’s Hungerford will be particularly memorable. For many months, we wondered whether we would be allowed to put it on. We drafted our plans, and met with the local Health Department and other agencies to ensure we could move forward. They were on board and fully supportive. Our main changes boiled down to lower race size limits, no shuttles to the traditional start line (adding length to the marathon which made it an ultra), as well as implementing masks and social-distancing measures at the start/finish and aid stations. Eventually, on a beautiful fall Saturday in Michigan, the final pieces fell into place and we had ourselves a race. 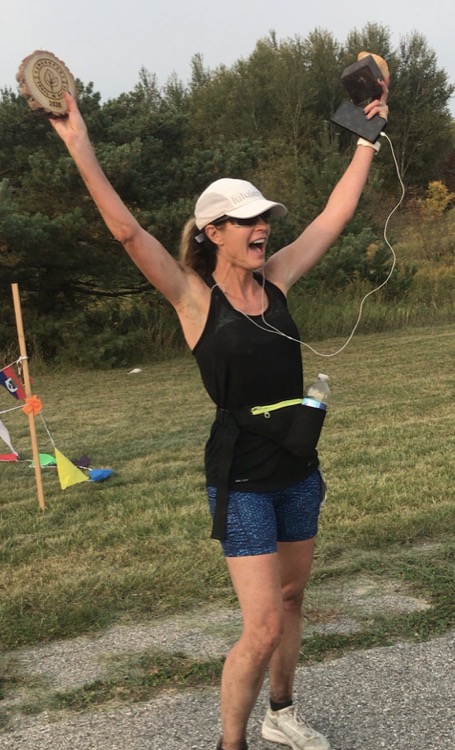 On race day, there was a bit of eagerness and anxious excitement mixed with some curiosity about how this would all work. At packet pick-up the night before, we heard story after story of canceled events. As we headed out to the start line, it didn’t take long for that race vibe and buzz to return – and it was palpable. Friends, family and crews were masked-up and lined up, ready for their runners to head out on course. We took a moment to communally reflect on how thankful we were to have this event and then, we sent them on their way.

As if the COVID-related race precautions and preparations weren’t enough of a twist to the race this year, we determined in the weeks prior that doing our normal race shuttle wasn’t going to happen. As we considered a couple of course options, we ultimately kept the integrity of the course intact, while adding some length. The “marathon(ish),” as we dubbed it, started from the 50-mile line. The slight bump up in distance meant a race of 28.3 miles, and the finishers all became ultrarunners (if they weren’t already). They embraced the unique twist and free bonus Hungerford miles whole-heartedly. 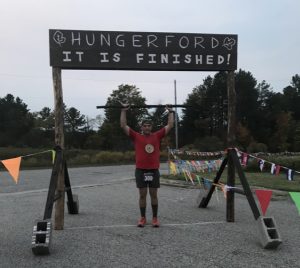 The tradition at Hungerford for the 50-miler runners is to “race the sun,” as the race starts right at sunrise. Runners have until meteorological sunset to finish and earn their ultra stick or get another notch burned (onsite if they bring their stick). Some runners are working on notches four, five or six. Herman Berry came to Hungerford in 2019 seeking to earn the stick but came up short. (He finished in 12:54, needing to finish in 2019 under 11:52.)  Determined and renewed, Herman came back in 2020 dialed-in, running a well-executed race. The time needed to beat the sun this year (in Big Rapids) was 11:56. Herman earned his ultra stick by finishing in 11:51 – it was the perfect celebratory endcap to the day.

As the sun set and the last 50-mile runners finished, there was a sense of both relief and pride in all that was able to happen. The extra work had been worth it. We knew what the race had meant to the runners. We knew (and still know) what it meant to us. In a year of so much uncertainty and speculation, Hungerford was able to provide a bit of reprieve. All-in-all, it was just what we needed to affirm our love of running and once again celebrate each individual journey to the finish line.