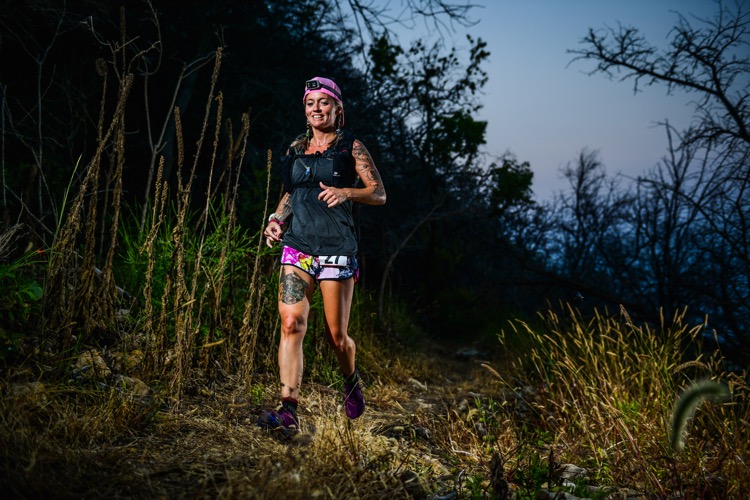 100-mile winner Emily Larson on the Red Trail in the early miles of the race. Photo: Rick Mayo / Mile 90 Photography

Moving Ahead at The Hawk

Things happen deep in the woods, in the middle of the night, with almost a full day of running on your legs. Rocks grow bigger. Tree trunks sway in your headlamp; they turn and stare. Alone, seeing strange things in the dark, it’s difficult to remember why you picked this journey.

But this is The Hawk, and out here people have a way of picking you up and helping you keep moving ahead.

The Hawk has experienced a couple difficult years: catastrophic flooding that damaged trails and forced a reroute in 2019, and, of course, cancelation due to COVID in 2020. But race day in 2021 brought sunny skies, dry trails, and somewhat more relaxed COVID precautions. The race this year also saw co-race directors Ami Hyten and Jordan Shrack take the lead as co-RD Sherrie Klover prepared to step down after six years of feeding her love into the event.

In all aspects it was time to move ahead. 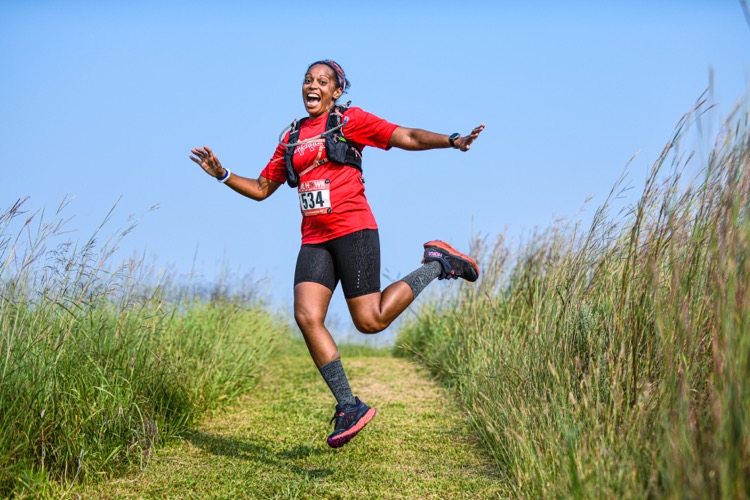 The starting lines for the 100-mile, 50-mile, and marathon distances were a little less crowded this year. Out of an abundance of caution, the organizers chose to cap each distance at 50 runners in an effort to reduce congestion on course and at aid stations. With a forecasted high temperature near 90°F, runners were prepared for a hot run. But by midday, runners began to melt and those small fields dwindled. 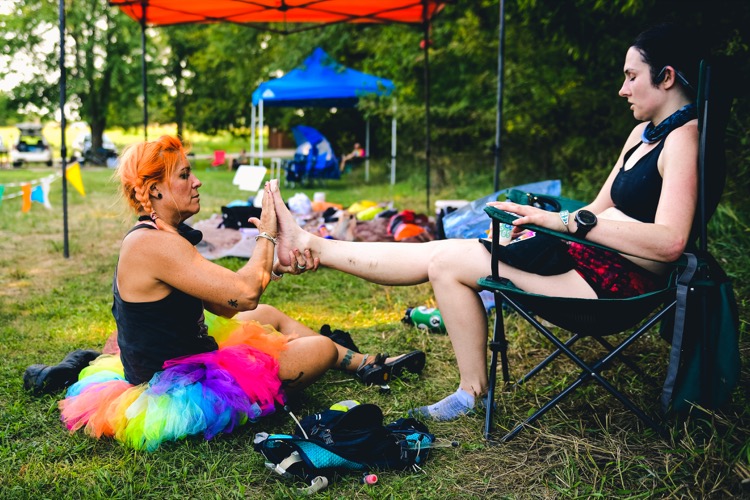 The Hawk features a 25-mile loop course, with runners being tempted to drop to a lower distance at the completion of each loop. In the 50-mile race, Matt Comi of Montgomery, Alabama paced himself in second place before taking over the lead during the second loop to win in 8:29:13. After Comi, the remainder of the podium was dominated by women, with Christy Swearingen taking second overall in 9:29:11, followed by Abigail Kroll in third overall and Jenna Terrill in fourth overall and third in the women’s race.

The 100-mile race saw a quiet duel between Gerardo Ramirez of Fort Worth, Texas and Emily Larson of Milwaukee, Wisconsin. Throughout the day, Ramirez held the lead with Larson staying about 30 minutes back. At the 75-mile mark, Larson left with her pacer for her final loop, just 20 minutes behind Ramirez. 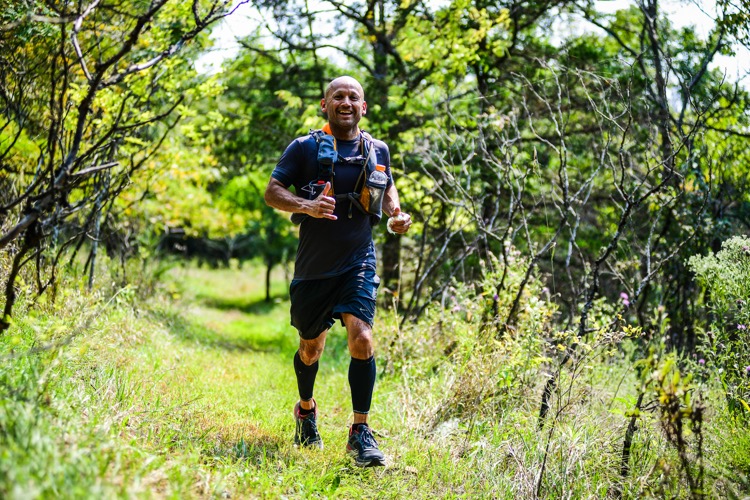 Later in that final loop, Ramirez said he found himself walking alone in the dark woods in need of new legs. Then lights appeared behind him, and Larson and her pacer came by. Heartened by the new company, Ramirez went on, hitching himself to those lights until the end of the loop neared and they began to draw away from him. Larson quickened her pace in search of the finish line and went on to become the first woman to win the Hawk Hundred outright. Ramirez finished less than a minute later. 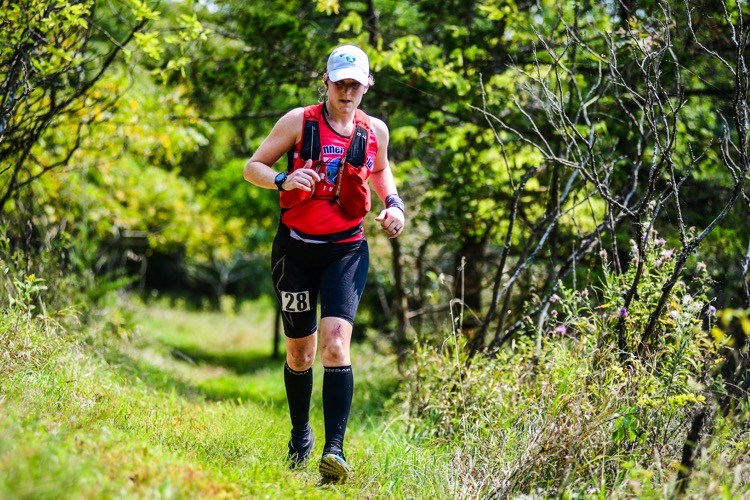 Amanda Lynch on Cactus Ridge on her way to a third-place overall finish in the 100-mile race.
Photo: Rick Mayo / Mile 90 Photography

In the end, only 12 of 50 entrants finished the 100-mile race. Of note, like the 50-mile event, three of the top four finishers were women.

“The trails were glorious and devastating for our Hawk runners this year,” wrote RD Hyten in a post-race summary on Facebook. “The terrain. The temperatures. The bugs. It was a lot.”

And yet, they moved ahead.