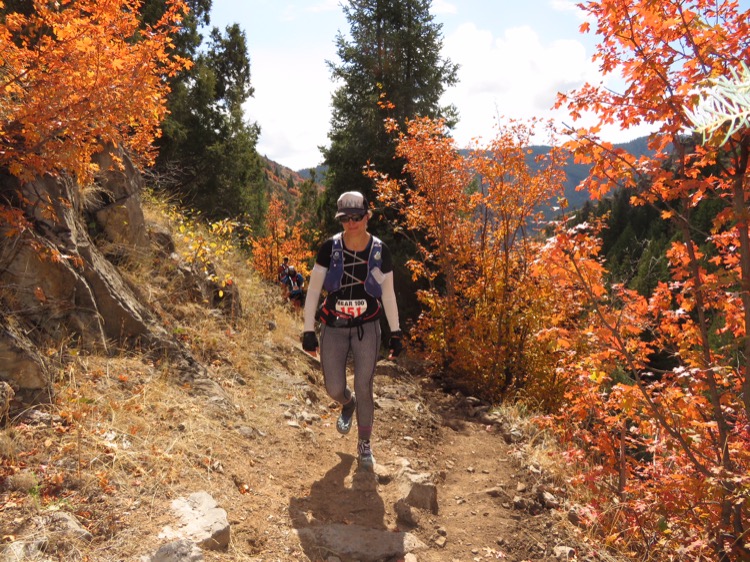 The Bear 100: Fall Colors on Display

This was the first year in which The Bear 2.0, the new course that runs point-to-point from Logan to Bear Lake, was finally older than the original version of the loop course in Idaho. The new course, with its stunning scenery, lack of pavement, abundance of singletrack, and just plain difficulty has proven to be one of the most popular and compelling 100s in the nation. Notwithstanding the Bear’s growing popularity, it still maintains a large degree of quaintness that many of its fans revere.

Fall colors are one of the race’s mainstays, but fall also means potential for bad weather. Most often the Bear is lucky, but not so much the last three years. This year the luck was back, but with a cruel twist at the end. For the first 26 hours there was no dust and perfect temperatures, both day and night. 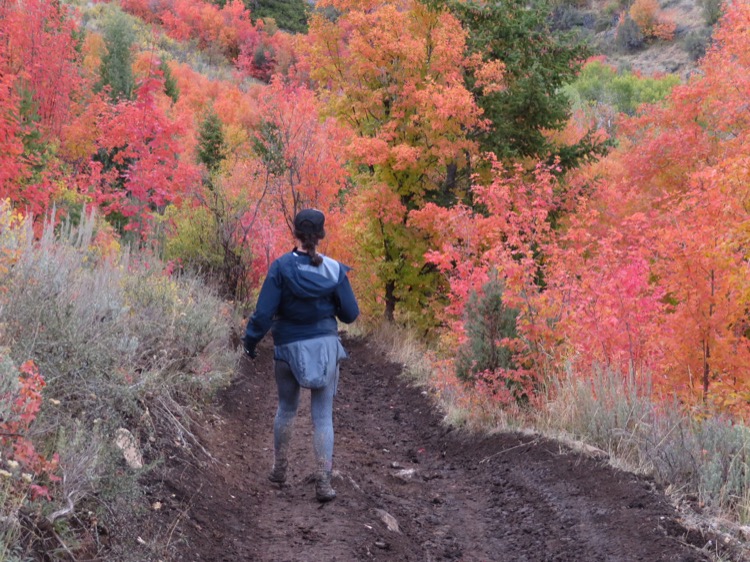 Rain moved in on the second morning, transforming the last 18 miles of the course into patches of slick clay. Once again, the back of the pack at the Bear got to mud wrestle. Most took it in stride, refusing to yell at the clouds (myself excluded). The beautiful Facebook photos of the storm offset the fact that in ultras, crap – and mud – happens.

A passel of men showed up to contend for first prize, a unique hand-tooled carving that Race Director Leland Barker prepares every year. Tim Olson, local Mark Hammond and Jeff Browning made it a horse race at mile 45, but then Mark called it a day and Jeff tapped into his many years of experience (Jeff, I can’t call you old because I’m older than you, but you get my drift) and pounded it out for the win, the third fastest time at the Bear. On the women’s side, Hannah Green missed a sub-24 by 22 minutes for a convincing win. 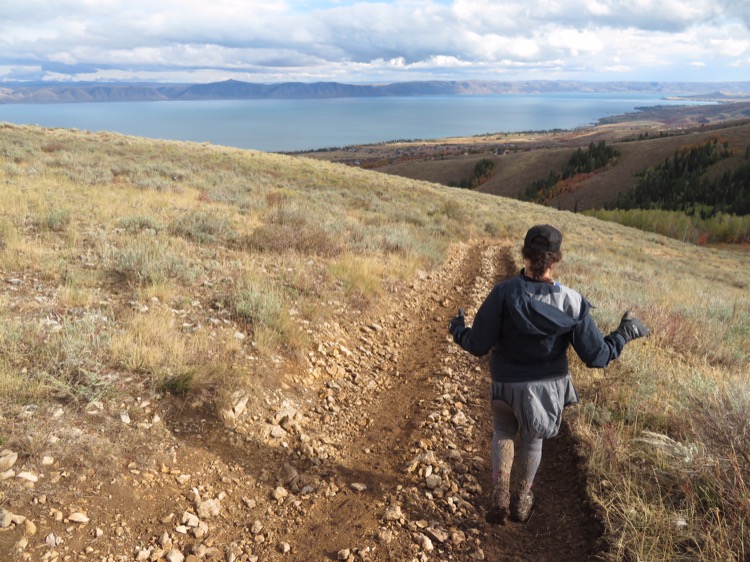 Here are some Bear 100 experiences in the words of those that were there:

Logan Ledford (a Wasatch Front trail running who runs with garbage bags to pick up trash):  “This race was absolutely perfect.”

Lori Foringer: The stars between Franklin Basin and Logan River and rock-hopping the Logan River in the dark.

Jimmy Thomas: Having Paula Jones lend him her head lamp on the honor system (she got it back).

Rachel Ingle sobbing on the newly-dubbed “Crying Log” at mile 88 in the mud and rain at 8800’.  My wife and I tried to rally her, not knowing if she would follow. She arrived four minutes after us at the finish, 35:47.

Chihping Fu: “Leaving Tony Grove near midnight, I was engulfed in the absolute dark and solitude with goosebumps at fulfilling my wish of worshiping the Milky Way. I was overjoyed but started to feel impatient for I could see no Milky Way. Desperate I was. ‘How about a shooting star?’ As soon as I finished my thought, a flash flitted across the center of the sky for a fraction of a second, long enough to last forever in my memory. It kindled a spark of fresh life in me. I was stunned without making any wish, but I was delighted to go on.”

Tim Seminoff finished his 16th Bear to remain King of the Bear (One ahead of me. Harumph).

And here’s the last story, that of my wife Jill Clark and I, her finishing her third hundred and first Bear, running together for 35 hours and 43 minutes. At the finish we made sure to give Leland a proper hug sandwich (of course we were covered in mud). Leland got to be the baloney.