At 4 a.m. on July 11, on a moonlit track in Fairplay, CO, the ultrarunning world experienced something that it had been longing for—the beautiful cacophony of sound that is a 100-mile start line. The Silverheels 100 Mile Endurance Run, with an average elevation of 11,000 feet, is the second highest 100-miler in the country, second only to the Hardrock 100. It was the first 100-miler in Colorado since the beginning of the pandemic.

Approximately 16 hours after 55 runners were sent off in waves, another beautiful sound pierced the cold, dark evening as the clock struck midnight—it was a last call, and not just any last call, it was the start of yet another ultramarathon race: The Last Call 50 Miler. With its midnight start, one of only a few in the country, the race has 9,186 feet of elevation gain and four bonus miles and is one of the most difficult 50-milers in the country. Navigating the course through darkness for the first six hours, a beautiful sunrise in the Mosquito Range awaited those who were traversing the course in the Pike National Forest.

With the legend of a dance hall girl nicknamed “Silverheels” being recounted by Race Director “Sherpa” John, followed by a shot of whiskey, 56 additional runners were sent out to traverse Silverheels Mountain surrounding the picturesque town. When it was all said and done, over 100 runners ascended the course with hopes, dreams, ambitions, and a desire to perform something that has eluded us all for the past few months: cross a finish line of an ultramarathon. Unfortunately, only 45% of the 100-mile starters and 66% of the 50-mile starters would ultimately finish, but not a single soul would be disappointed while participating in these two monumental races which set the stage and laid the groundwork for racing in Colorado to resume. 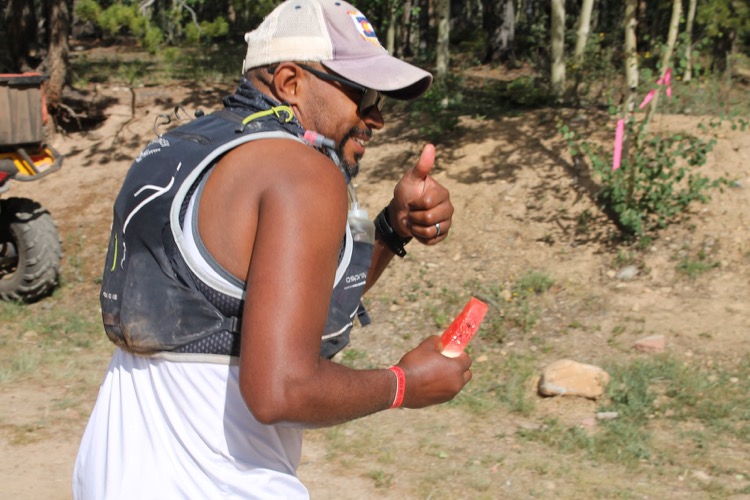 A host of new protocols and procedures were implemented to keep runners, crew and volunteers safe, and as legend would have it, Silverheels herself even wore a white or blue mask to conceal her face, so it was only fitting that all involved donned a face mask. The measures taken to insure everyone’s safety were extensive and at times a little annoying, however; these small inconveniences were no match for the satisfaction of being able to get back to racing and, for many, to feel alive and free in a world where such feelings have been hard to come by.

The South Park Rec Center track played host to the start/finish and in typical Human Potential Running Series fashion, where overcoming adversity is the name of the game, finishers would have to come onto the track and navigate their way approximately 300 meters to receive the official title of “finisher.” This may not seem like much of a task but after 53.9 or 103.9 miles of racing over brutally beautiful terrain with what seemed like never ending climbs and quad-bashing descents, this task was quite daunting. 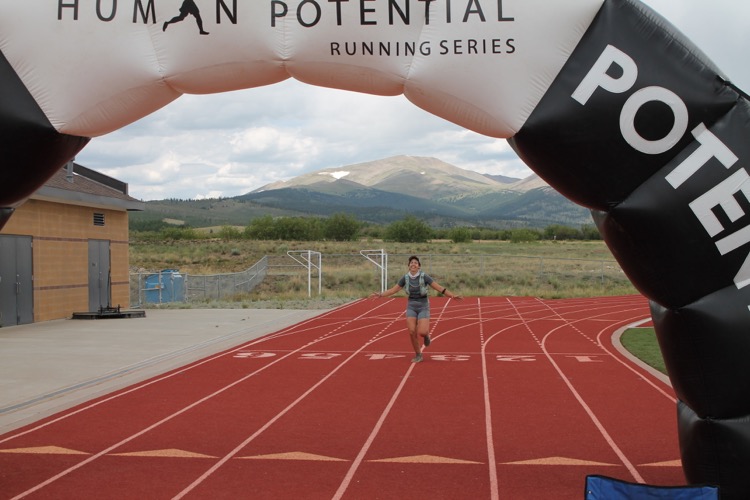 Ryan Niccum from Tucson, AZ absolutely smoked the course with a time of 26:04, the eighth-fastest time in the race’s six year history, edging out second place finisher Todd Nott of Plattsmoth, NE, by 58 minutes. However, one of the most impressive finishes of the weekend was the first-place female, Chelsea Factor. Factor threw down a sub-30-hour finish (29:28), the second fastest female ever at the Silverheels 100-Mile Endurance Run, to cross the finish line fourth overall, and finished over two hours faster than the second-place female. Not to be outdone, Bryan Shane of Fairplay, CO, received the coveted DFL award showing an incredible amount of grit, perseverance and intestinal fortitude to finish just 11 minutes under the 36-hour cutoff.

If the 100-mile finishes were impressive, the Last Call 50 Miler finishers were downright inspiring. The top three women, Elle Spacek, Stephanie Barnes and Lauren Swigart, all posted times that rank in the top ten of the race’s history with Spacek setting a new course record in 12:11. On the men’s side, Stefan Schuster and Lelis Gonzalez battled to the bitter end of the 54-mile course with Schuster crossing the finish line just 60 seconds ahead of Gonzalez in 10:34. Needless to say, these men and women came to run.

The Silverheels 100 Mile Endurance Run and Last Call 50 Miler brought us together and united us in a time of need. For one incredible weekend in July we were all able to forget about work furloughs, government stimulus checks, openings, closings, re-openings, and the general stress-filled existence that most of us have become all too familiar with to simply go outside and enjoy each other as human beings. We were united by our love of running but the reunion represented so much more than simply a race.