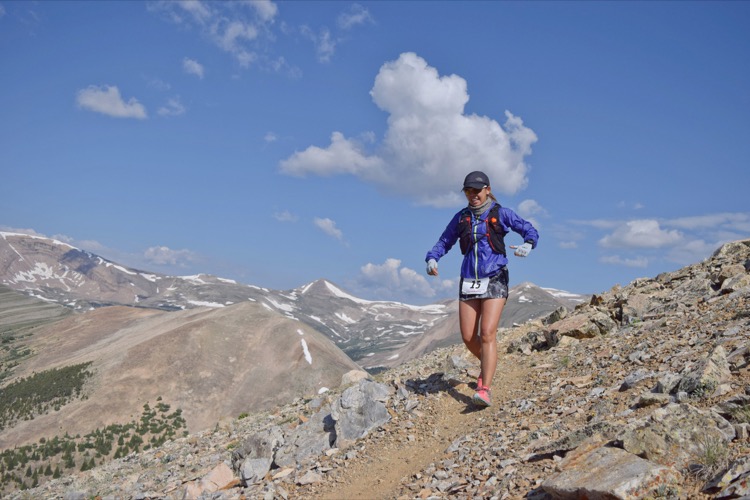 Jittilak Chaivann goes airborne as she descends off Sheep Mountain amongst the towering peaks of the Mosquito Range. Photo: Joey Schrichte

The third annual Sheep Mountain 50 Mile Endurance Run took place in Fairplay, Colorado on Saturday, July 8. Only the legendary San Juan Solstice has a higher average elevation for 50 miles, making Sheep Mountain the second highest 50-mile endurance run in America. The course has been described by its runners as “beautifully difficult.” How else could one describe a 50-mile course near 11,000 feet average elevation with around 10,000 feet of elevation gain? Of our five events in Colorado, this is one of our most gorgeous and most difficult.

Our runners take it in stride. It’s hard to describe the feeling I get as a race director to show up at the mile 22 aid station to see a female runner from Ohio laying out on a blanket, white as a ghost, considering DNF, only to watch her rebound, rise to her feet, leave the aid station, and soldier on fighting the cutoffs out to mile 43. She may not have made that final cutoff with 7.5 miles to go but the tenacity and perseverance I saw in her far outweighs the experience if she had an easier day. And that’s the essence of the Human Potential Running Series. “Easy” has been done, and I believe that in order to find what we’re truly capable of, easy just won’t do. So we make it a bit harder, the trails rockier, the climbs steeper, the air thinner. We won’t kick you when you’re down; we’ll help you rise again and again until you decide you’ve had enough or the clock does that for you. 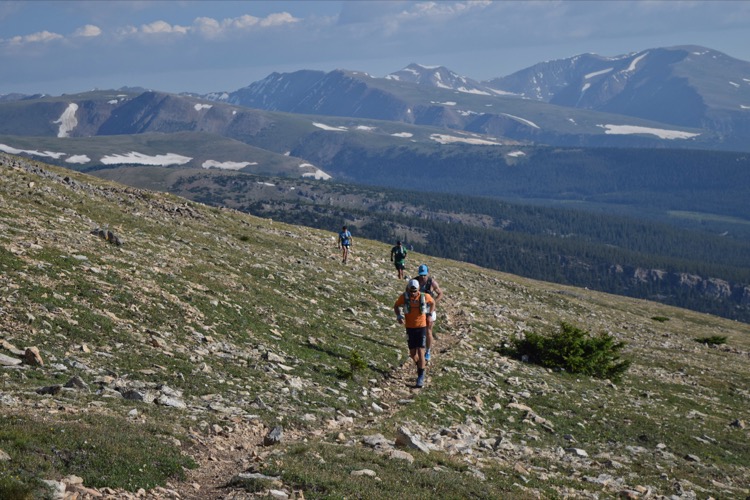 Runners skirt along the summit area of rugged Sheep Mountain with Mounts Silverheels and Quandary in the background. Photo: Joey Schrichte 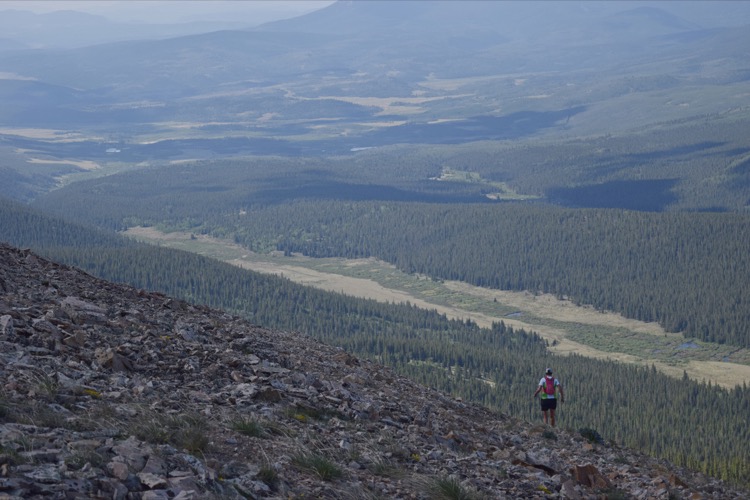 Darren Thomas of Steamboat Springs, Colorado came down for the run and looked strong all day. We watched in awe as he kicked up the steeps as if they were nothing. He had an hour lead for the entire day and finished in 9:08, just two minutes shy of a new course record. On the women’s side we saw a dramatic race. Around mile 40, the first-place female errantly took a wrong turn and headed back up Sheep Mountain instead of descending towards the final aid station. During that time, the second-place female moved into the front before she pulled a groin muscle.

Elle Spacek, who had been third all day took advantage of the circumstances and without knowing, moved into first. As we informed her of her place in the field with 7.5 miles to go, she was not only stunned but allowed adrenaline to take over. Elle finished as first female, 12th overall, with a time of 12:03, two minutes faster than her winning time the year before. 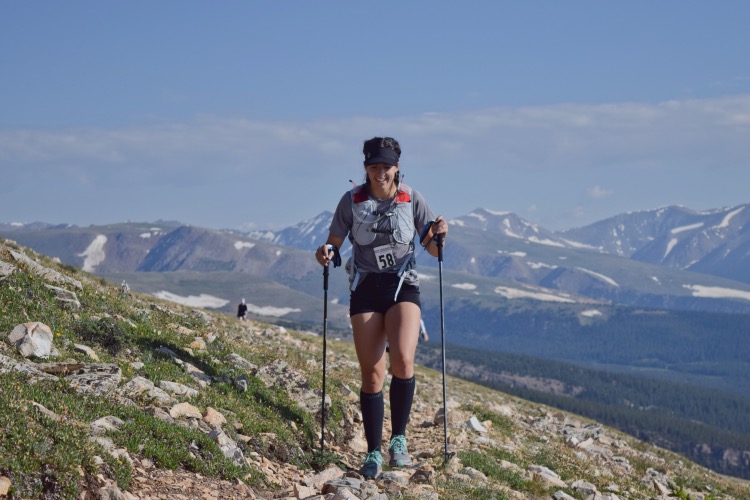 Ultras are a lot like life. We endure many ups and downs, some of them pointless. Sometimes it’s like we’re breathing through a straw. The sun beats down hard, only until the next storm moves in and with it the rains. You never know what can happen on race day. Patience is all you need. Sheep Mountain will be back on August 4, 2018. We’re adding a 50k option for those looking to partake in our day of fun at a slightly lower mileage yet on the same challenging course.