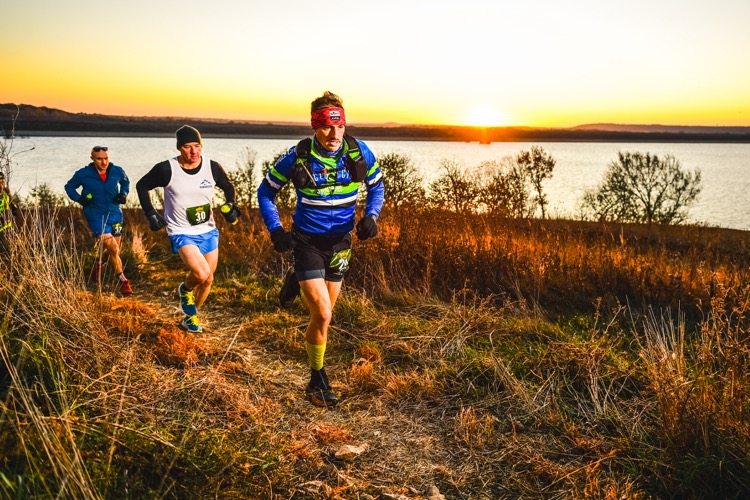 In the woods, alongside a gentle swath of singletrack trail, runners created a pile of rocks. The cairn marks the spot, 2.6 miles from the finish line of the 2018 Hawk Marathon, where Colonel Christopher J. Wilson, USAR retired, collapsed from a heart attack before being evacuated from the course. He passed away soon after. He was 53 years old.

Since that day, the cairn has been transformed into a permanent memorial. Hundreds of people have run the final 2.6-mile distance, both in person and virtually, to honor Col. Wilson’s legacy and the family he left behind. His bib number, 1082, was retired from The Hawk, and a hashtag, #FlyStrong1082, was invoked in his memory to bring together the running community. 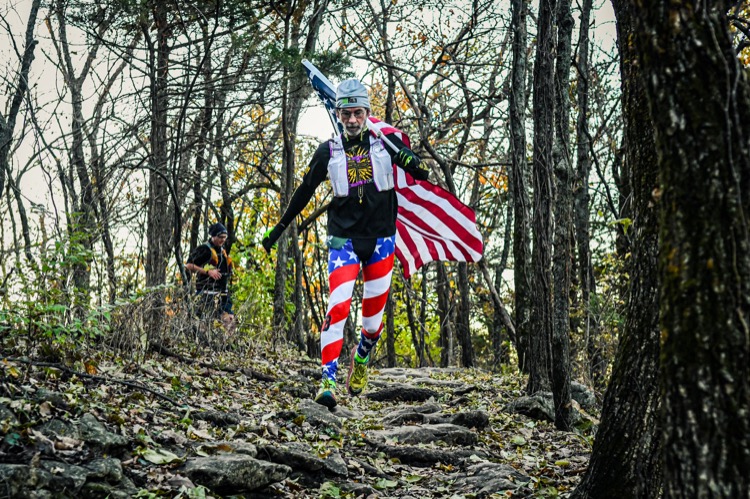 The Sanders Saunter trail race includes distances of 50k, 25k and 10k on the same trails utilized by The Hawk in September. The organization has dubbed it “the race with a heart,” as each year, a different organization benefits from 100% of the event’s profits.

Shonda Garrison selected Sanders Saunter as her first ultra-distance attempt. Months earlier, she’d been eyeing a different race, but her coaches suggested she join a training group for Sanders Saunter. Then she found out that the race was dedicated to Col. Wilson who, like Garrison, was a Desert Storm veteran. The fact that the chosen charity was dedicated to veteran suicide awareness further sealed the deal. “I knew this was meant to be my first 50k race,” she said.

In July, while training for the race, Garrison tripped on a technical trail and hit her ribs hard on a rock. While there were no breaks, the injury kept her off trails for a few months in an effort to avoid any additional falls. In mid-September, she gave trail running another try, and fell again, hitting the same spot on her ribs. After that, she didn’t set foot on a trail until race day in early November.

The day of the race, Garrison had one goal: to finish. The first loop went by quickly with a combination of excitement, fresh legs and the good company of other runners. On the second and final loop, the trails were quieter, and Garrison had more time to think. She was alone when she passed Col. Wilson’s memorial alongside the trail. “I thought about him a lot,” she said. 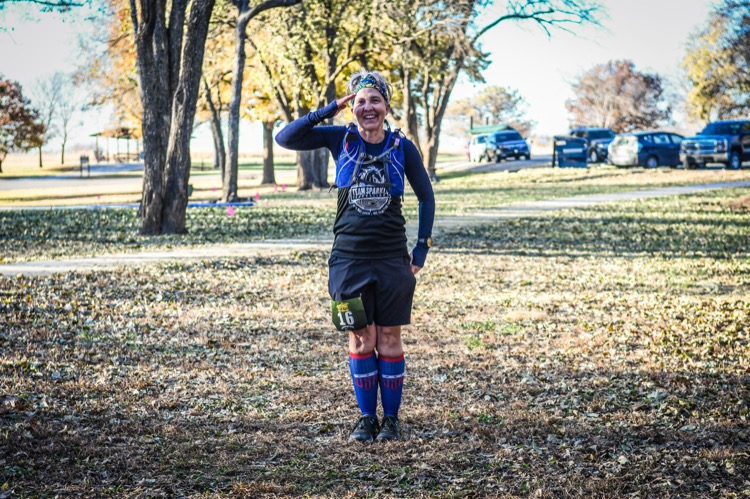 At the finish line, Garrison stopped a few feet short of the timing mat and rendered a salute in honor of Col. Wilson and “all veterans, past, present and future.” Later, reflecting on the finish, Garrison said, “I’ve done some epic shit in my life… lots of stories to tell… but none have made me quite as proud as I felt when I finished my first 50k.”

Race Director Sherrie Klover later announced that $3,500 was gifted to 22BuddyCheck in honor of Col. Wilson. “Thank you for sharing your energy with us on race day, and helping us heal our hearts,” Klover wrote to all those involved in the race. “Col. Wilson will always be remembered in our running community as FlyStrong 1082, and his spirit will forever watch over us on the trails.”