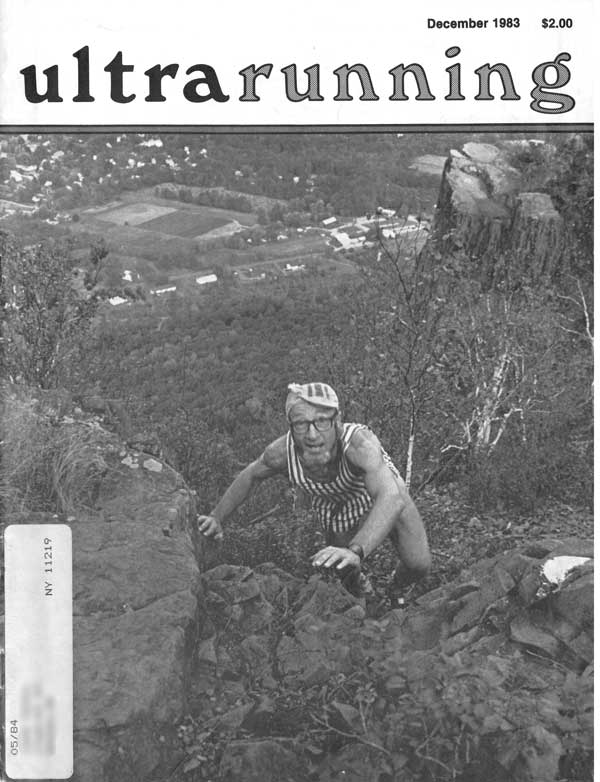 Reflections on a First ”DNF”

by Norm Spitzig
“Since when is running 40 miles in under 6 hours the mark of a failure?” my wife asked me — for about the fifth time. I didn’t respond. I was sitting in our hotel room in a sort of depressed fog, the product of cramped hamstrings, blistered feet, mild heat exhaustion and a strong case of self-commiseration.

“When the race is 50 miles,” I finally answered. My wife and I were in Chicago for the annual AMJA 50 mile/100 kilometer road race, an event for which I had trained especially hard. I had wanted to better my only previous 50 mile time and was relatively confident that I could do so.

But it simply was not to be. Although I passed the 30 mile point right on schedule. I knew then that I was in trouble. At that point the day had matured into one of absolutely gorgeous weather — high 70’s and shimmering blue skies perfect for everyone except an ultramarathoner. No matter how much liquid I drank, it was just not enough. The blistering feet, increasing anxiety over a lack of perspiration and cramping leg muscles over the next five miles combined to slow my pace to a walk and an occasional weak-willed, hobbled trot. When I finally reached the end of the fourth lap — 40 miles I knew that the rational thing to do was quit.

But, as my wife will heartily attest, distance runners are anything but rational! In all my years of running, this was my first DNF and it was psychologically hard to accept, even if it was the correct thing to do at the time. I’m pretty (at least now) sure I could have managed the last 10 miles in a couple of hours. Should I have done so. possibly risking an injury far more serious than sore muscles and a wounded ego?

In retrospect, I think I made the right decision by stopping. There will always be other runs, days when the right combination of training and temperature will produce that elusive “perfect run.” A DNF is not some sort of indelible black mark upon one’s running resume. If anything. I am more resolved than ever to run and finish — a good 50 miler or more sometime in the future. In the meantime, I’ll continue my usual daily runs for the same reasons I always have: because they are psychologically restful and physiologically exhilaratmg.

Ultramarathoners are, after all, a unique subspecies of runners. Most have amassed enough miles and years of running experience not to be overly concerned by one relatively bad performance. In fact, ultramarathoners seem to have escaped, at least to a degree, the contemporary runner’s fixation upon time as the sole measure of a successful run. (Perhaps if I had not been quite so time conscious at the start I would have been physically able to finish.)

So, although it is a bit tough for me to admit (but I will anyway, since my wife doesn’t read Ultrarunning), “Cody, you were right! Stopping is not always the mark of a failure.”