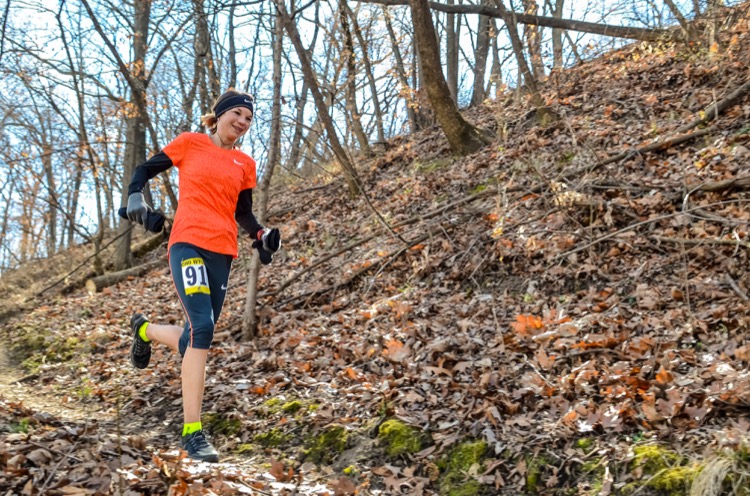 We couldn’t have ordered-up a more perfect day for the 13th annual Psycho Wyco Run Toto Run. The excellent course conditions, the perfect-for-running weather and the depth of field contributed to a lot of fast times and some great head-to-head competition this year. The 50k had a record 170 entrants with a record 133 finishers, and both 50k course records fell.

We were very happy to see Kaci Lickteig return to this race; the same race that she debuted her ultrarunning career just five short years ago. Kaci ran metronome-even splits on the three-loop course, breaking her own female course record (that she set five years ago), smiling the whole way and finishing in 4:09:27! Ann Marie Chappell of Country Club, Missouri took second place honors in 4:36:32, at her ultra-distance debut. Ann Marie, a running coach, is very new to trail running. She’s learned a lot from her fellow Trail Nerds in the past few months to add to her natural ability to adapt and conquer. Margaret Chamas of Smithville, Missouri finished just a couple of minutes behind Ann Marie, while Christy Swearingen (another local runner) finished fourth and most importantly, in sub-five-hours. With the talented field and great conditions, we had a record 25 runners finish sub-five this year. 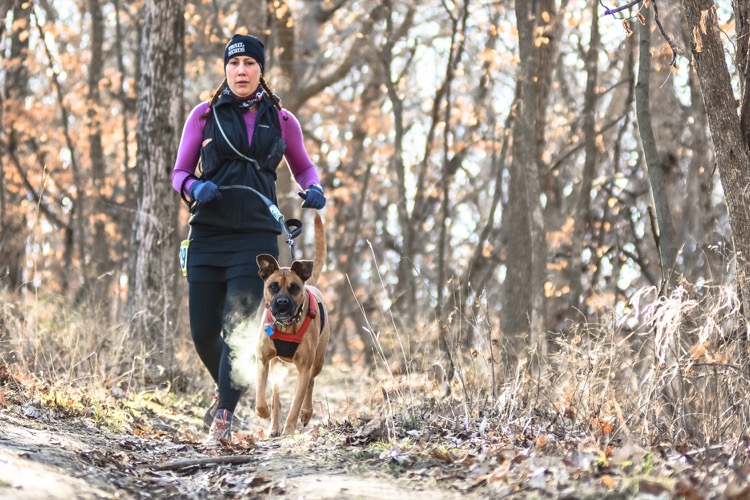 The male 50k record fell to the wayside by a full ten minutes. Joe Moore (of Manhattan, Kansas) raced his first ultra-distance trail race, finishing the hilly course in 3:44:15. There have only been four sub-four-hour finishes in the 13-year history of this race, with Scott Gall having succeeded twice at the task. We expect to see more greatness from this 2:18 marathoner-turned-trailrunner! Cory Logsdon (Omaha, Nebraska) also finished sub-four-hours to take second in 3:57:55. And local yokel, Cody Jones took third place in 4:06:47; Cody is a naturally talented athlete who normally competes in mountain bike or cyclocross events, but on occasion will toe the line at a trail running event. He invariably ends up with a podium finish, despite having had a beer (or two) on the starting line while also wearing various non-running-related articles of clothing. Cody is also a Master Homebrewer who welcomes the rest of the field to the finish line by generously sharing his liquid art. 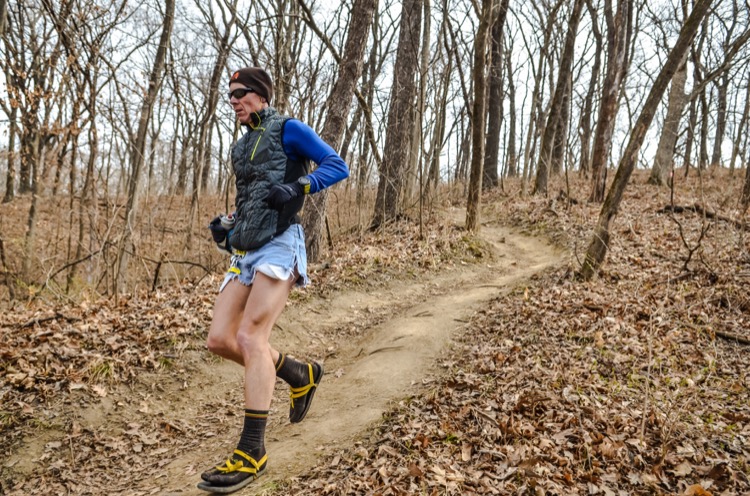 While this race attracts talented and experienced runners, it also attracts many first-time ultrarunners. I think this is mainly due to the “word being out” about our terrific Trail Nerd organization, our expert Trail Nerd and Mud Babe aid station volunteers, the tasty post-race chili by Sarah & Matt Ireland (my daughter and son-in-law), the three kegs of craft beer, the excellent swag and Mile 90 Photography photos, all topped off with the upbeat finish line music by DJ Perry. The course is a tough one by Midwest standards but the perks and friendly fun are what are remembered most.