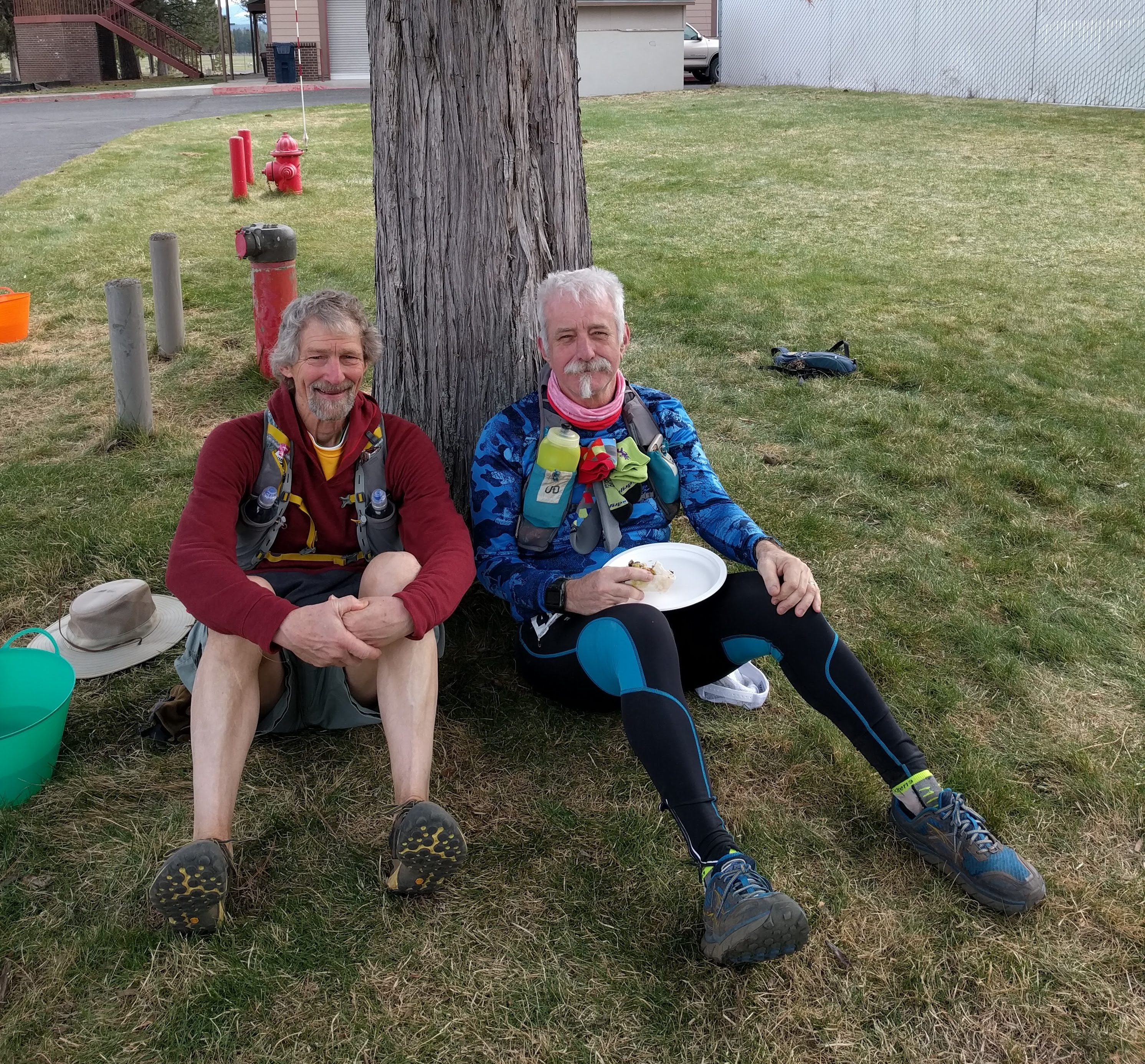 I first ran the Peterson Ridge Rumble 40-Mile two years ago – my first ultra. The final five miles felt like a death march. This year I was six weeks behind with my training, and I was getting old. This race was a 65th birthday present to myself.

I had planned to do a last long run of 25 miles two weeks before the race. But then I read Ann Trason’s column in the April issue of UltraRunning. She stressed the importance of resting for two or even three weeks prior to a race, writing that it was better to arrive at race day well-rested rather than over-trained. So, I ran nine miles two weeks before the race, did six miles a couple of days later, then three miles, and then nothing till the race. My anxiety built over the ten days of not running. I began bargaining with myself. If I could not finish 40 miles, surely I could do 30 and still brag to my non-running friends. Approaching the weekend, I just wanted to get it over. Pass or fail, do or die.

The night before the race, I worked and reworked my spreadsheet of pacing regimes, aiming to keep the first 25 to 30 miles as slow as possible, 10-12 minutes per mile, and still allow for a much slower pace the last seven miles or so. That’s when I drastically slowed last time. Also, according to my notes, I had eaten very little – four potatoes, five or six of my homemade cookies, and three gels. This time, I would stop at every aid station and eat more potatoes. Finally, I printed out my expected times for each aid station in large print and put the paper in a ziplock bag in my pocket. (This idea also came from Ann Trason’s article.)

Sunday morning, I was as ready as rest and a spreadsheet could make me. I ate my usual breakfast of rice, beans and eggs. It was cold, 22 degrees. I usually run without socks in New Balance Minimus shoes. I added socks. On top I wore four layers including a thin polyester hoodie. I wore a pack with two half-liter bottles on the front straps and in the back, a rain shell and my cookie stash.

Somewhere in the first three or four miles, I fell in with another old guy, Bob Baker. The pace felt way too slow, but I forced myself to stay with him, figuring this might help me avoid crashing and burning. I learned Bob was an experienced ultrarunner, so I strictly forbid myself to pass him. At the first aid station, instead of grabbing and running, I stopped and ate three potato pieces. I fell in with Bob again and ate a couple of cookies while we ran. A runner asked if we had any Vaseline. He was experiencing serious chafing. I had Glide in my pack. I tossed it him and ran on, feeling like a hero.

Through aid station five at mile 22 I ran close to my spreadsheet projections. Between mile 22 and 28, we ran a very slow pace. I could walk almost as fast as we were jogging. I was desperately impatient. But I kept reminding myself Bob had run more races than I, and longer races, and he was younger. So I stayed with Bob.

Coming into aid station six (mile 28), my right knee was bothering me. I had never experienced knee trouble before. It didn’t seem serious, but affected my running. I decided to push on at a faster pace. Except for my knee, I was feeling fine approaching the last aid station at mile 35. I lingered too long. Bob came running down the hill. He refueled quickly, and we hit the trail again together. Surprise! I was unable to keep up. He disappeared.

I finished in 9:30, 26 minutes slower than my spreadsheet predicted, five minutes ahead of last place. I was able to get my own burrito and sat with Bob to eat it. The post-race euphoria continued to build through the week. Even now, a month later as I write this, as I recall the race, I’m flying again. I never got tired. My right knee never hurt. It wasn’t cold. The sun shone all day. I’m in glory.