Basic summary: Breathability isn’t optimal for intense aerobic activity, but for long outings in the cold, the Micro Puff is an excellent option as an external layer for dry conditions or a midlayer in winter precipitation.

Sometimes it’s hard to tell what’s going on with Patagonia’s product innovations. As a standard bearer in responsible sourcing and manufacturing techniques, many of the company’s process improvements either take place behind the scenes (for example, using Fair Trade Certified factories for fleece production), or aren’t obvious to the untrained eye (such as increasing its use of post-consumer content for insulating materials). That’s not the case with their new Micro Puff Hoody, which features innovations that are easy to see and feel. 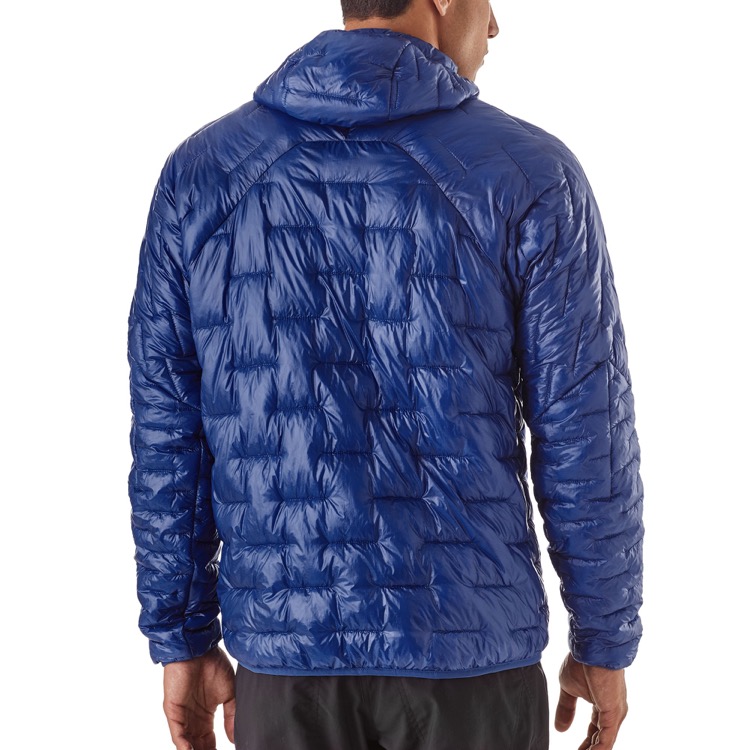 The first thing you’ll notice is the appearance of the shell, made from a superthin nylon ripstop called Pertex Quantum GL that is Patagonia’s lightest external shell fabric. It has a somewhat glossy finish and is excellent at blocking wind. The quilting is somewhat nontraditional in that it combines offset blocks of differing sizes that are generally larger than typical blocks of synthetic down jackets. The decreased number of quilting seams allows heat to move more freely throughout the jacket, creating consistent distribution of warmth rather than having temperature variation either from front to back or between the trunk and extremities.

This quilting design is only possible thanks to a key innovation on the inside: Patagonia’s new PlumaFill insulation, a featherlight synthetic material that replicates the structure and function of down, but is constructed in hyperthin filaments rather than loose fibers, so it doesn’t migrate or clump within the jacket like down does over time. Less migration means less fewer quilted baffles are needed to hold the insulation in place. 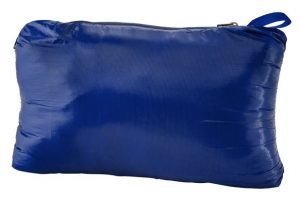 Because it’s a synthetic material, PrimaFill insulation maintains warmth even when wet, and has strong resiliency to restore its loft after being compressed. However, it is comparable to natural down in its warmth to weight effectiveness, and packs down much more tightly than any of Patagonia’s previous synthetic insulating materials. Like many midlayer jackets, the Micro Puff packs down into one of its own pockets – but unlike most similar products, it’s possible to squeeze the Micro Puff about 50% smaller after it’s packed away.

To maximize its compressibility and keep weight to a minimum, the Micro Puff Hoody is intentionally constructed with few additional features aside from two zippered hand pockets that are also drop-in pouches on the interior of the jacket. The cuffs and hood collar both have “passive adjustability” systems – a fancy way of saying they use soft elastic rather than Velcro, pullcords, or other fasteners. The hood is form-fitting and doesn’t tighten down, but it stays in place well and moves comfortably without compromising vision as you turn your head. It’s easy to wear a compact headlamp under the hood and still maintain insulation around your head and neck. 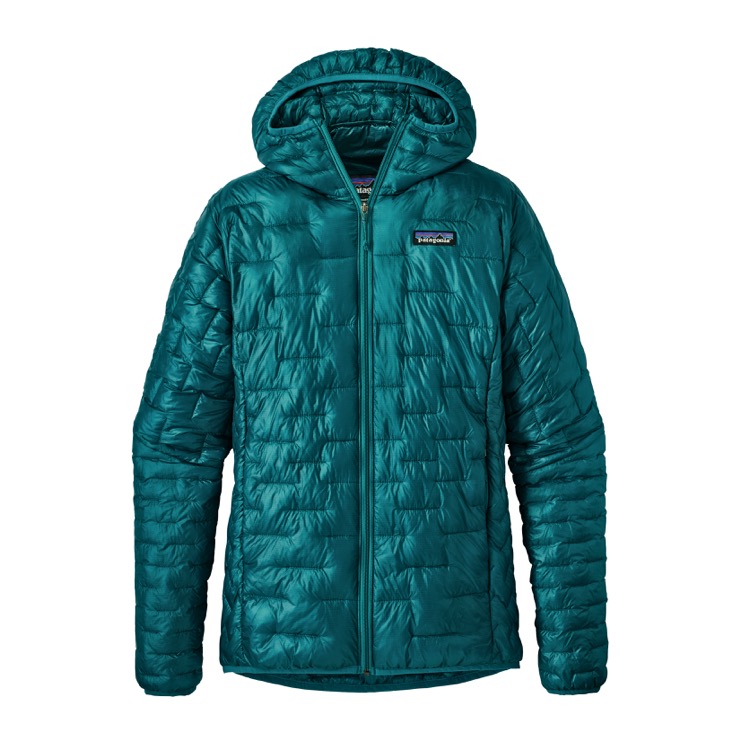 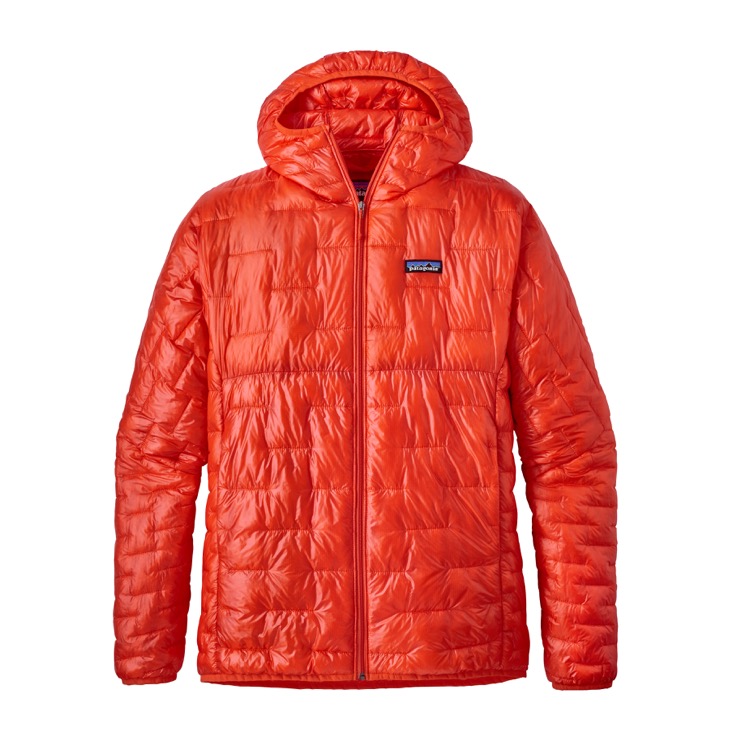 Patagonia’s Micro Puff is currently only available in the hoody style, but a non-hooded version is expected for early 2018. It is available in men’s and women’s versions at www.patagonia.com.