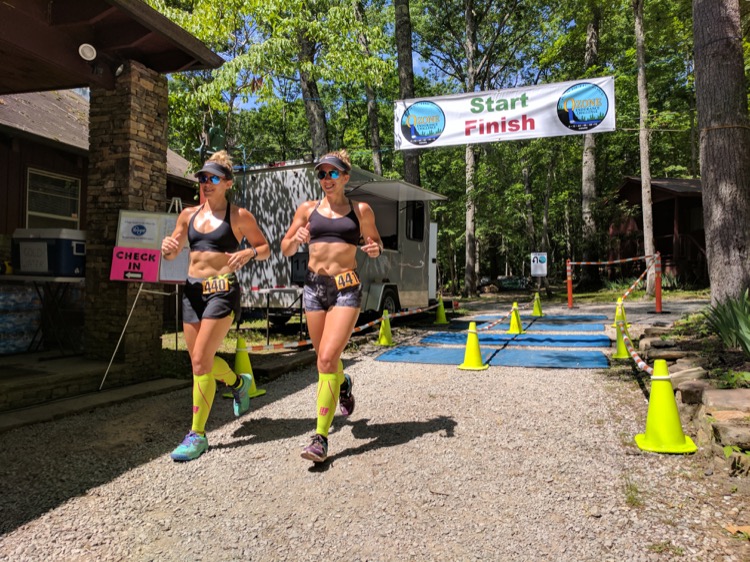 Shelley and Wendy Cernel take third and fourth place together in the 24-hour race with 80 miles. Photo: Will Jorgensen

Tucked away in the forested East Tennessee hills of the Cumberland Plateau lies Camp Ozone. The camp, which typically serves as the headquarters for summer youth programs, has also become known as the home for the Ozone Endurance Run. In 2016, Race Director Will Jorgensen, who is known for the highly successful and rapidly growing Pistol Ultra Run, unleashed his considerable ultrarunning skill set on a group of willing participants. The inaugural race had a simple goal: run as many laps as you could around a two-mile scenic and shady course surrounding the lake that feeds nearby Ozone Falls. Participants could choose from a number of events ranging from six to 48 hours. 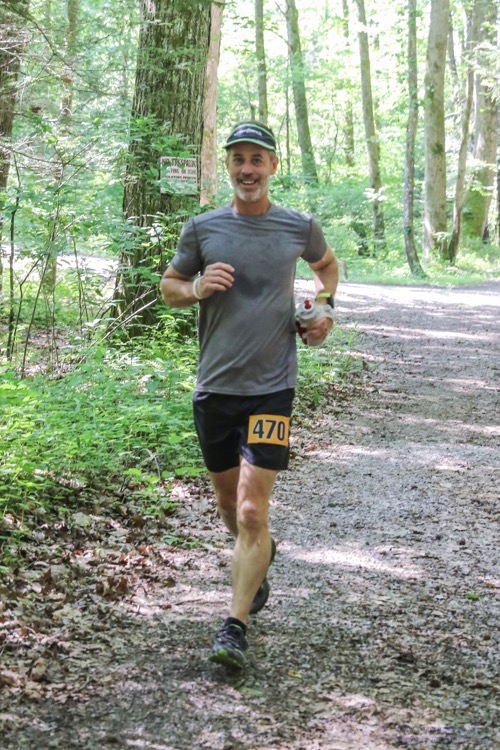 Unable to discourage the original group of participants, the second installment of the Ozone Endurance Run was held the first weekend in June 2017. The simplicity of the inaugural race was left intact. However, this time around, “Zoners” were offered a new twist with the additional option of a 72-hour event.

There were impressive performances in all race categories. Most notably, the iron will of James Barnard resulted in another dominant performance to the tune of 264 incredible miles over the three days of effort. His course-record accomplishment was celebrated by crossing the finish line with newborn son James III.

A number of other Zoners achieved personal bests, including 26 participants reaching the 100-mile mark, many for the first time. Two of the hundo-finishing Zoners were 12 year-old twins, Jackson and Jameson Sellers, who along with their dad Mitch, hit the high mark distance for the first time. The boys achieved history thanks to their perseverance and the caring guidance of mom and dad ensuring that sleep and nutrition were not comprised along the way. To top it off, the boys brought an infectious positive attitude that was contagious among the field. 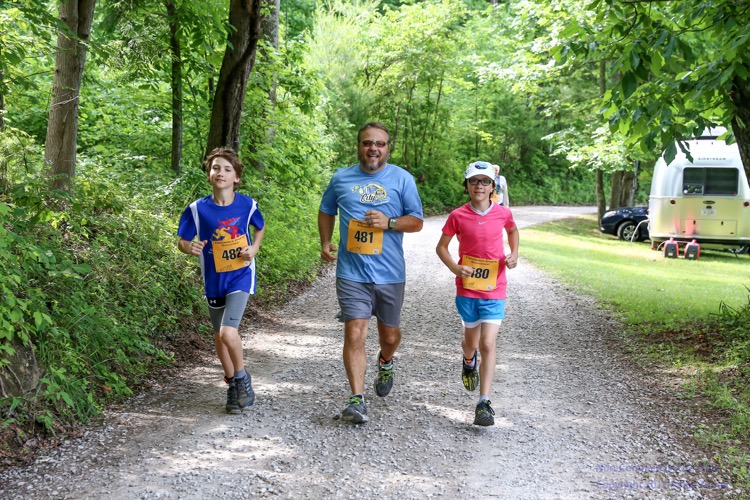 12-year-old twins Jameson and Jackson Sellers running with their dad Mitch in the 72-hour race. All three made it to 100 miles for the first time by the end. Photo: Ethan Turner

The dazzling feats accomplished over the three day event were made possible because of the tireless support from volunteers who devoted countless hours around the clock, making sure there was a variety of hot/cold and unusual foods; providing cold beverages and popsicles to battle the heat; rapidly tending to blisters and medical needs; and providing much encouragement. 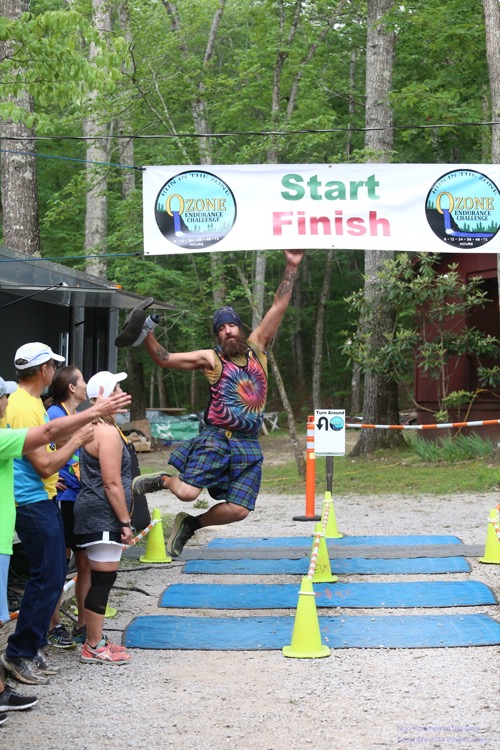 Despite the impressive miles achieved by so many, the real storyline of this year’s event was the camaraderie shared among all multi-day participants. The race format fostered a supportive, friendly and very social atmosphere. On each lap I observed laughter, engaging conversations, and high-fives… someone always there to pick you up through the inevitable lows that come with so many hours on your feet. It certainly helped me achieve my race goals and another life-long memory. Something surprising and unexpected also happened along the way… we Zoners became a family.

Author’s Note: In 2018, Mad Scientist/Director Will Jorgensen will try once more to break the Zoners with a new 96 Hour Event. Be afraid! Be very afraid!