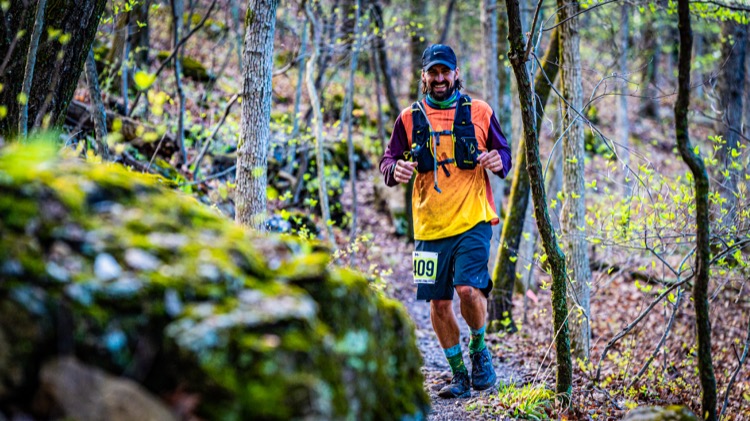 When I found out that Terrain Trail Runners was adding a 100-mile distance to its Ozark Foothills lineup, I was beyond excited. This is a first-of-its-kind for the greater St. Louis area. We have a strong trail and ultrarunning community, but somewhat lack in the availability of races over 50 miles.

I do most of my long training runs at Greensfelder County Park which is also where the Ozark Foothills races are held. This is where runners will find the most challenging, scenic and diverse trail system in St. Louis. Period. Bottom line, when running in St. Louis, this is where to go should you feel like getting your butt kicked. I was excited to really push myself and see what I could do on my “home turf.” 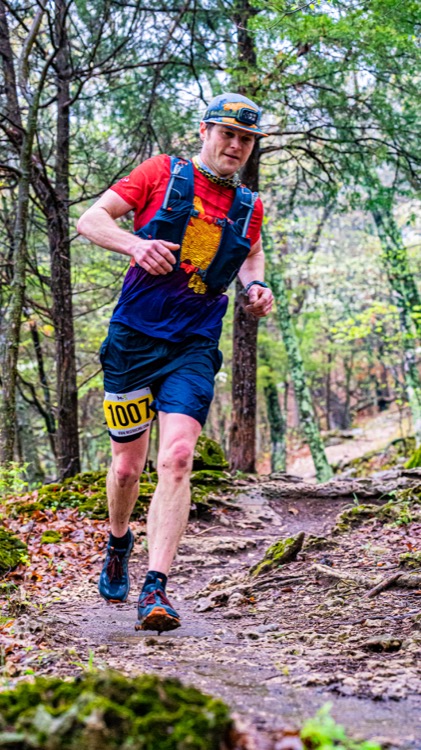 Terrain Trail Runners hosts several ultras each year and I’ve run most of them, so I knew the Ozark Foothills 100 would not disappoint. (For the record, there are also 25K, marathon, 50K and 50-mile options.)

Of course, 100-mile races make for a long day, and lots can happen. Spring weather in the Midwest is notoriously unpredictable, with April conditions ranging from the upper 80s to hailstorms and everything in between. Flash floods are frequent in this area, and spring tornados are not uncommon.

Race day brought relentless rain and wind advisories and having run on the Greensfelder trail system so much, I knew it could withstand excess precipitation. But what would unfold throughout the day?

For the first two loops, 90% of the trail was messy but runnable. My feet were soaked from the multiple creek crossings, but I was able to hold a consistent pace and came off my second loop about 20 minutes ahead of schedule.

Ozark Foothills allows for pacers to join after 50 miles, and I picked up my first pacer for loop three. Around mile 60, it seemed like the trails hit their breaking point. With multiple distances offered on race weekend, by the time I hit my halfway point, the trail was hosting 100-mile, 50-mile, and 50k runners. High traffic and heavy rain turned sections that were previously runnable into soul-sucking mud pits that significantly slowed my pace. When I came in from loop three, it was becoming pretty clear to me that a PR was slipping out of my reach.

I picked up my final pacer near midnight around mile 80, with the rain still coming down. My goal was to hold my fourth-place position and hopefully finish in sub-24 hours, but I was beat down and knew this last loop was going to be a death march. 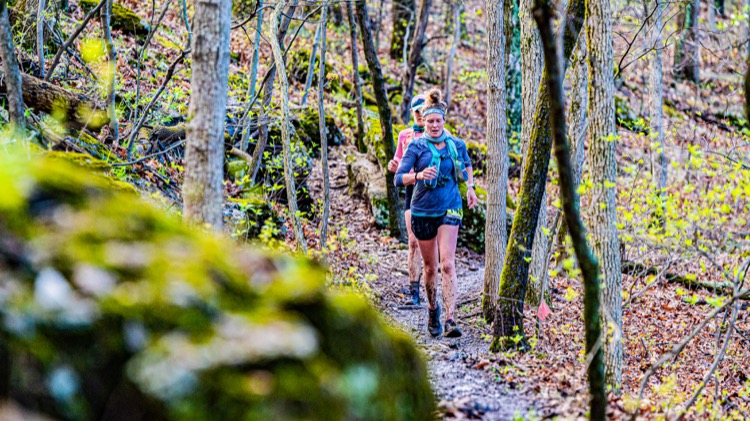 Aid stations varied from 4-7 miles apart and were a welcoming beacon on the cold, wet night. As always, Terrain Trail Runners’ races include enthusiastic volunteers who were attentive and supportive. My nutrition plan for 100-milers is to consume gels and powdered drink mix during the day and move on to solid foods at night. Tater tots, quesadillas, ramen and broth, along with other aid station snacks and nibbles, were readily available.

However, my lows seemed lower and longer than they had in my previous 100-mile races. Around five miles from the finish, I was done. I convinced my pacer, George, to allow me a three-minute micro nap. I really wanted five minutes, but I knew George would say no. I hit the ground and woke up three minutes later feeling alert enough to continue the shuffle down to Round House Aid Station.

Sunrises always revitalize me, and though I typically aim for a pre-dawn finish, they supply that natural high I love to chase. My 25:30:58 finish was far beyond my goal, but boy was I glad to be done. I was completely humbled not only by the weather and terrain, but by the distance as well.

Great job! I was in STL that weekend expected to race the 25K but could not due to an injury. I knew the conditions would be harsh due to the rain and was thinking about all of you out there! Way to go!!!