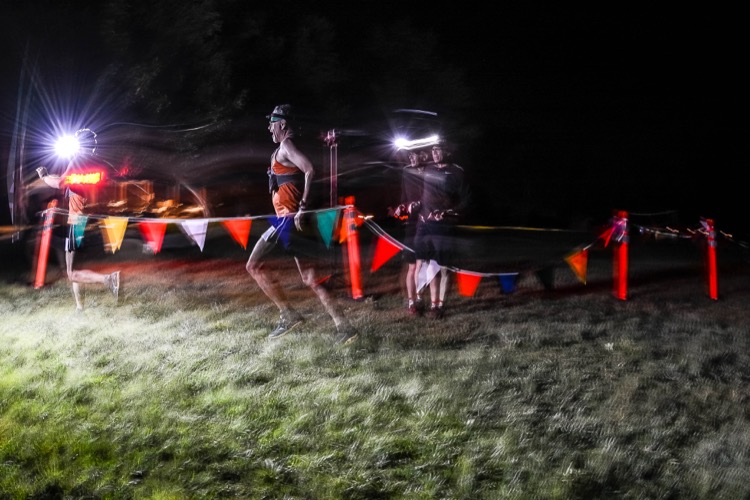 Daniel Silva of Indianapolis, Indiana is a blur in the finish chute. Photo: Rick Mayo/Mile 90 Photography.

Summer in Kansas can get brutally hot and humid so that is why the Lawrence Trail Hawks came up with the Night Hawk. It’s a chance to run a trail ultra at night when summertime temps can be a bit cooler. This year the stars lined up perfectly for a beautiful night to spend running through the woods. Rainy days prior to the event made for a muddy mess on the Clinton Lake North Shore Trails, but they dried out just in time for the race.

We had a total of 89 runners toe the line for three different distances, including 30 for the 50k. The 10.3-mile course meant the 50k runners had to run three loops. Our first-place male finisher, Chad Wooderson, set a new course record in a time of 5:24:21. Jack Jones and Nate Birkhead finished second and third place, respectively. Ami Weidler-Hyten set the female course record with her first-place finish in a time of 6:26:07. Brooke Watson and Gabrie Burriss took second and third place for the women, respectively. Not only was this Brooke’s and Gabrie’s first ever ultra, it was also their first trail race and first night race for each of them. They both showed a lot of grit out there. Brooke signed up on the day of the race (on a whim) to make up for not setting a PR in a road 5k that same morning, while Gabrie fought through stomach issues and vomiting. 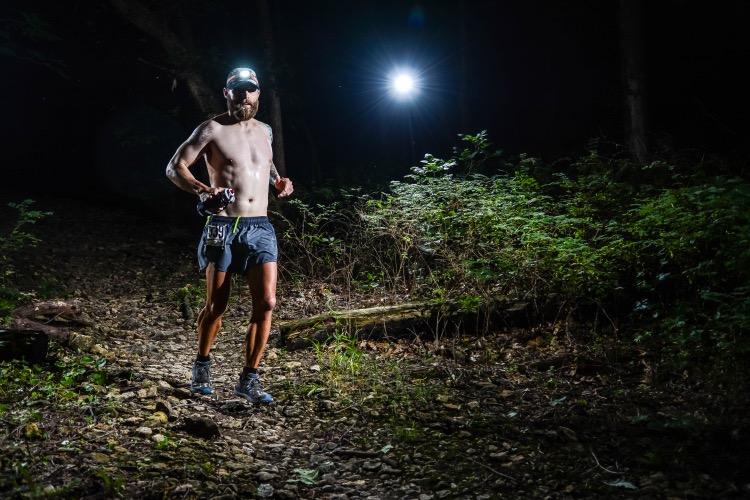 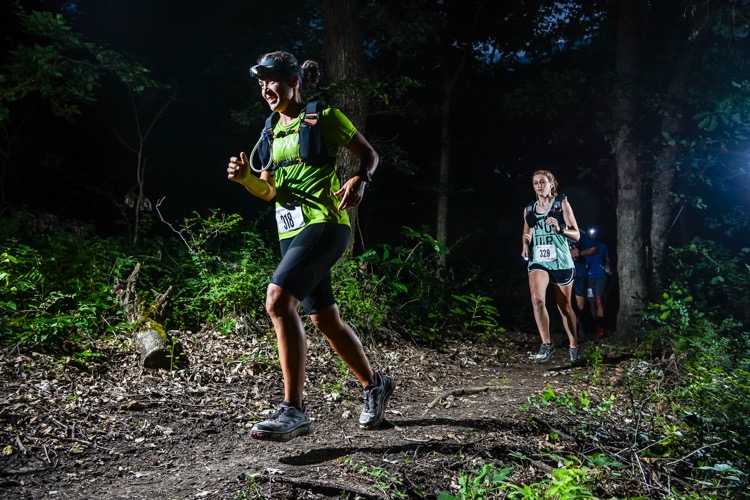 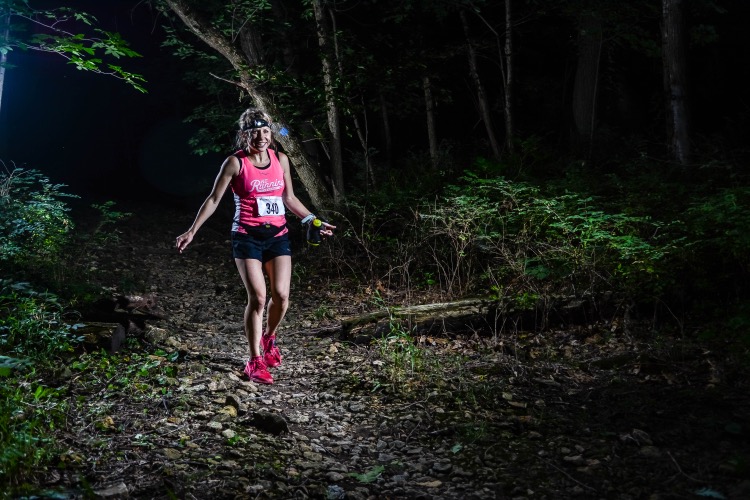 After missing a PR in a 5k earlier in the day, Brooke Watson decided a 50k night race on trails would be a good way to make up for it. She took second place in her first ultra. Photo: Rick Mayo/Mile 90 Photography.

The third year of the Night Hawk resulted in some pretty amazing feats by several runners. As anyone who is familiar with trail and ultrarunning knows, we are always amazed at our fellow runners’ stories. We had the pleasure of meeting Russell Cheney of Torrance, California, who is attempting to run an ultra in every state. He chose our 50k to be his Kansas ultra, and I believe it was his 34th state. Although he missed the cutoff, he completed the distance so we gave him credit for finishing the race. 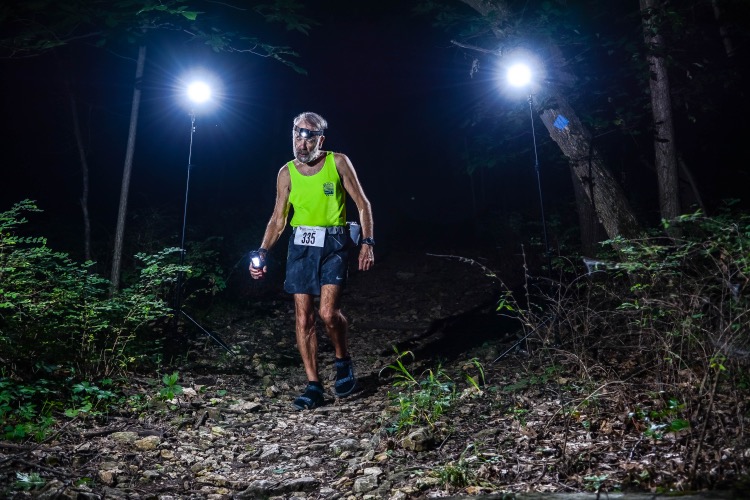 75-year-old Russell Cheney chose this technical night race as the Kansas leg of his effort to run an ultra in every state. Photo: Rick Mayo/Mile 90 Photography.

We had one runner who, upon finishing the 10-miler, graciously refused her finisher awards to go back out to complete another loop and claim her 20-miler finisher award (her longest run ever). We had another 50k runner drop at 20 miles only to return her finisher award to me 15 minutes later and go back out for her third loop and her first 50k finish. That was our first “undrop” racer. So yes, we allow take-backs – or is it give-backs?

We are also happy to report that this year we kept all the runners out of the emergency room and had significantly fewer drops than last year. Our volunteers once again did an outstanding job in giving attention to each and every runner. They definitely earned their trail karma working through the night. All in all, it was a perfect night on beautiful trails with our amazing community of trail and ultra-runners.