UltrAspire entered the lighting market in an unconventional way by starting with body-mounted products rather than classic headlamps. With the new Oculus, they’re now in the headlamp game but continue to stick with their typical style of category-shifting innovation. We tested this new lamp along with an update to a popular favorite, the Lumen 600 Waist Light, which has been streamlined with an improved fit. Both products were used during early morning trail runs plus an all-night effort during a team relay in the mountains, where we encountered a variety of terrain including snow, mud, sand, dirt, roots, rocks and scree. 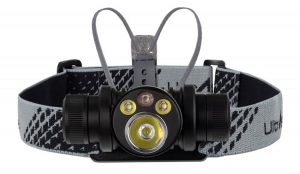 At 5.3 oz, the Oculus headlamp is heavier (and also larger than most compact headlamps), but comparable to higher-powered external battery headlamps. The excess bulk is noticeable for those who are accustomed to compact lamps, but over time it becomes less of an issue. This is due to a secure strap system with a wider circumferential headband plus thinner top straps that effectively minimize bouncing. The Oculus provides a powerful stream of light in either flood, spot, or red light modes that are adjustable by twisting the external bulb casing. Brightness settings are variable between 200, 400 or 650 with the push of a large top button, and both the button and twist features are easily manageable with gloved fingers. While the button and dial are easy to operate, the lamp itself is a little rigid to rotate while changing the direction of the light. 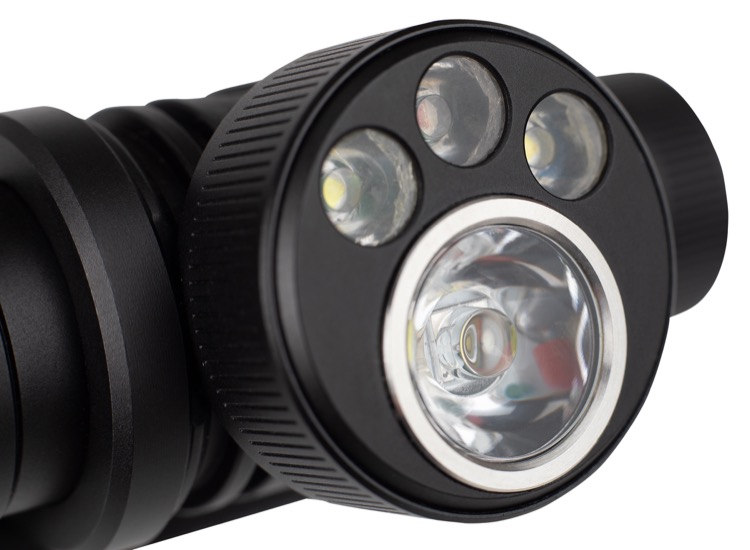 The Oculus uses UltrAspire’s proprietary 18650 battery (the same one used on the Lumen 600 3.0 belt, below), which fully recharges in approximately four hours through a magnetic port without needing to be removed from the casing. Each of the lamps in this review comes with one 18650 battery, and additional batteries can be purchased from the website for $13; this is your only option for having a second power source since the lamps are not compatible with traditional alkaline or rechargeable batteries.

This version of the 3.0 Waist Light features a 30% reduction in the size and weight from the previous version, with similar functionality, improved weather resistance and better versatility of use. Most importantly, the 600-lumen flood light is remarkable in power and clarity; it casts a very wide beam that illuminates the ground evenly, rather than displaying a brighter light in the center and dimming on the periphery. This distribution of light is especially helpful to diminish the tunnel vision effect from following a narrow cone of light throughout the night. Because the light is worn lower to the ground, it is much more effective at highlighting uneven surfaces on the ground ahead (as well as any nocturnal creatures) which was very noticeable during our testing. Similar to the Oculus, operation of the Lumen 600 3.0 is easy to manage with a large button, this time on the right side of the casing. We had no trouble adjusting brightness or positioning the beam when fumbling around in the dark. This button is larger than the prior 2.0 version, and the change is a definite improvement.

The Lumen 600 3.0 attaches to a lightweight limited stretch elastic belt that rides comfortably with a snug feel and allows minimal bouncing of the light. The conical-shaped belt connects and disconnects with a “fatigue-free” right-sided buckle that was easy to use, but adjusting the sizing on the fly can be a little cumbersome. A mesh rear pocket is large enough for a phone, small flask (like UltrAspire’s Formula 250 flask) or a Houdini-style jacket, and has a key clip for secure attachment. This pocket is removable if you only want the light source without any excess bulk. Like the Oculus headlamp, the Lumen 600 3.0 uses the 18650 battery, but its burn time is slightly lower, so you have to be attentive to the brightness settings during a long night. This one died on us during the all-night relay and because we didn’t have a replacement battery handy, we needed to take it out of use for recharging. 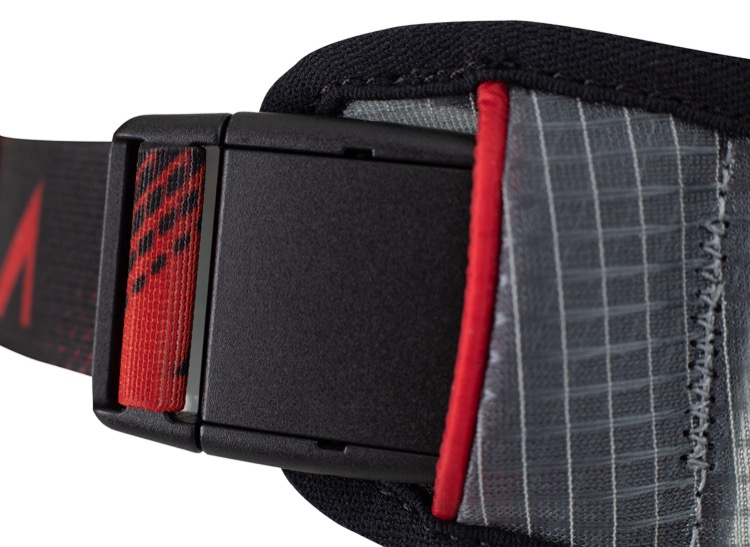 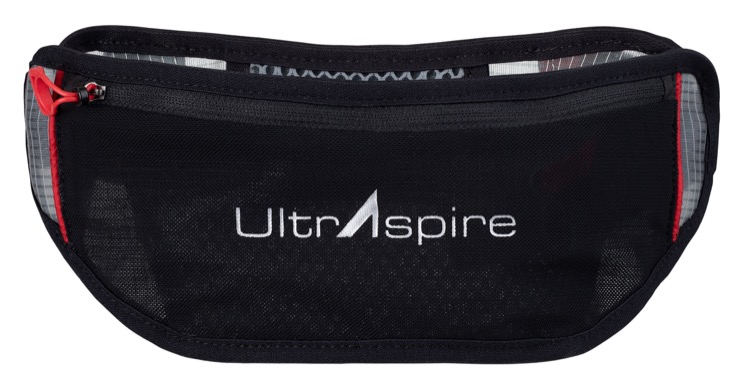 The UltrAspire Lumen 650 Oculus Headlamp and Lumen 600 3.0 Waist Light are both available at www.ultraspire.com.