When I saw the pictures and videos of the Never Summer 100K race, I knew I had to run there. Every year I like to run a destination race somewhere beautiful. Never Summer in remote mountains of Northern Colorado captivated me with its stunning beauty, and became my epic ultra for 2018. But there was only one minor issue. The race averages an elevation of 10,500 feet and goes up to 12,000 feet, but I live at 50 feet above sea level and would need to find a way to train for altitude.

Fifty-six, step and plant pole, 57, step and plant. Climbing up North Diamond Peak, above the tree line, on a 30% grade straight up towards the race’s pinnacle, was draining all my power. Fifty-eight, 59, 60! I had expected to struggle on the high altitude climbs, but feeling out of breath for 21 miles was quite surprising. Each climb above 10,500 feet seemed to progressively reduce my ability to move upwards.

I tried to take the first 20 miles easy, yet was working harder as the course rolled on. Included in the early race were two long, challenging climbs, intermingled with beautiful fields of wild flowers and mountain lakes. The panoramic vista from Lake Agnes, with its crystal waters, back-dropped by jagged peaks and patches of snow strewn about, was one of the most breathtaking views I’ve ever seen in a race. 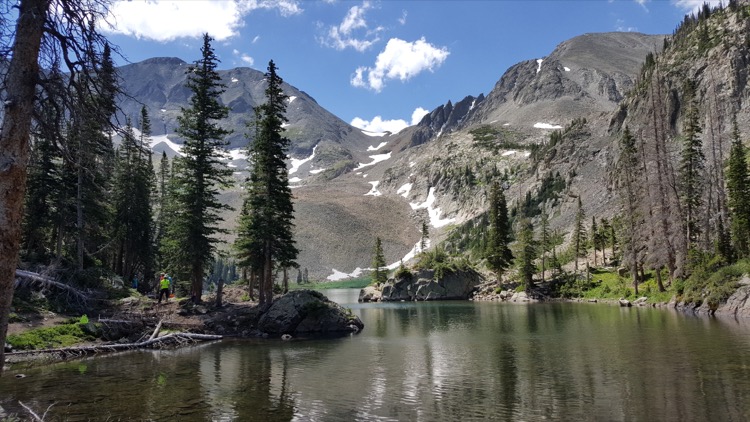 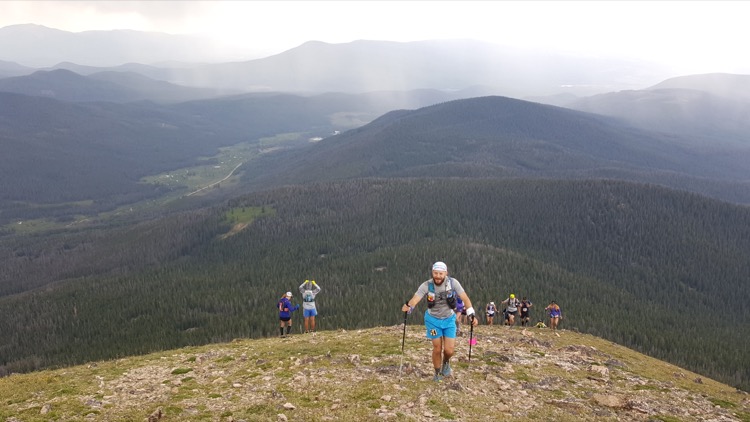 Reaching the peak of North Diamond, we were greeted with 30 mph winds and hail. Several times, a group of us would stop under trees, or drop down from high trails to seek shelter, waiting for the storm to ease. Each time we would again set off, the hail would return, as if to taunt us.

My second fall occurred in mile 34 when I caught a toe, went down on all fours and cut my other knee. After a brief outburst in frustration, I got moving and cleaned off in a nearby creek. I then realized two things. There was a multi-mile downhill ahead, and the mental brain fog that settled in at mile 18 was starting to lift. I was beginning to feel better and started moving well.

Heading towards the aid station at mile 50 I was still running really well. That doesn’t usually happen late in a race. After darkness arrived, I continued to move with ease, as my thoughts bounced between ‘Am I dreaming this?’ and ‘When is the big bonk going to occur?’ It didn’t happen. The last two climbs were more manageable than estimated and I finished much better than expected, especially given the huge difficulties of the first half.

The Never Summer 100K is an amazingly gorgeous, yet rugged and tough race. It is an adventure worth experiencing. Whether due to its high altitude climbs, running through picturesque fields of wildflower, or spectacular views of mountain lakes, it will take your breath away.