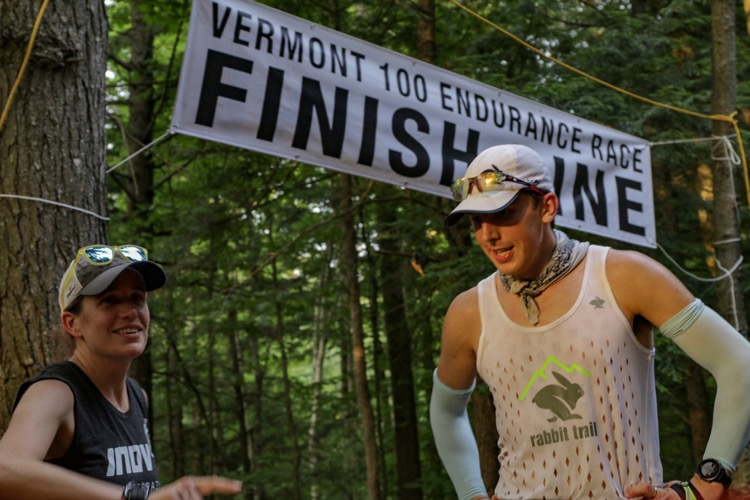 Managing the Stress of Race Directing

If you peek behind the curtain of any race, you might (or might not) be surprised by how on the verge of chaos things can be. After many years of race directing, I’ve actually started getting more nervous when things aren’t going wrong or when there isn’t an issue to resolve. However, my goal is always to remain duck-like through the process: calm above the water no matter how desperately the legs are working below the surface.

After a long COVID-related hiatus in race directing, I had been looking forward to dusting off the RD cobwebs with this year’s Chesterfield Gorge Ultra. The event, which typically occurs at the end of May, took place in mid-July this year. In the months leading up to the race, much of my energy on contingency planning had focused on how to keep runners cool during what would likely be a hot and humid July day, and how to maintain the grass along the route so that runners weren’t awarded a tick for finishing the race. Beyond the typical race planning, these were my biggest concerns and where I spent most of my time planning. Of course, the biggest obstacle was one that I had not thought to consider.

Two days before this year’s Chesterfield Gorge Ultra, I got a phone call from the local Army Corps of Engineers Ranger. This event runs over the Knightville Dam which is Army Corps property and used as flood control for the downstream large metropolitan areas of Westfield and West Springfield. Hurricane Elsa was working her way up the coast and was predicted to drop 2-5 inches of rain the day before the race. It meant that the last mile of our course might be underwater and inaccessible for the event.

In talking to the Army Corps Ranger, his first question was, “How far in advance do you need to cancel the race?” Internally, I was freaking out – I had to cancel everything I was slated to direct over the past 15 months due to COVID, and now weather was threatening to force another cancellation? Below the surface, my duck legs were paddling like crazy. Luckily, my above-water duck-like calm allowed me to consider the adjustments we could make along the course and communicate that with the Ranger. We could start the event later in the day to allow the river level to drop and have runners do a shorter out-and-back to avoid any flooded sections. Even if the Army Corps completely pulled their permit for the event, a modified version of the race was still possible.

From there, I had to immediately communicate with my volunteer coordinator what the various contingencies might be and of course, calmly communicate what adjustments might be made with the runners. No matter how much my head was spinning with various scenarios and solutions, my communication with everyone needed to be calm and controlled and portray confidence that everything was okay.

This experience reminded me that it’s never the things you worry about that go wrong, so it’s important to remain calm in the face of chaos. How could I envision that someone would unmark a short portion of single track and cause the entire field of runners to create a flash mob at mile 3? Should I have foreseen the possibility of finding a rotting deer in the middle of the race course, a few hours before the start? How should I plan for being chewed out by local emergency services after a collapsed runner ignored their instructions and determinedly continued on after being told to stay in place, causing the emergency crews to chase him down a mountain? You can’t make this stuff up. These are all real examples of emergencies that I’ve had to manage during an event while simultaneously smiling, cheering runners on and reassuring volunteers that we’re under control.

At the end of the day, the Chesterfield Gorge race was a success and luckily, I was able to maintain a duck-like attitude throughout.

Yep, race directing to a T. I always get compliments on how organized, how fun, etc. my races are. If they could only see my feet paddling furiously beneath the surface and the decisions that have to be made on the fly to ensure that the race goes off with as few hitches as possible.