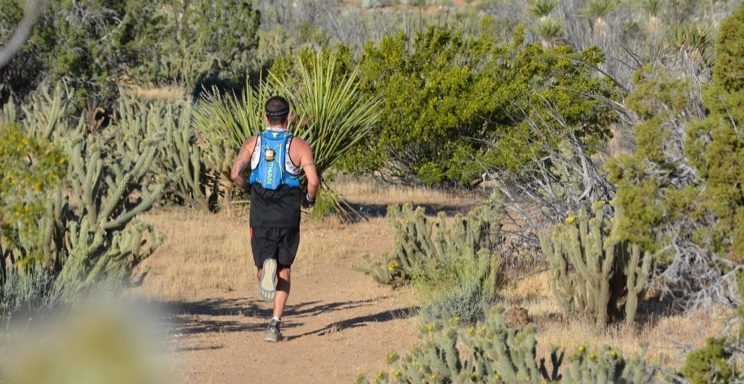 The success and impact of this year’s point-to-point Lost Boys 50 Mile Trail Run (LB50) is not measured by the number of entrants. Running and volunteering at the LB50 echoes of a time in our ultrarunning world long past: small bands of tough men and women being dropped in the middle of nowhere fighting their way through a relentlessly tough course, enjoying together the beauty of the desert and the mountains with no audience but themselves and a bit of wildlife.

Runners assembled on the desert floor at 1,100 foot elevation for the 5:00 a.m. start, an hour before sunrise. They tromped uphill through desert trails and washes climbing over a series of boulders and dry waterfalls, eventually bumping into the base of the Laguna Mountain range. More climbs and scenic green single-track trails, babbling brooks and stream crossings, the runners reached the top of Cuyamaca Peak at 6,512 feet, then finally finished at the edge of Cuyamaca Lake. 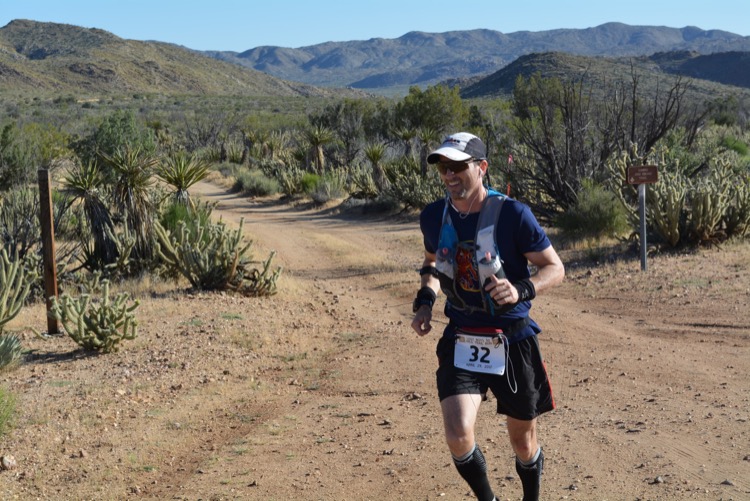 Andrew Glover in the first half of the course, which runs through desert washes, canyons and mountain valleys. Photo: Brian Gonzales 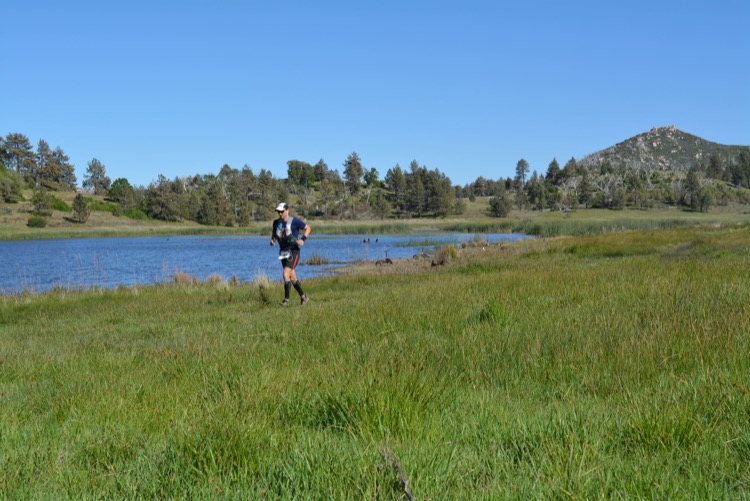 Andrew Glover enjoys the lush alpine environment in the second half of the course. Photo: Brian Gonzales

Shortly after the first aid station, local Ricky Roane split off from the rest and maintained the lead for the duration of the race punching in his win in 8:02:16. Ricky ran relaxed and light footed making the very tough look very easy, finishing 1 hour and 40 minutes ahead of the next runner! 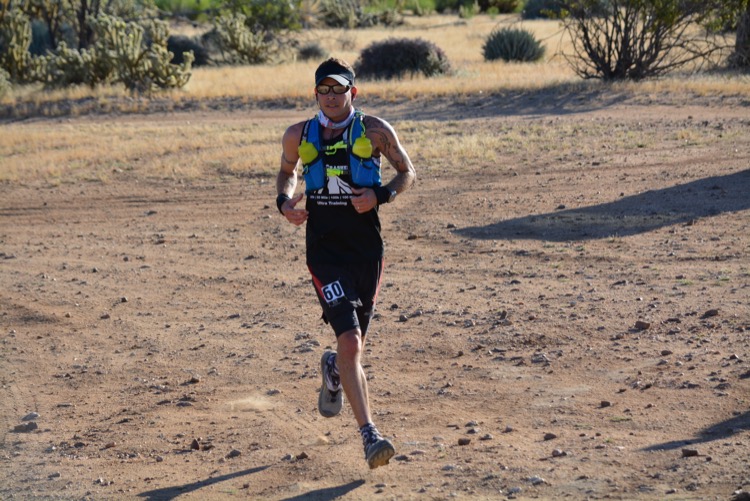 Something crazy and explosive went down for the next handful of runners. As each of them punched in at the finish, some major energy, hype and excitement crossed the line with them. Backing up a bit—as these runners exited the last aid station, Cuaymaca Peak, Paul Chamberlain was in fifth. On 45-mile legs the course hits the rockiest and most technical trail in the race named Los Conejos. Something clicked inside of Paul and he decided to throw it down. Paul turned it up and flew down Los Canejos passing two runners. Victor Rodriguez staved off Paul’s attack and clinched second with Paul punching the number three spot. 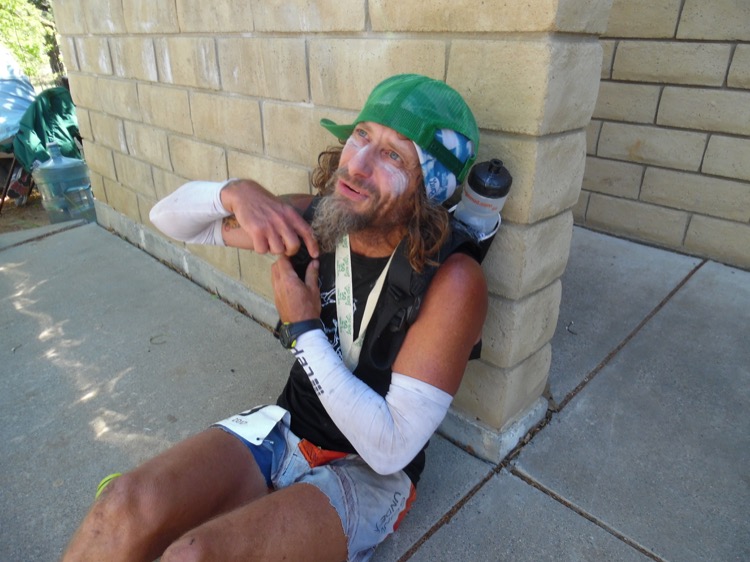 Andi Ramer ran a strong race and won it for the women in 11:09:20. All the remaining runners enjoyed perfect weather and tough trails as they battled the climbs and crossed the finish line. You can see it in their faces at the finish: this is a life-changing event, even for veteran ultrarunners. There is nothing easy about the LB50 race but is it ever worth it.

We have officially revived this old-school race, established in 1991, and I continue to say that we are quietly, in an unknown corner of the ultrarunning world, building something great.

Congratulations to the runners and thank you to the incredible volunteers in the San Diego running community!