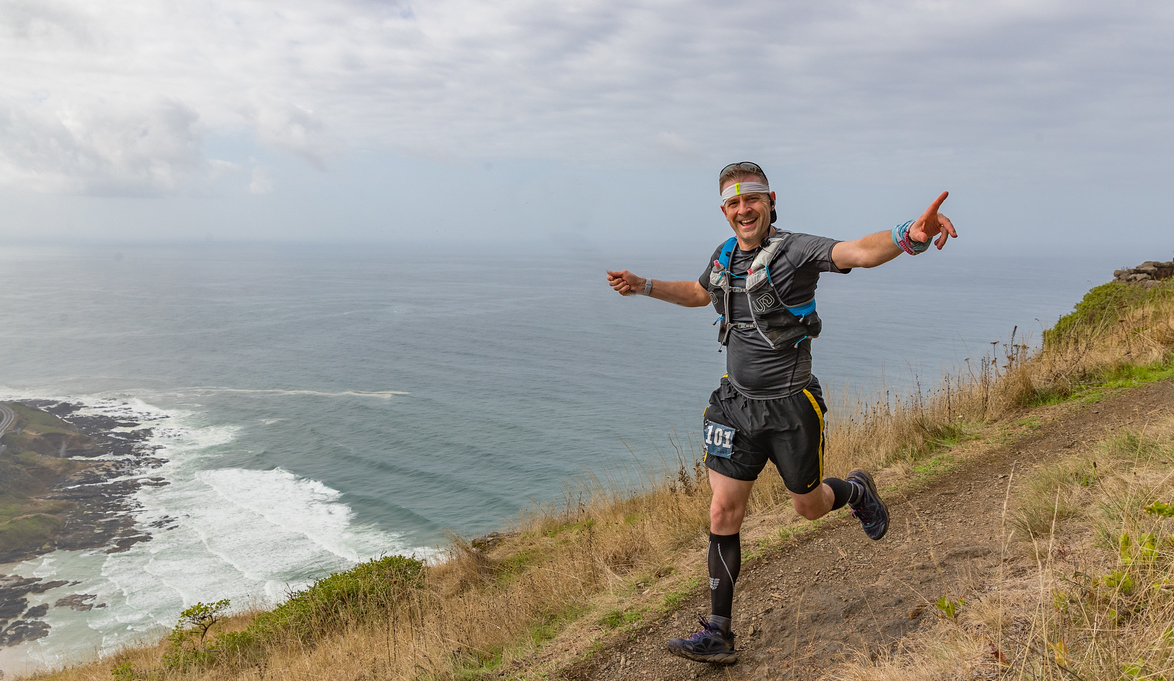 Looking Back At The First Year

Think back to your first year running ultramarathons. Remember those nerves that stemmed from stepping into the unknown? How many times did you ask yourself if you’d be able to go the distance? What did crossing the finish line of your very first ultra do for your confidence? After planning to run a winter 25K in 2017, Mark Friess decided to venture out for a second loop and see if he’d be able to tackle the 50K distance. With little training, he traversed a mud-ridden course and crossed the finish line in seven and a half hours. That turned out to be just the beginning of a very adventurous first year in ultrarunning.

As a father of four and CEO of a software company, Mark maintained his fitness by pursuing athletic endeavors like marathons and triathlons. However, memories of running with his father on trails near his childhood home in Oregon’s Willamette Valley remain as some of his most vivid adventures. While researching his ancestral roots, Mark  found that he also had family who settled in northwest England, just five miles from where the Bob Graham 24-Hour Club originated. Members of this exclusive club must successfully complete The Bob Graham Round – a 66-mile, 27,000-foot circuit of 42 of the highest peaks in the English Lake District – all within 24 hours. Each summer, 100 ultra fell runners attempt this feat with only one in three actually finishing the challenge within the allotted time frame. Upon discovering this epic quest, Mark knew he’d found a reason to continue training for more ultras, while reconnecting with his heritage.

With a 50K under his belt, he began following a training plan, changed his diet and prioritized his long runs. After losing 20 pounds, he completed his second 50K in a personal best that was over two hours faster than his first. Motivated by his long-term goal and a new PR, Mark immersed himself in the ultrarunning community by volunteering and signing up for future races, including his first 50-miler last November. Ultras are unlike any of the races he’s ever run and looking back, Mark says he feels like trail running has brought him back to those childhood adventures he experienced while growing up in Oregon.

Like most long distance runners, Mark’s desire to test the limits of what his body can do continues to grow. As he enters his second year of ultrarunning, he’s already put a 100-miler on the calendar and sees himself stepping up to bucket list races in the future. For now, his successful completion of both the 50K and 50-mile distances has given him the confidence to pursue more adventures and push himself a little further while he sets his sights on the Bob Graham 24-Hour Club. For now he says, “Testing what I can do reflects how I live my life and the energy I put into it. Only you can carry yourself to the finish line.”