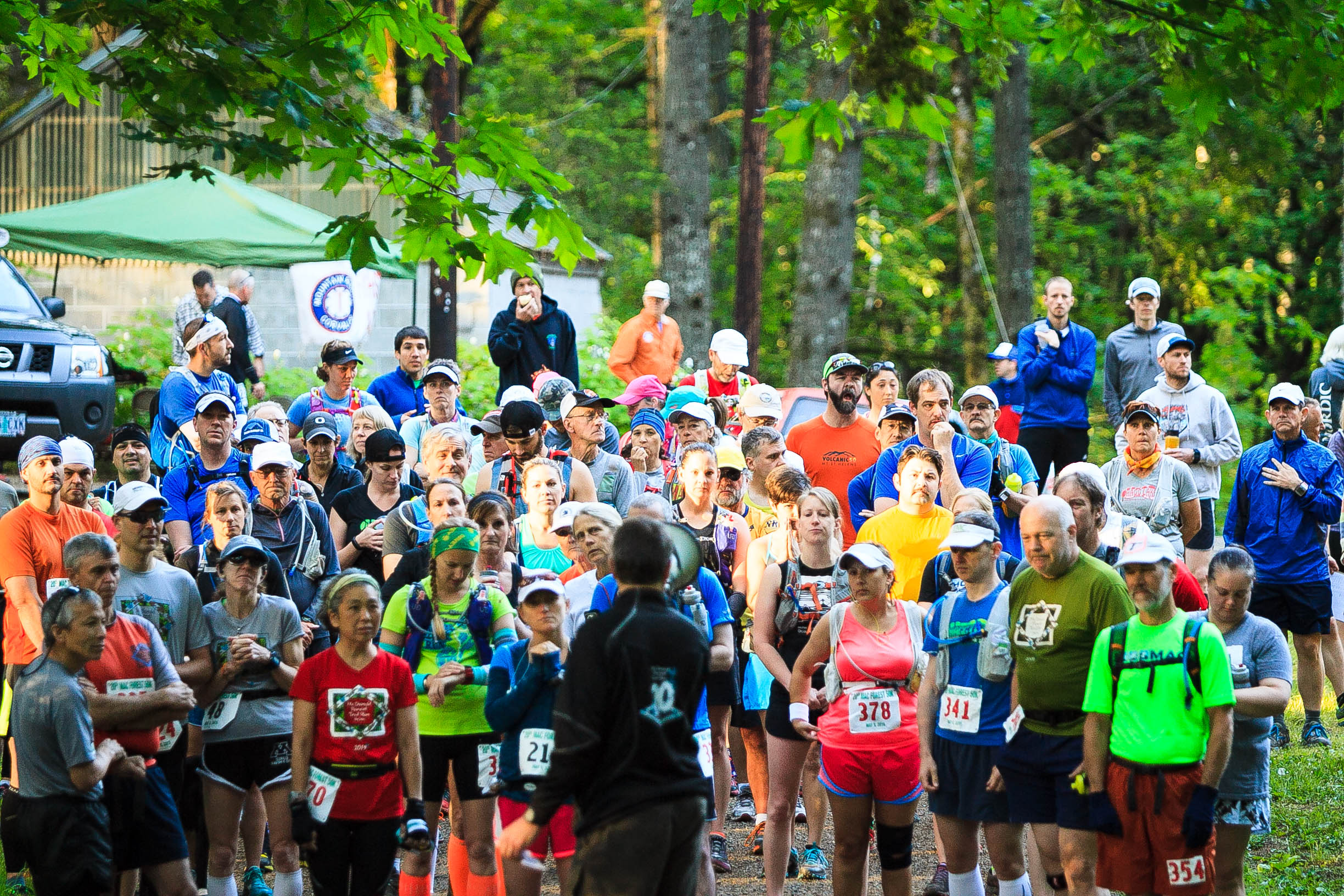 Runners at the start of the 2015 McDonald Forest 50K. Photo: Michael Lebowitz

Loneliness Is A Misconception

During the hour just before dusk, I was on a trail in the Columbia River Gorge trying to chase a cutoff during the Gorge Waterfalls 100K. Everything around me was already dark due to the tall Douglas fir trees and thick vegetation. My headlamp was at the next aid station which still seemed miles away. No other runners were within sight, and I was feeling more alone with each footstep. But that wouldn’t last long. Just a couple miles later I arrived and while I ended up missing the cutoff, I was surrounded by fellow runners who had also just missed their window of time. Hugs and encouraging words were plentiful as each of our races had ended prematurely. The loneliness had been difficult to endure, but was only temporary.

In a sport that requires spending long hours on remote trails, many consider ultrarunning a solitary one. And while the effort is yours and yours alone, ultrarunners are just the opposite – a close knit community of deeply connected individuals who are known for their honesty and devotion. Training requires hours of time that’s often spent pushing personal limits, while each race is a celebratory gathering of sorts. Encouraging one another and doing what we love surrounded by others who feel the same, means we are rarely lonely.

For the past few months I’ve been training for another 100K. My fears and anxiety of finishing the distance have been muted by support from fellow ultrarunners who’ve been helpful and encouraging during training runs, and over the occasional beer. Being in this sport can be tough when it comes to explaining your “hobby” to the outside world, and I think it makes our community that much closer.  Geeking out over race courses is not something I can do with friends or family, but it’s how I bond with my running crew.

At a local race a few weeks ago, I saw familiar faces and received hugs from longtime friends. I was reminded how much it means to spend time with those in the ultrarunning community, and how they are some of the most incredible people I’ve ever met. While I only get to see them once or twice each year, I know that the friendships will last a lifetime.  Running ultras might appear to be an independent endeavor, but we all share a kinship for running on trails that’s far from lonely.