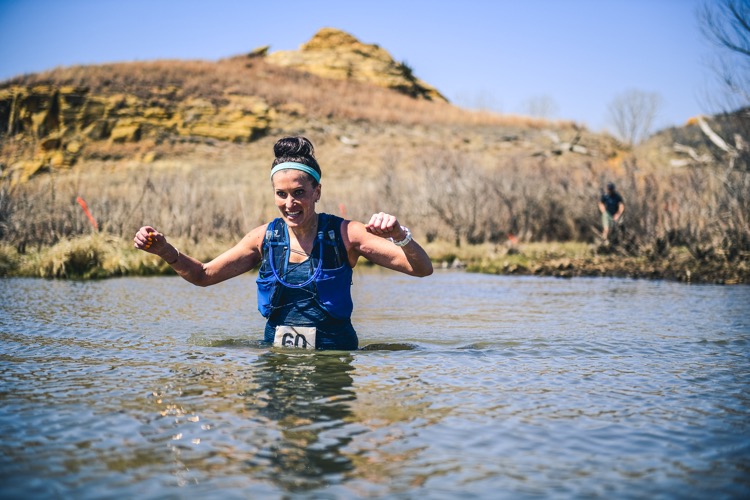 Mindy Coolman, first female finisher in the 50K race, at one of the deeper water crossings. Photo: Rick Mayo/Mile 90 Photography

As one of the oldest ultras in Kansas, Rockin’ K has had time to develop a bit of a reputation. One loop on the course gives you a marathon—but at over 27 miles, everyone knows it as the “marathon that’s really an ultra.” Two loops on the course gets you to 50 miles—if you had the gumption to leave the warmth of the shelter house at the end of your first loop.

Over time, even seasoned ultrarunners decided the heavy marathon was enough, and the number of 50-mile entrants dwindled. In 2019, only five 50-mile runners completed the race. Meanwhile, the number of marathon entrants remained steady. 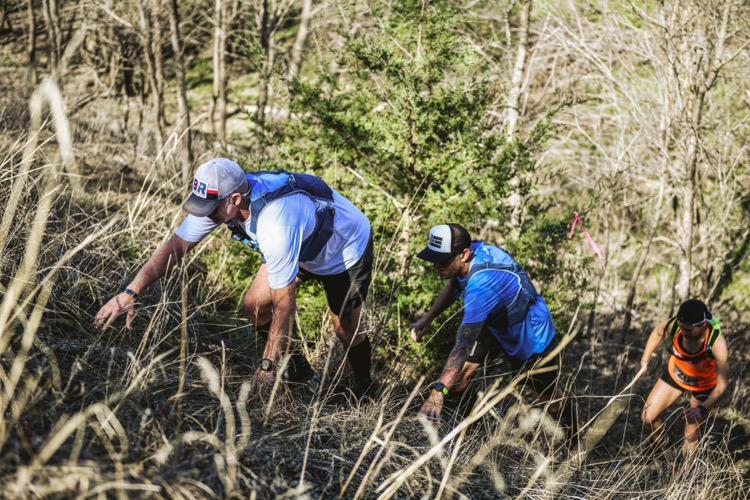 Noting that trend, the race organization decided to retire the 50-miler (for now) and introduced the Rockin’ K 50K. Now runners can choose between a “marathon that’s really an ultra,” or they can run an actual ultra. This year, 42 people started the marathon and 28 started the inaugural 50K. Without the allure of looping through the start/finish area, only one runner dropped from each distance, giving the event a 97% finisher rate. “Although we did need to do a little convincing on a few runners,” added Race Director Elden Galano.

This year’s event took place after the obligatory COVID-19 break of 2020. “We were happy to see everyone in person again,” said Galano. “We were together but kept contact to a minimum. Although we enjoyed each other’s company we did not linger and also kept our distance as much as possible.” 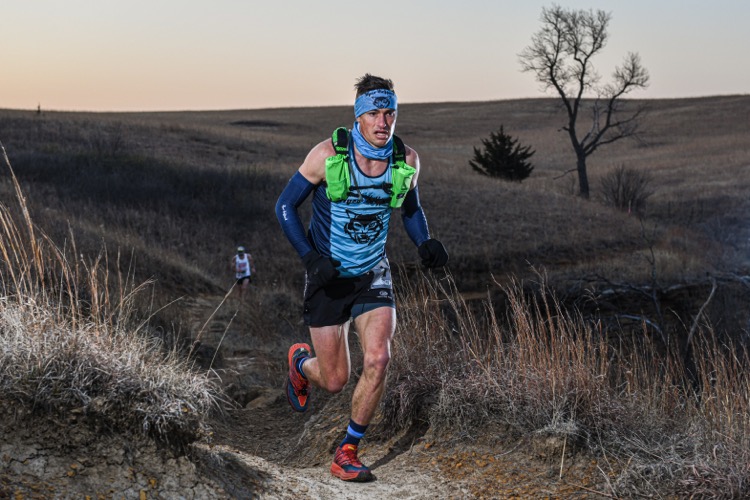 Cody Jones is in front at sunrise in the marathon. Photo: Kristi Mayo/Mile 90 Photography

In the marathon, Cody Jones of Kansas City, Kansas, aggressively chased the record of 3:28:01 (set in 2019 by Byron Critchfield), but came in just 49 seconds late. Brady Poskin of Kansas City, Missouri, set the bar for the inaugural Rockin’ K 50K with a winning time of 4:46:42. 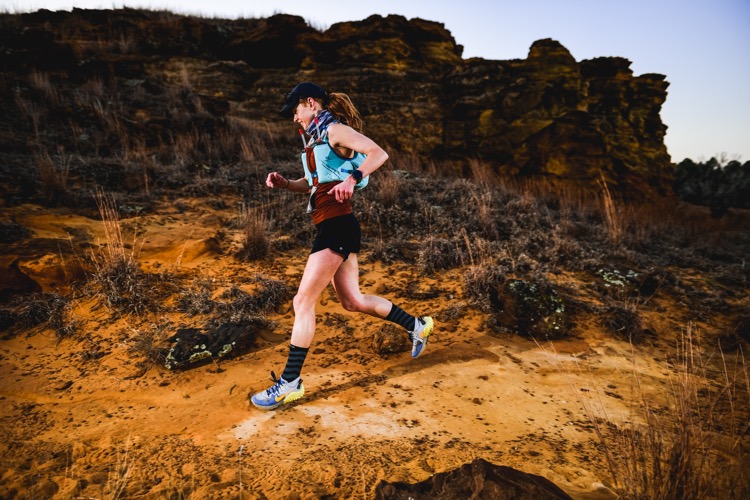 In the 50K, right behind Poskin was David Hoff of Golden, Colorado, finishing second in 4:52:25; and perennial podium-finisher Todd Nott of Plattsmouth, Nebraska, took third in 4:59:11. On the ladies’ side, another perennial competitor, Mindy Coolman of Omaha, Nebraska, finished first in 6:02:47; Andrea Carter of St George, Kansas, finished second in 6:43:06; and Stefanie Bieberle of Derby, Kansas, finished third in 7:15:21.