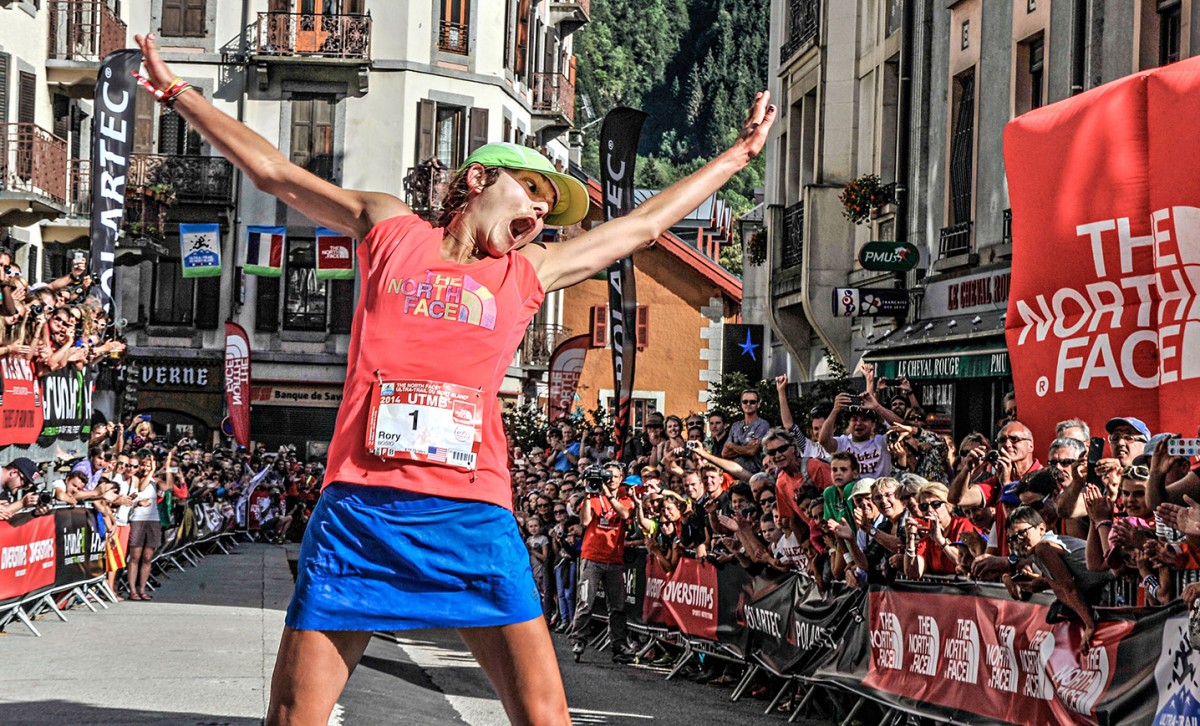 Rory Bosio crosses the finish line of the 2014 UTMB. Photo: The North Face

It Takes A Village

Think back to the first run on the trails that got you hooked. Maybe a friend invited you along, or it was an organized adventure. It could have been that you simply felt like running singletrack instead of hiking it. However you came upon trail running, there were probably some key individuals who introduced you to the sport. Unfortunately, it seems like we are the minority.  Maybe because it’s difficult to get out and run in the mountains. Or maybe, we need to spread a little more encouragement about the magic and wonder that is ultrarunning.

When asked about her initiation into the sport, elite runner Amy Sproston mentioned a group of female ultrarunners in Washington D.C. who helped her get the bug.  She began by training with them on trails throughout the east coast, and eventually, found herself running internationally.  Recently, Amy joined a group of women in Afghanistan on behalf of the organization, Free to Run. By helping introduce females from conflicted areas to the sport of running, she was able to spread her love of sport to a population of girls and women who had previously been denied opportunities to play because of their gender. Typically, most Afghan women are married after the age of 15, seen as subordinate to men, and subjected to a life of limited freedom.

While Free to Run reaches out to countries where women are in desperate need of opportunities to overcome their outdated cultures, it’s not hard to think back to 1972 when the United States passed Title IX – a law prohibiting anyone from being excluded from any activity due to their sex. And it wasn’t that long ago when it was pretty hard to find an introduction to the sport of road running. Back then, ultrarunning was like a secret underground club requiring a password for admission.

As a female who has been running for most of my life, it’s hard to forget those early years of intimidation due to lack of confidence and poor body image. Raised in the 80’s and 90’s, I had been taught to hold back and not push so hard, when all I wanted to do was push harder. Finding a friend to run with was next to impossible and when I finally did, never had the confidence to keep up. Experience also tells me that I’m not alone.  These are emotions I went through early in my running career, and after years of training, racing and finding camaraderie on the trails, I’ve discovered my true self. But there are runners still struggling with negative emotions keeping them from enjoying a sport that should be a positive endeavor 100% of the time.

While some beginning runners struggle, it’s easy for us to side-step encouragement and forget that others might need a simple introduction to the sport of ultrarunning. But a few words of optimism and belief can be the pillars which keep both females and males believing that they can do whatever they put their minds to, whether it’s running five miles, or 100. Because everyone deserves the opportunity to go out and try, and no one should have to do it alone.