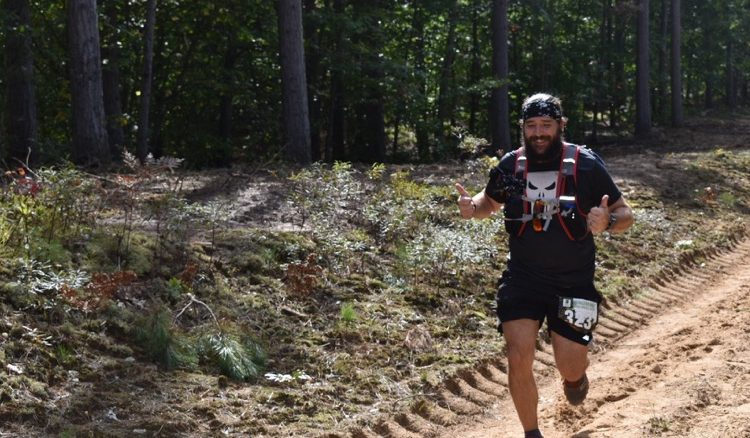 Sandwiched. This year, runners at Hungerford found themselves sandwiched not between two pieces of bread or trees or other obstacles, but rather quite pleasantly between two days of rain. Ideal conditions for a fall trail race in West Michigan led to fast times, as well as multiple first-time 50-mile finishes.

In the days leading up to the race, runners and race directors kept their eyes on the forecast. With a few days to go, potential nighttime rains of 1-2 inches promised to make things very interesting for the folks traveling from 10 different states (as well as Canada and Germany). Revised projections prevailed, and the rain was relegated to around half an inch on the night before race day. Runners, organizers and volunteers rejoiced, and the course was tamped-down for good conditions.

In the front of the pack was first place finisher Tobias Krumm of Rosatch, Germany, who was leading in the early stages, and set a current course record and second-fastest time ever at Hungerford, in 6:46. On the women’s side, in her 50-mile debut, was champ Emily Van Tol of Ada, MI, in a time of 8:31. 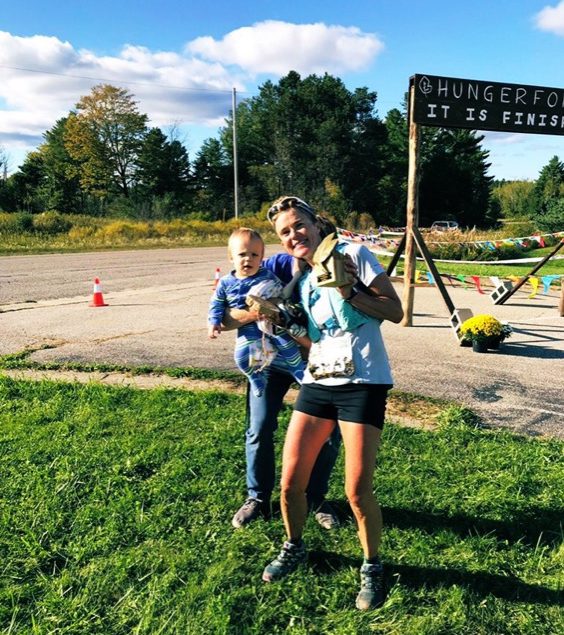 Hungerford legend Laura Waldo of Ludington, MI, finished her fifth 50-miler at Hungerford before sunset. She also raced to a fifth top-three finish in a time of 9:27, earning another wood-burned notch on her ultra stick. Laura became the first five-time 50-mile finisher at the race during a year that also saw several other runners earning multiple notches.

It was a privilege to be a part of all the memorable experiences had by runners this year. The diverse terrain and trails at Hungerford – weaving through the Huron-Manistee National Forest and West Michigan countryside – continue to provide a beautiful backdrop for runners who come to achieve their goals. Like so many RDs across the country, sharing these stories is truly why we do what we do. Congratulations to our 2019 finishers – we look forward to the eighth edition of Hungerford in 2020.

Additionally – and pardon the omission – Emily Van Tol not only won the race, but also set the women’s all-time record at Hungerford. Incredible!