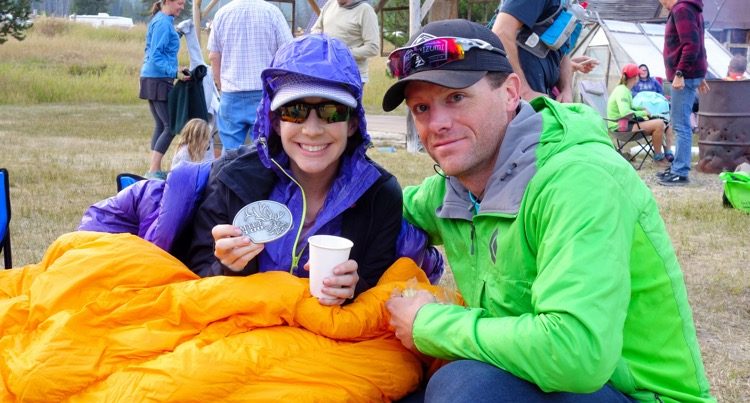 How a Traumatic Brain Injury Turned My Husband Into an Ultrarunner

If you ask him, he will say he is a cyclist. He was a cyclist when we met. I was the runner. Even with the more than 800 running miles he logged last year, the 25k, marathon, and 50ks he finished, he denies being a “runner.” Yet every Tuesday and Thursday morning for the last year, this “non-runner” has been out of bed at 5 a.m. to do group speed and hill workouts.

When I ran my first 50k in 2011, he said there was no way he would ever run that distance. After that, he started to find some enjoyment in trail running through the winter months when he couldn’t be on his bike as much. Then in 2014, we both went back to that same 50k…and my cyclist husband beat me by more than an hour. After the race he said he was done; he did it to prove he could, but it wasn’t something he ever wanted to do again. He just wanted to get back on his bike. I continued to train and finished the Run Rabbit Run 50-Mile that fall. After that I started toying around with the idea of a 100-miler, but with the time commitment involved in that level of training, I told him I would only do it if he was supportive of the idea. In October, he bought me Hal Koerner’s Field Guide to Ultrarunning for my birthday and said he would support me when I was ready. 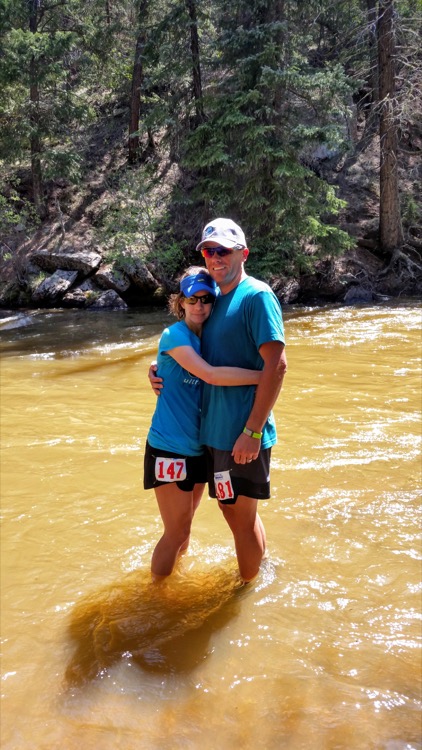 Although I didn’t start riding until we met, I have no qualms about labeling myself as a runner and a cyclist. I have tried in vain to convince him those labels aren’t mutually exclusive. It is possible to be both. In our eight years together, we have done some incredible road biking. We went to France for a two week cycling trip through the Pyrenees in 2012, with big climbs everyday like Col Du Tourmalet and Col d’Aubisque. It was hard and humbling and we loved it. We were thrilled to go back in August 2015 to ride from Vienna, Austria to Venice, Italy crossing through the Dolomites. Only six days into this dream vacation, a dog ran into my bicycle and the resulting concussion changed our lives.

The doctor at the Austrian hospital told me I would feel better in a couple of weeks, however in the weeks and months following the crash I had countless doctors visits, physical therapy, cognitive therapy and vision therapy with very little improvement. I experienced denial, anger, fear, grief, depression, and a sense of isolation that was almost unbearable. They talked about post-concussion syndrome and mild traumatic brain injury (TBI), which I had never heard of before. My daily symptoms included vertigo, dizziness, fatigue, poor memory, vision problems, slow processing, confusion, migraines, light and sound sensitivity, and a general mental fog. I’ve seen some great descriptions of this fog – it can feel like a hangover or being underwater, a giant heavy blanket, or being outside your own body. I was not able to return to work. I couldn’t drive, buy groceries, read, or spend time watching TV or being on the computer. So I walked. At first I would get exhausted walking around the block, but I kept increasing it, and would go out several times a day just to stop staring at the walls of our house.

By November I started to run. First it was a few steps, and then a few yards, and even at those incredibly short distances I knew it was what I needed. I knew if I could run, I would be okay. It was a painfully slow process, but I wasn’t a stranger to rehab and I celebrated every little milestone: the day I ran a full minute, the day I ran a full mile. When I was running, the fog lifted. My head felt clear and it was the only time I felt like myself.

In January I told my husband I still wanted to do the Run Rabbit Run 100-Mile. Outlining a rough training schedule on a calendar, I thought in nine months it would be possible. I thought in nine months the TBI would be a thing of the past. Of course it seemed ridiculous at that moment; I could run a very slow five miles by that point, and here I was talking about registering for a 100-mile race. But he didn’t laugh at me. I think he knew I needed to do it. He asked how he could help me. And that is how my cyclist husband began his training. Every Tuesday and Thursday morning  he would drive me to the group workouts with my coach and he did the workouts. He mapped out running routes for me. He drove me to trailheads for long runs on the weekends. He organized my gear. He organized my food. He drove me to races. He registered and ran a 50k with me to make sure I would be okay in my first post-TBI ultra, even though he hadn’t run over 15 miles and his feet were killing him. Over that year, he was chauffeur, crew, cheerleader, pacer and human crutch. He literally held me up as I hobbled across the finish line of the Run Rabbit Run 100 on a sprained ankle. My cyclist husband had paced me the last 31 miles. 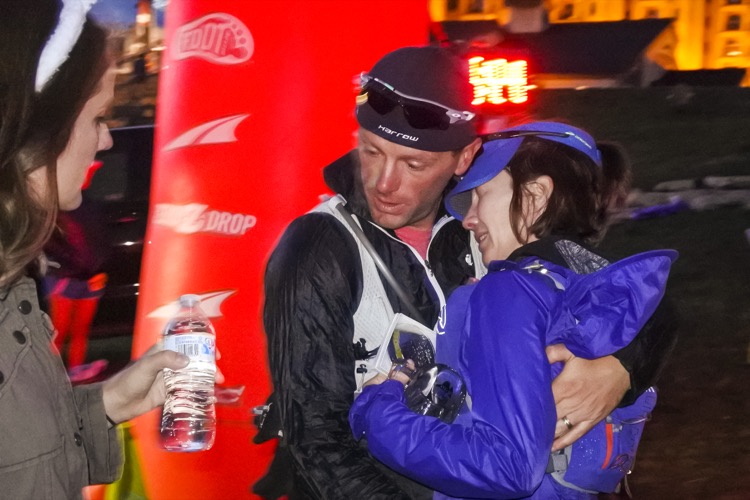 My training and racing continues, and so does my recovery. While my doctor thinks I will likely continue to improve, she doesn’t think I will ever reach “normal.” That hasn’t stopped me from trying, and this year after three more 50ks, the Never Summer 100K and the IMTUF 100, my husband announced he wanted to give 50 miles a try next year. I told him it would be his chance to finally become an ultrarunner. He blurted out “I’ve done three 50ks, I am an ultrarunner.” And there you have it. All this time he has denied being labeled as a runner, because he is an “ultrarunner.” An ultrarunner, and the most supportive husband I could ask for. For more about our story, check out http://tbito100.co/ 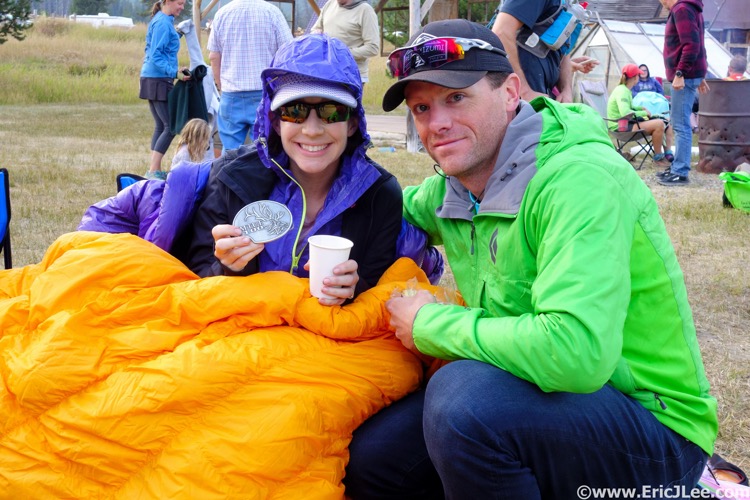 Good one! Loved the twist – thought it was going to be him with the injury! Thanks for the great story!

This is a wonderful story! My husband suffers from post-concussion syndrome (has for 9 years) and his symptoms are very similar to yours. I can totally relate to everything you said and kudos to your husband! Recovery does happen, but it’s super slow and probably not 100%. I wish you the best in your recovery!