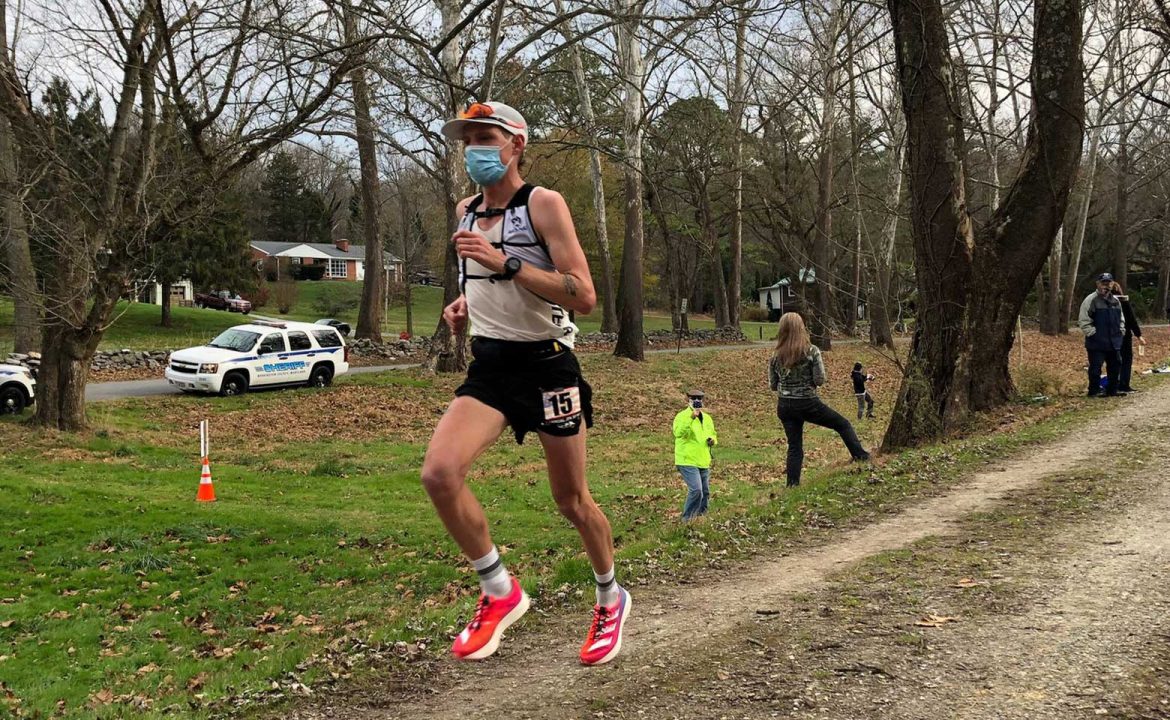 Historic Times and Precautions at the JFK 50

“To line up with people who you know are going to want to beat you, and you want to do the exact same thing to them—to me, that’s what drives me to train,” said Stephen Kersh, who ran the third fastest time ever (5:27:07) in the 58-year history of the JFK 50 Mile, America’s oldest ultramarathon.

“With some safety protocols in place, I was grateful to be given the opportunity to race. It’s just been a year of re-prioritizing why we’re doing things,” he continued. “I just love competing because that brings the best out of everyone. Seeing all these guys on the start line and knowing it was going to be super fast—that was fulfilling.”

Kersh knows life is all about how you deal with the curve balls thrown your way. “It kind of mimics ultrarunning in a way because it is unexpected.” Kersh elaborated, “Every single time you go out for a long race, things happen and you have to learn how to deal with them the best you can and get through it. When you get through it, you swear you’re never going to do it again. Yet you always come back.”

An optimist, Kersh believes 2020 will ultimately set us all up for success in the future; a much-needed reset in a multitude of facets by “taking a step back and slowing down, and finding a nice way to get some perspective,” he said.

Andy Mason of the local Hagerstown Herald-Mail has attended every single JFK 50, either as a journalist or participant, since 2002. “As big of an event as it is, there’s not a lot of talk about it outside of the running community,” he lamented.

“The general feel from the running community is I think everyone was very happy that it was happening.” Mason commented, “All the backlash that I saw was on social media from people who do not live around here.” 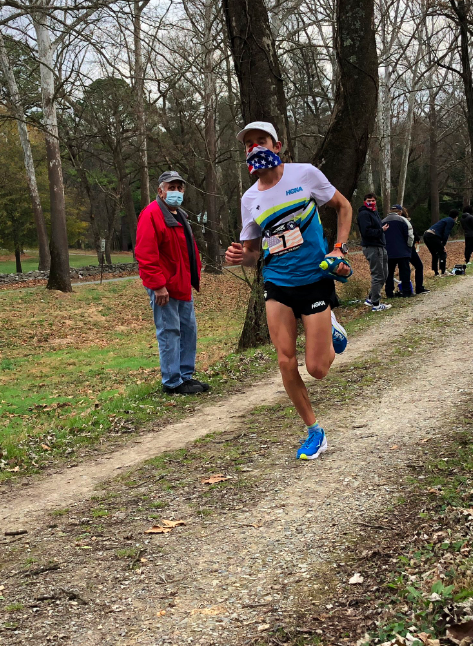 In regards to adverse reactions from the Hagerstown community, with the race moving forward despite the COVID-19 pandemic, Mason said, “None at all. That’s an honest answer. Was there some? Maybe. I never saw it or heard it locally.”

The attention was on the course, ideal racing conditions, a deep field and fast split times. Throughout the day, Mason said the lead pack consisting of Hayden Hawks (the eventual winner), Matt Daniels, the 2018 champion, Jared Hazen, and Kersh were roughly 4-5 minutes back off the course record pace throughout much of the day. Hawks ended up picking up time in the final hours of the race, as he switched to carbon fiber plated racing shoes for the road section. Once he got on the pavement, he started to close the course record gap and eventually pulled ahead.

“Hayden had company pushing his pace for almost half of the race,” so the power in numbers helped to elevate the speed, said Mason.

The missing adrenaline boost for all runners were the large crowds that typically gather along the course and at aid stations, but Mason said more or less, it still felt like a regular JFK. “You get so used to seeing people in masks so that didn’t seem that crazy. The whole feel of the race wasn’t that much different.” Although he admits the absence of end of race massages, robust awards ceremony, and course record celebration was rather anticlimactic, they were logically removed.

“I feel comfortable when everybody is wearing a mask. If you’re wearing a mask and the person next to you is wearing a mask, I think you’re pretty darn safe,” said Dink Taylor, a 12-time JFK 50 finisher. The race was also divided into three heats separated by 30 minutes each to promote social distancing. 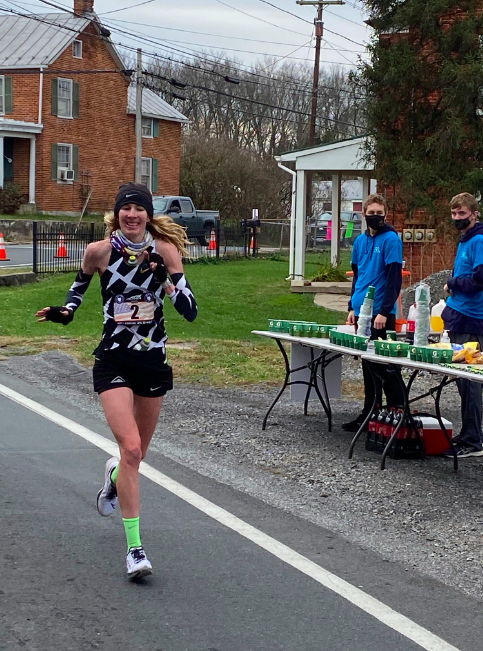 Camille Herron in the lead with just a few miles to go. Photo: Andy Mason

“Once we got out on the Appalachian Trail, it was the least crowded I’ve ever seen.” Taylor said he was alone a lot, which felt odd compared to his previous race experiences. Typically, JFK boasts participants numbers around 1,000 in total, but 2020 numbers were predictably down: there were 638 official finishers versus 867 in 2019.

Despite lower numbers, it was undoubtedly a race for the record books. The winner of the race, Hawks, set a new course record in 5:18:40, nearly four minutes faster than Jim Walmsley’s time from 2016. And for the first time since 2017, when Emile Harrison Torrence ran the fourth fastest time ever in 6:27:43, a woman cracked the top ten as Camille Herron ran the eighth fastest time ever in 6:31:14.

Taylor said everyone was positive, and he experienced no negativity at all from the community. The staff at the hotel in Hagerstown he’s patronized for over a decade welcomed him warmly during his multi-night stay.

He did miss out on the typical celebration with friends, “Normally there is all this post-race stuff, but they eliminated it all. Mostly, I was just thankful to get to run a race,” Taylor said. Many of the participants he had limited interaction with echoed the same sentiment.

Nearly two months after the 2020 JFK 50 Miler, Mike Spinnler, Race Director since 1993, said, “There were no reports of anyone contracting COVID-19 from the 58th Annual JFK 50 Mile —held on Saturday, November 21. No ill-effects in the community were reported. We worked diligently to follow all required COVID safety protocol and would prefer coverage of the 2020 event focus on the competitive aspect that produced a spectacular new course record and two of the three fastest performances in the 58-year history of the JFK 50 Mile.” The 59th Annual JFK 50 Mile will be held on Saturday, November 20, 2021.