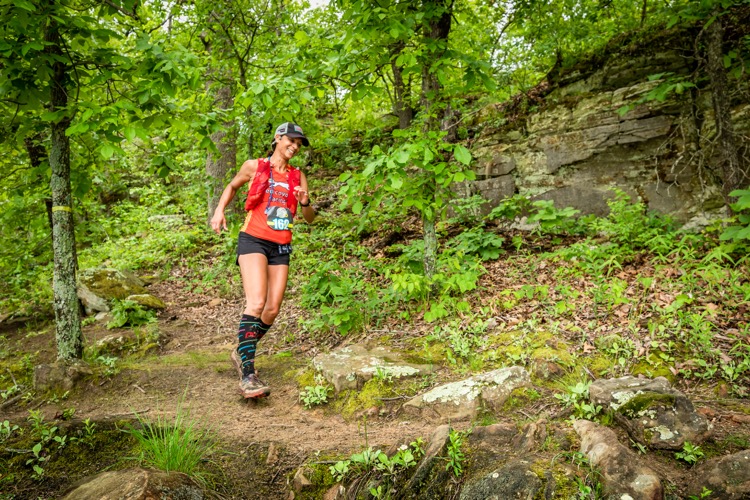 Hills and History at Flower Moon

The inaugural Flower Moon Trail Run was held in Osage Hills State Park, just west of Bartlesville, Oklahoma. Flower Moon is named for the full moon of May and the flowers that bloom during the month. It is also an homage to the history of the area detailed in the great book Killers of the Flower Moon, especially relevant since the upcoming movie (directed by Martin Scorsese and starring Leonardo DiCaprio and Robert De Niro) is also filming scenes throughout the park. With options from 5K to 50 miles, runners of all distances encountered tree-lined trails, rock-covered hills, and amazing bluffs overlooking a small river.

If you’re like me, you are constantly checking the weather during the week leading up to a race. In Oklahoma, the weather can change in what seems like a blink of an eye and Flower Moon was no exception. A huge thunderstorm was supposed to come in the day of our race. I was constantly checking radar. The morning of the race, we woke up to a torrential rainstorm and lightning. But like true trail runners, we continued to prepare for Flower Moon. Right before start time, the lightning stopped and the rain passed. 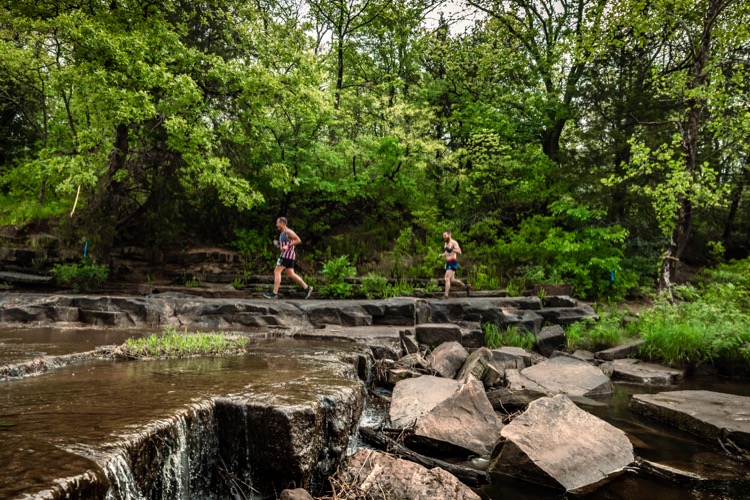 50-mile runners make their way along Sand Creek near the end of the first loop of the 13-mile course.
Photo: John Knepper / Mile 90 Photography

The course was a 13-mile route consisting of four loops that clover-leafed back to the same aid station. I wasn’t sure how I would feel about running back to the same aid station throughout the day, but it worked perfectly, allowing for a single drop bag and a concentration of support. Outlaw’s aid station food rivals the best Vegas buffets. They have something for every craving you might experience during the race, and the cheering and support from the volunteers is unmatched. Staggered start times throughout the day allowed mid-pack runners of all distances to finish around 6 p.m., which created a festive finish line atmosphere, and everyone enjoyed fry bread tacos together.

Those gorgeous rock-covered hills proved to be my biggest challenge of the race. The miles were long and the course was tough. But if it were easy, we probably wouldn’t enjoy it as much. Twelve hours after starting my first 50-mile run, I climbed the final hill to the finish line. The Outlaw crew cheered me on to the finish and presented me with one of their dreamcatcher-inspired awards, which are among the prettiest in ultrarunning. After crossing the line, it was time for an ice-cold beer and fry bread taco to celebrate.