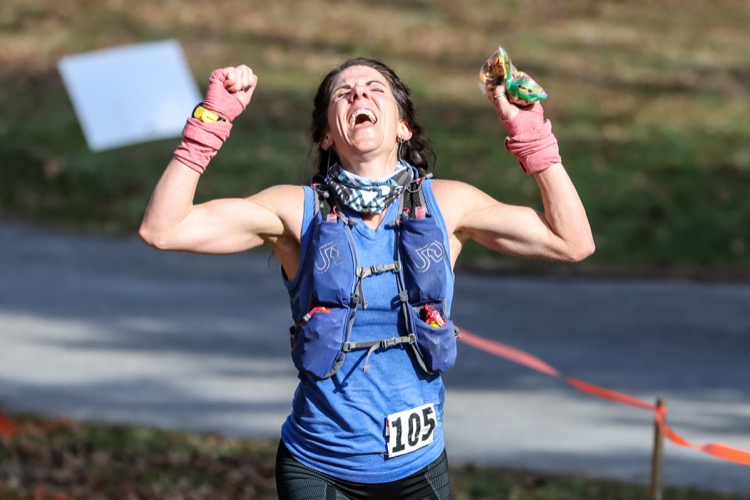 Hellgate: A Perfect Race in an Imperfect Year

I have directed over 100 ultras. This past Hellgate was the most stressful one I have ever directed. There was so much uncertainty—things kept changing just like all of life. We found out for sure that we could hold the race 32 hours before the start.

Hellgate usually draws one of the most competitive fields on the East Coast, and many runners plan this as their “A” race for the fall. It is also a Western States 100 qualifier and a point-to-point race that starts at 12:01 a.m. This year, 25 runners started at 12:01 a.m. with waves of 25 runners starting every five minutes. It may be longer than 100K, and has 13,000 feet of elevation gain with an equal amount of loss. There is single track, double-track grassy roads, gravel roads and a few rocks. It was very attractive to many runners this year, as the last four ultras in this area were canceled as well as most ultras on the East Coast. 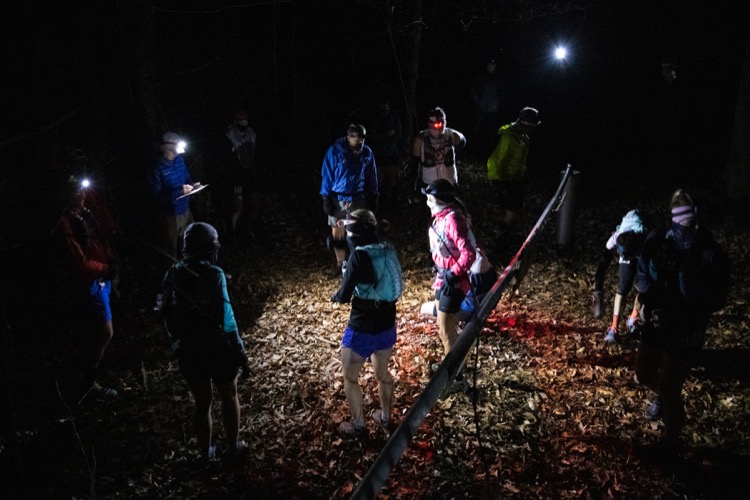 I did not think that the men’s field was fast or talented enough to challenge the course record, but I was wrong. The weather was in the high 30s to low 60s, and cloudy most of the day, but the course itself was in great condition and the leaves were not as deep as normal, even though many would disagree with that statement. 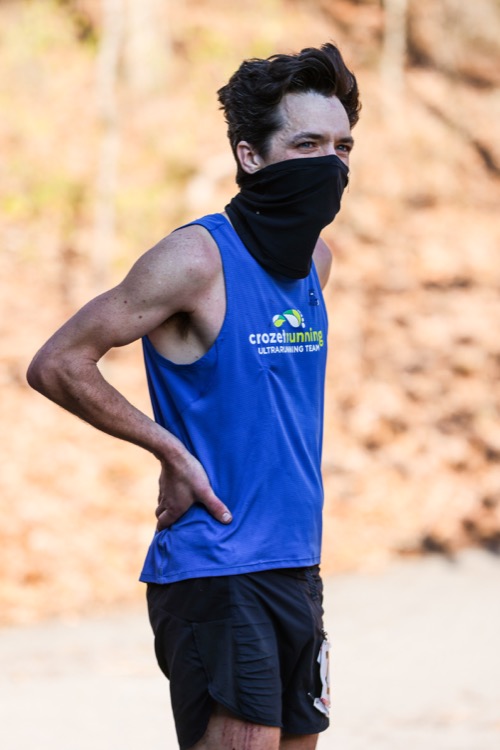 The race really does not start until Camping Gap (13.1 miles) and included a significant amount of climbing early on. As expected, Michael Dubova, Jordan Chang and John Andersen came in together. At this point, they were already seven minutes behind record pace. The next aid station (AS) was 10 miles ahead.

Dubova checked into Floyd’s Field aid station in first place, two minutes ahead of Chang. I told him he was nine minutes behind record pace—he told me later that fired him up. By the next aid station, he had increased his lead on Chang to three minutes and later to six minutes at AS 6 (34.5 miles and what I consider the halfway point). Last year at Hellgate, he sat in a car for 1.5 hours shivering and hypothermic at this point. Eventually, he finally got out and went on to finish but he had something to prove starting at this aid station.

The section from AS 6 to AS 7 is the most technical part of the course and Dubova went from six minutes behind record pace to three minutes ahead of record pace. At the next two AS, his gain on record pace was 20 minutes and then 25 minutes and finally, to almost 30 minutes by the finish. He annihilated the second half of the race finishing in 10:16. The once unthinkable breaking of 10 hours, is now a possibility..

Chang did not let up but continued to run fast and finished in 10:42:19 to take second place, breaking the old course record by three minutes in his 14th Hellgate. Andersen took third in 11:26:21, a PR for him, as well. 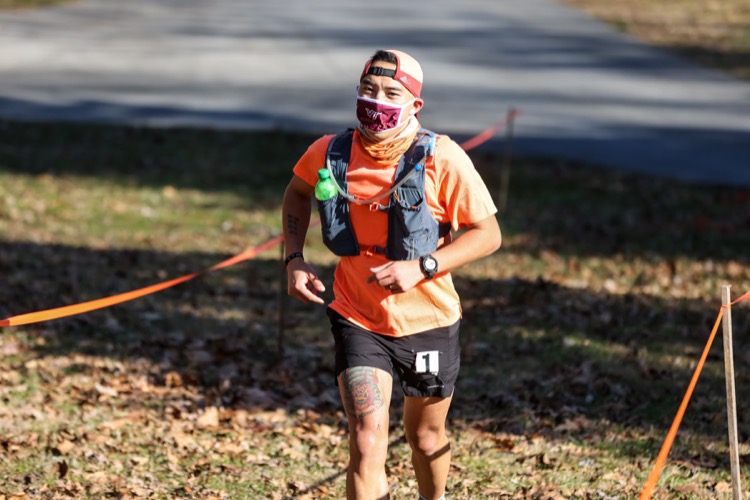 Rachel Spaulding took the lead from the start followed by Alondra Moody, Laura Sullivan and Leah Yingling. I later found out that Yingling had some GI issues and had stopped several times. At AS 4, Spaulding checked in at 4:24 a.m. with Moody five minutes back, and Yingling 11 minutes back. By the halfway point, Spaulding was there at 6:55 a.m. and seventh place overall. Five minutes later, Moody came in and Yingling arrived at 7:09 a.m.

Spaulding made it to AS 8, (49.5 miles) in 9:49. Yingling had taken off from AS 7 and cut the lead down to five minutes. From this point on, Yingling flew. Checking into the last AS, she had passed Spaulding and had a seven-minute lead. 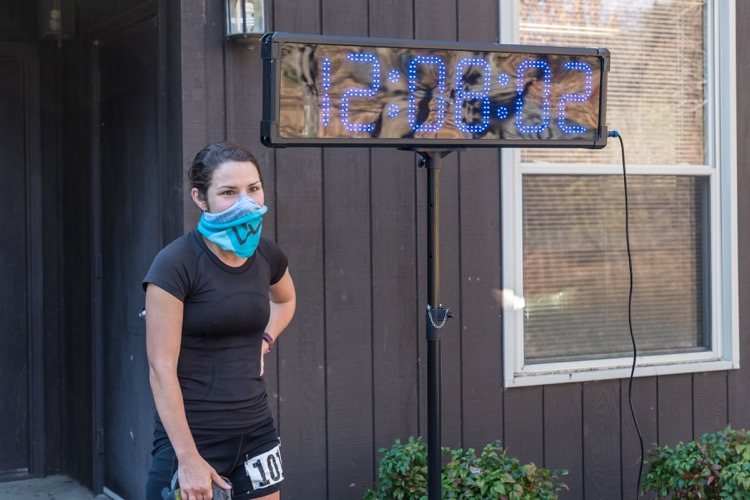 Before this year, there had only been four ladies to ever break 14 hours; this year, seven ladies broke 14 hours. That tells you the quality of the women’s field this year.

What does next year hold for us on Dec 11, 2021? How about imperfect weather in a perfect year?