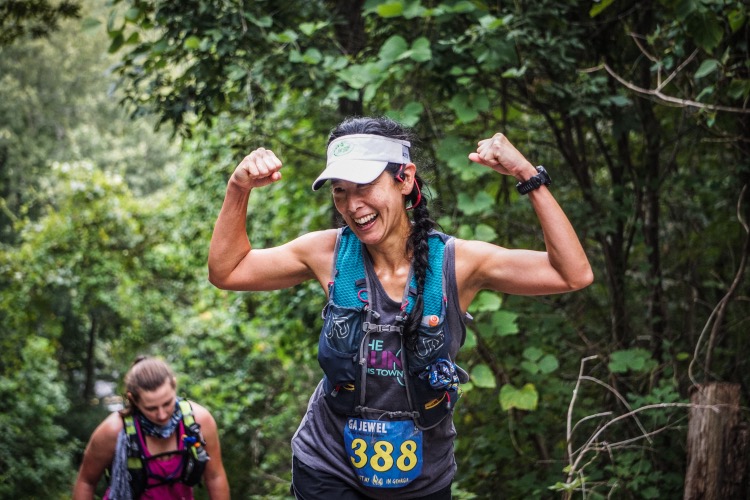 “Where are the women?” I yelled at my computer last December. Race lotteries had been announced, running calendars had been released and lady runners were quietly missing.

At the first chance, and with my best “I’m gonna take on the world” voice, I told Franklin it was unacceptable. I followed it up by telling him I wanted to do something crazy to invite women to The Georgia Jewel. Something big. Something special.

When I finished my dramatic monologue, I fully expected him to laugh and move on. But he didn’t. He whole-heartedly agreed, and suggested we give some incredible incentives to let women know we wanted them and would welcome them to the Jewel—a marriage moment for the books. 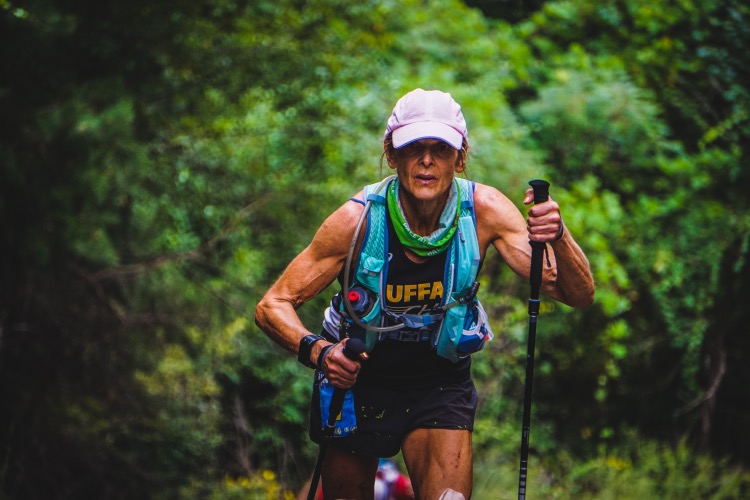 So we did it. We began by offering women a 21% registration discount to symbolize the gender wage gap in the US (which is actually bigger for women of color), followed by offering a “buy one, get 50% off your friend’s entry fee.”

According to Ultrasignup.com, the largest trail running registration platform in ultrarunning, more men than women register for races. It’s seen at starting lines, awards podiums, in race photos and even in the race directing world. In 2020, only 17% of runners selected for the oldest 100-mile race, Western States, were female. And in 2019 at the Jewel, only 32% of our runners were women.

In 2020, we wanted as many women on the course as men, we wanted aid stations to consider and respond to the unique needs a female runner might have (like, say, having tampons at an aid station), we wanted women to hear a resounding invitation to come run trails while also balancing life. We wanted change and so we moved forward with several weeks of discounts for female runners.

Fervently pursuing inclusion is a hill we’ll die on Every. Single. Day. We don’t always get it right, but we won’t let perfection prevent progress. And though people spoke out against our efforts, and COVID tried to shut us down, the Jewel happened with 48% women and 52% men on the starting line—an 18% increase over 2019. A-freaking-(wo)men! 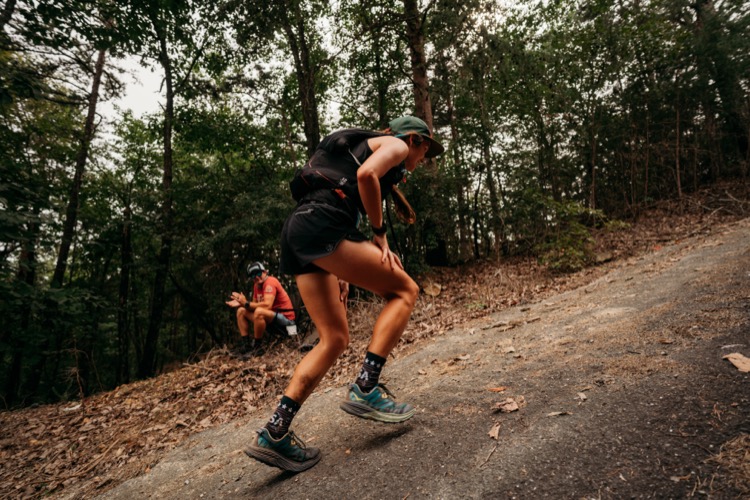 Women like Amanda Bowers showed up with her family, including son Jacob. Born with myotubular myopathy, which affects skeletal muscles, Jacob (and super husband Kevin), supported Amanda through her training all the way through the Jewel finish line.

Women like Pon Mason toed the line, running her first 100-miler while also making enough time to cook Franklin and I the most delicious homemade Thai noodles I’ve ever eaten.

Friends Charla Woodruff and Rebecca Cole showed up and were cheered in by their daughters, all seven of them! (Talk about some strong future leaders!) Training for a 50-miler while caring for and schooling kids, managing a home and friendships, is an endurance race all its own.

Abigail West (who has to be a badass with that name), is a young artist and conservationist, who ran 37 miles with pieces of throw-out food bags pinned all over her pack and hat. Her goal was to increase environmental awareness so we can all keep enjoying the trails we love! 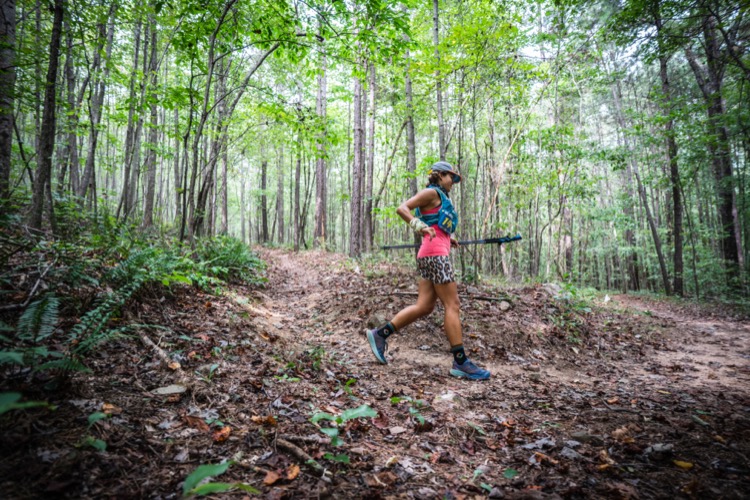 There was also our friend Dolly, mom to four boys, who not only crushed a finish, but also, the journey along the way. In her own words, she celebrated the Jewel because, “I am no longer 300 pounds. I am no longer diabetic. I am no longer at risk of having a heart attack. I am no longer afraid of never meeting my grandbabies. I no longer take eight pills and four shots of insulin a day.” Yeah girl. That’s worth celebrating, for sure.

And finally, there’s Joy King-Mark, who is a nurse practitioner and the Director of Nursing Practice and Advocacy at the Georgia Nurses Association. This woman ran 35 “virtual” miles solo. No aid stations, no cheering crowds, no loud finish line to run through…just her and all 35 miles.

That, my friends, is the strength women carry. We carry it into the board room, into the bedrooms of our children when we tuck them in at night, into the classroom and when we’re invited onto the trails.

The 2020 Jewel redeemed a lot of the year for me. One male runner’s comment at the finish line speaks volumes to the race. He said, “Wow, every time I crested a hill or turned a corner, I saw a woman!” We were only at 48% women and yet the gender equality was noticeable.

And to cap off this year’s Jewel, (and the thing that made my heart sing loudest), my 9-year-old daughter Luci, got in on the #girlpower. 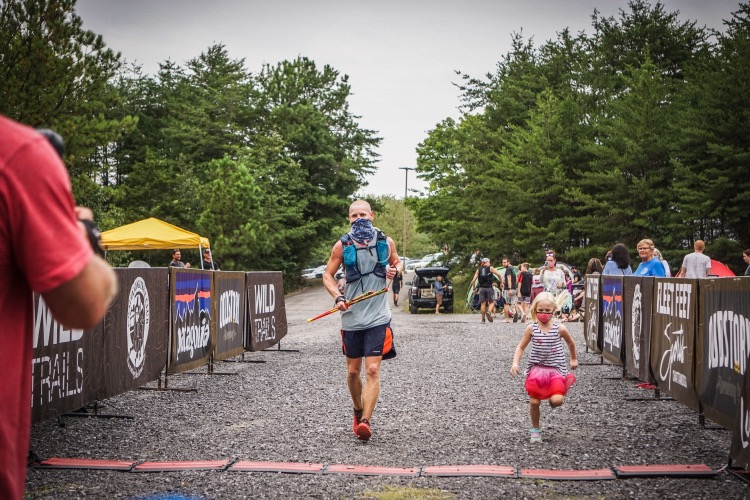 Our friend and race photographer extraordinaire, Jobie Williams, has been pen pals with Luci since May. This year, Jobie invited Luci to tag along with him as he took photos. Outfitting her with an old camera, she became his sidekick for the day. He elevated her talents, her hopes and her voice that weekend, just like the race did for so many women.

He didn’t just let her take pictures, but he coached her, equipped her and then celebrated what she did by publishing her photos alongside his.

We are all capable of promoting goodness and inclusivity. We don’t have to direct a race or run companies, and we don’t need thousands of followers on social media. All we need to promote better is to do better with what we can influence.

I believe, over time, the effects of this positive stewardship will start making a difference and soon, having as many women as men at a race, won’t be noticed, it’ll be the norm.