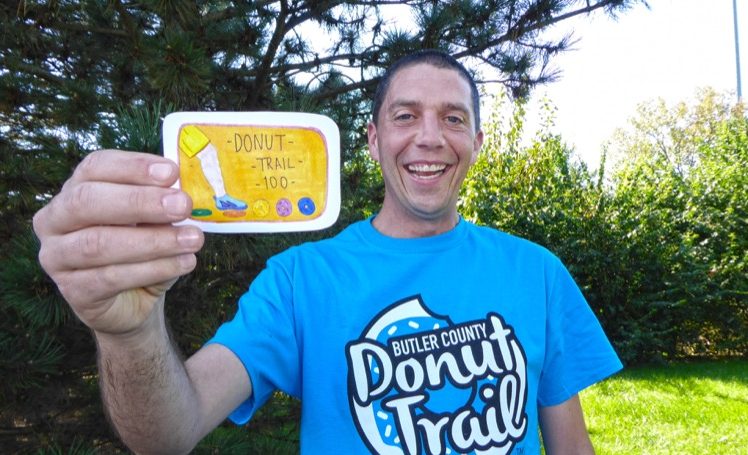 Cory shows the belt buckle his daughter drew to celebrate the Donut Trail 100.

Around mile 40, my wife called and asked if I wanted some ribs from the grocery store. She said they were hot and ready to eat. At that moment, I knew three things: 1) I was hungry 2) I didn’t want donuts and 3) I didn’t want ribs. As soon as I hung up the phone, I realized my stomach needed something other than a fried piece of dough covered in frosting. I called her right back and told her I’d changed my mind. Then she asked, “Do you want mashed potatoes and mixed vegetables with them?” “Definitely,” I said. And once I caught up with her, this became the first rib and donut-fueled ultramarathon I’ve ever run (it’s probably fair to say this will also be the last).

I was in the middle of my latest solo running adventure where I attempted to tackle the legendary Donut Trail in Ohio, after receiving a gracious invitation from the Butler County Visitors Bureau. The Donut Trail hits twelve gourmet donut shops connected by more than 80 miles of rural, and unbelievably beautiful roads. And to be clear, I don’t just have a sweet tooth – I have a sweet mandible, Adam’s apple, and esophagus. Donuts and running bring great happiness to my life, so I jumped at the offer. 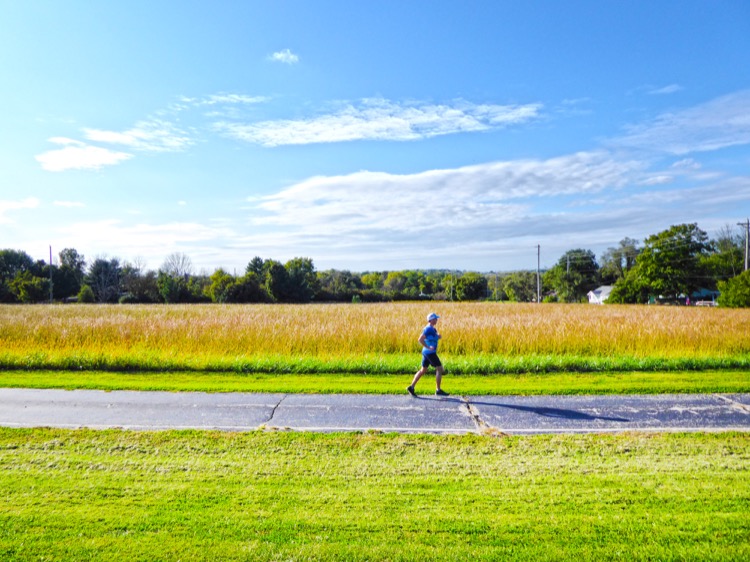 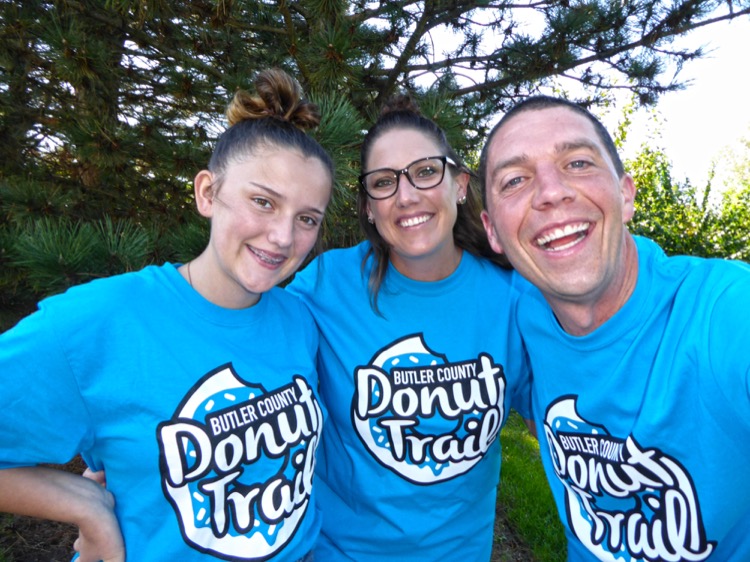 Cory’s daughter and wife helped crew his 100-mile run on the Donut Trail.

My wife and daughter came along to crew me throughout the adventure. They met me every few miles to refill water, help guide the route, and, most importantly, purchase grocery store ribs. They also kept a surplus of donuts in the car that I could eat when arriving at donut shops which were already closed for the night.

Throughout the day, I was tempted by exotic flavors. I ate a German chocolate cake donut. A cheesecake donut. A banana cream pie donut. A Fruity Pebbles donut. A large cinnamon twist. A blueberry lemon donut. And others I can’t recall because excess glucose was clouding my vision. It didn’t take long before my blood stream became 60% glazed frosting. 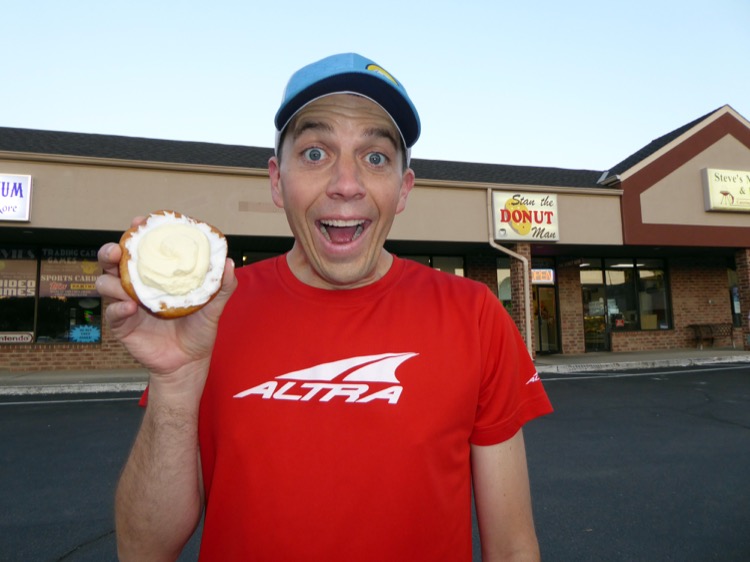 Of the many amazing donuts Cory ate, the cheesecake donut was one of the highlights.

It’s probably not the shock of the century when I tell you that eating donuts became a bit more difficult as the miles passed. I ate most of a donut at each stop. At one of the last shops, I took a big bite of fried dough covered in frosting and my stomach immediately shrieked in revolt, “I don’t think I’d do that if I were you.”

After finishing the official Donut Trail, I ran some extra miles to make it an official 100-mile run. My daughter even drew a picture of a belt buckle for me that said Donut Trail 100, and it’s one of the coolest belt buckles I’ve ever earned. Contradictory to the fundamentals of exercise science, I also managed to gain weight over the course of this donut-fueled ultra.

Sometimes running can start to feel as stale as a four-day-old apple fritter. If you’ve gotten into a bit of a rut or you’re not feeling much excitement about lacing up your shoes, it might be time to shake things up. Find a new challenge. Do something that forces you out of your comfort zone. Go to ultrasignup.com and click “register.” Try a new distance. Join a running group. Try running solo. And if all else fails, head out in search of some donut shops during your next long run.

As usual, you are a nut. Glad you got to enjoy it! When I saw the post for the donut trail, you were the first person to come to mind. I don’t think I would have made it past the second donut.. You’re my hero!