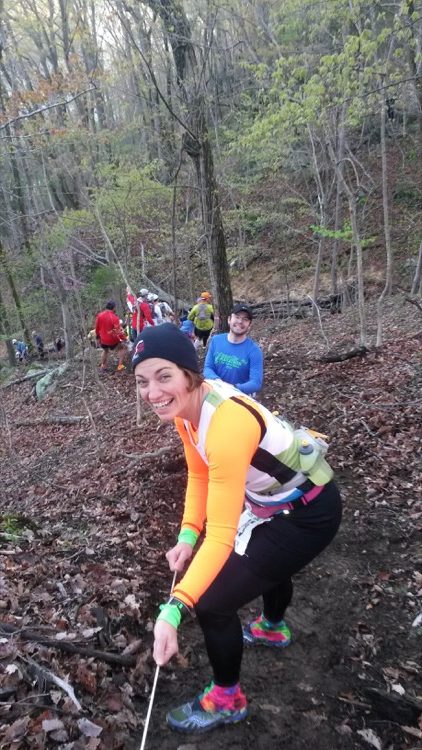 Mile 1 of 100, ready for an adventure. Photo courtesy Staci Calder.

It all started when I was a teenager. I would see people out “going for a jog” and it looked so carefree and enjoyable. I wanted to be able to do it. I would set out at a full-on sprint, make it maybe a minute, and then feel like I was going to die. Then I’d have to walk. This would go on for a few minutes before I’d get frustrated and give up.

Fast forward to about nine years ago. I was an adult. I joined a gym. I remember going in the first time and seeing the long row of treadmills and the folks cruising along, making it look easy. I decided I was going to do it. I hopped on, cranked it up to 5.0 mph and started running. As I made it to the one-minute mark, I thought I was going to die but I kept going. I made it to two minutes then had to walk.

This time I didn’t give up. I set myself a goal of being able to run for five minutes without stopping. It took a while. When it finally happened, I was so excited! I went home and sent a message to my friend who’s an actual athlete and her response was, “That’s great! Some friends and I are going to train for a half marathon. You should do it with us.”

It occurs to me now that her response may have been sarcastic. I was too excited to realize it though because I had just run for five minutes without stopping! My response was, “Okay, sure!” Meanwhile, I had to look up how long a half marathon actually was! 13.1 miles?! I didn’t know that was even a thing people did. I set it as my new goal: I was going to train for and run a half marathon.

Eventually, I worked myself up to one mile. Then I took it outside and worked up to two miles. I signed up for my first 5k race with the goal of running the entire 3.1 miles. I was hooked. Soon after, I did a five mile trail race, then a 10k, and my distances just kept getting longer. Six months after my first 5k, I completed not just a half, but a full marathon – 26.2 miles! I remember hobbling to my mom’s car after the marathon and thinking, “Never again.” Sure enough though, about a year later, I was running another marathon and loving every step of it! 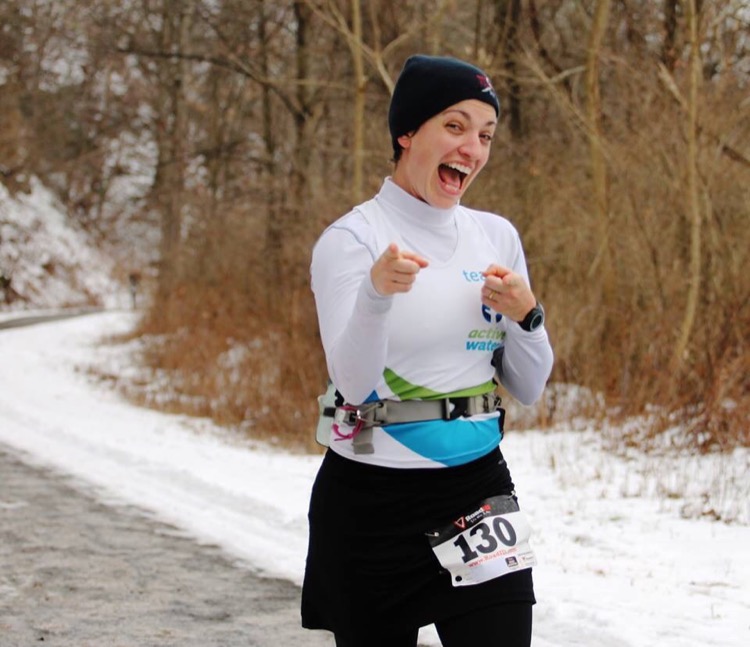 As I was discovering this love for long distance running, I learned about an organization called Active Water which partners with endurance athletes to raise money and awareness for communities suffering through the water crisis, from lack of clean water and access to proper sanitation. About ten years ago, I had participated in a project to bring clean water to a school and slum area in Nairobi, Kenya. After seeing the devastation on not just individuals but entire communities, this cause had become important to me. I became a part of Team Active Water (which has since become part of Lifewater International) and began using my running as a platform to help others around the world.

I delved into the world of ultrarunning. I started with a 50k, and then 70.5 miles of single track through the mountains of Pennsylvania. Then I did a 24-hour run that was a 1.1-mile loop that I ran, and ran, and ran, and ran some more for twenty-four hours. Finally, I set my sights on “the big one” – 100 miles.

These are my five life lessons learned while running a 100 mile race:

Absolutely amazing story my friend Staci Calder you are an incredible young lady and an inspiration to all. Keep up the amazing work you do and I know you will never give up on anything. Your a very powerful woman and that’s because you were raised by two amazing parents. Keep burning up those shoes!!!!