The original Timp was one of our all-time favorites and our go-to shoe for 100-milers, including a start-to-finish run (well, with a lot of walking) at the Hardrock 100. A number of key geometrics made it ideal for super-long trail days including a cushiony stack height without being too cumbersome or heavy, a wide foot box to accommodate swelling in late miles and strong traction in a variety of terrain conditions. 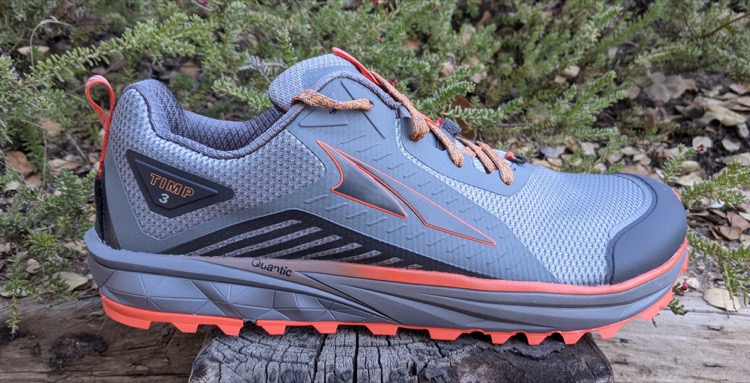 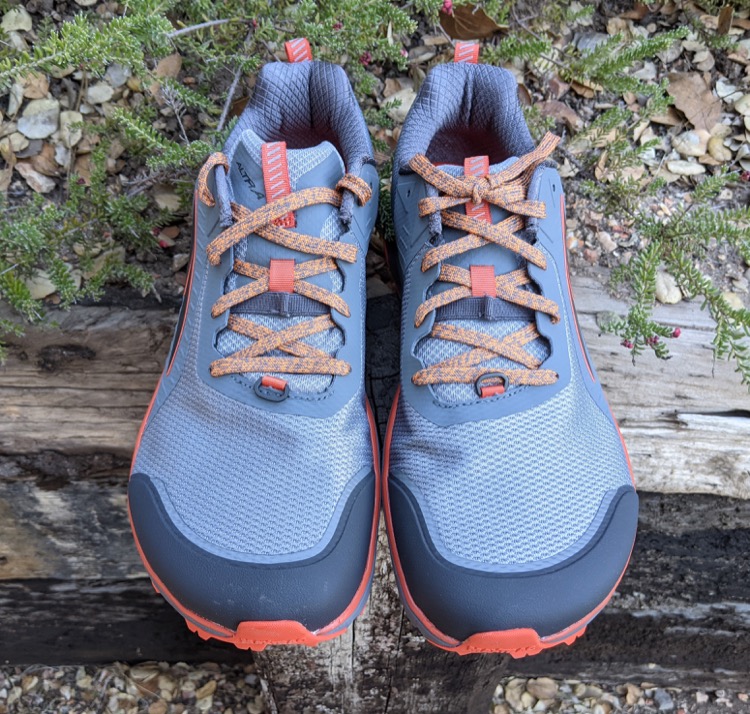 Fast forward a season and the Timp 2 felt a bit off, particularly in regards to sizing, which was noticeably narrower and shorter than the previous version. The midsole had a nice update and the outsole traction remained the same, but the overall feel just wasn’t quite right. That’s why we were excited to find that revisions to this spring’s Timp 3 focus primarily on the fit of the upper, which is very similar to the old-school sizing we first admired. That’s the nutshell review of the Timp 3. If you loved the original, you’ll definitely love this new version.

The uppers are modified to add protection in the toe cap as well as with more robust TPU overlays in the midfoot section for lateral stability. This design increases durability, but adds a bit of weight, as these updates come in about a half-ounce heavier than version 2. However, this is almost imperceptible for the added toughness. We’ve tested the Timp 3 on 75-degree days as well as in heavy rains; ventilation feels comfortable in warm conditions, and drainage and drying are effective when wet. 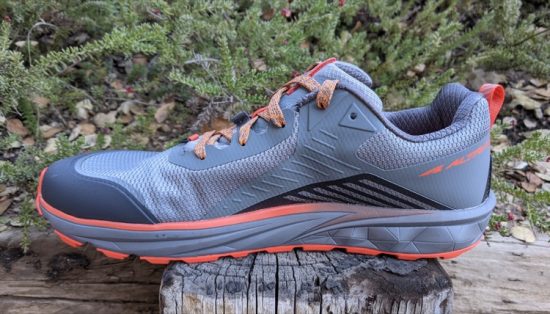 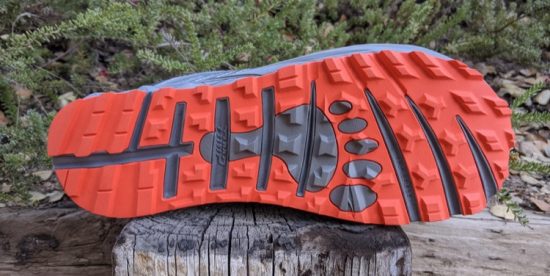 All of the underfoot goodness from previous Timp versions carries through to version 3. The 29mm stack height is great for all-day comfort without the thick platform of max-cushioned trainers (in the Altra lineup, the Timp is 4mm lower than the Olympus and 4mm higher than the Lone Peak), and the hybrid Quantic midsole material adds some firmer responsiveness to Altra’s lightweight EGO compound, helping you step up the pace as needed without losing too much energy underfoot. The MaxTrac outsole grips very well in mud or steep gravel, and the horizontal Innerflex grooves allow natural movement of the foot and smooth transition from heel to toe. Even with the prominent lugging, we found the Timp fairly comfortable when jogging a couple miles on asphalt to the trailhead.

Perhaps the trickiest thing to consider with the new Rivera shoe is how it distinguishes itself in Altra’s road running line, and by extension, what makes it better suited for your foot than other models. Its midsole stack height is 2mm higher than the popular Escalante model, uses the same midsole compound and has the exact same stack height as the Torin, but the midsole composition differs. By those measures, you can think of the Rivera as a slightly plusher Escalante, or as a lighter and smoother (but slightly less responsive) Torin and Torin Plush. We suspect that ultimately the Rivera will take over the neutral, moderate cushioned space those two current Torin models currently occupy. 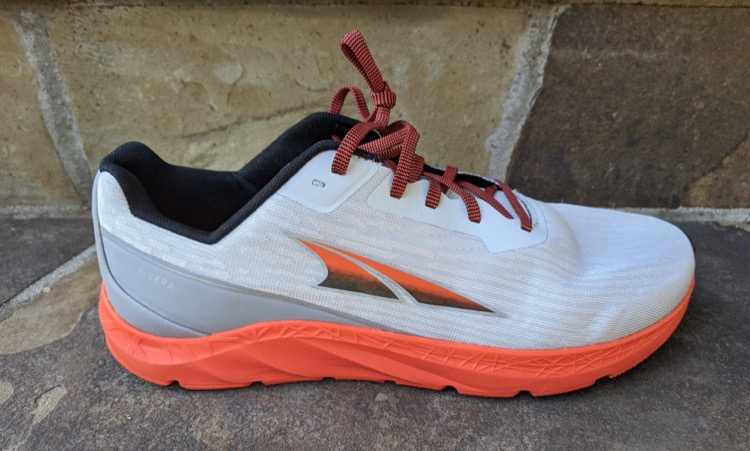 One aspect unique to the Rivera is a redesigned foot shape last that is straighter than the last of the Escalante and narrower than the Torin. Keep in mind that “narrow” is a relative term for Altra, as the Rivera still has ample room through the midfoot – perhaps too much for narrow-footed users, and a roomy toe box that lets your forefoot splay naturally. The new streamlined design is also seen at the heel collar, which is more angular and V-shaped than those found on the Torin or Escalante. 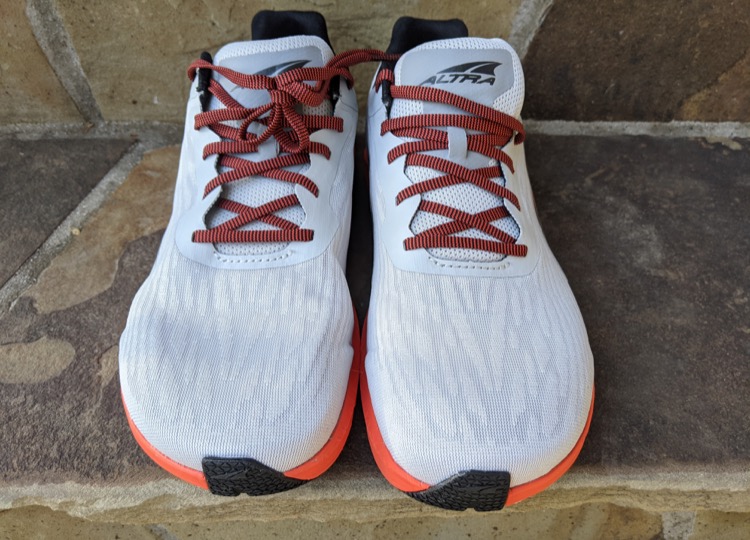 The uppers of the Rivera consist of a seamless engineered mesh upper that is quite thin and has a slight stretch component in addition to being very breathable. Use of this material is a key factor in shaving some weight from the Rivera in comparison to the Torin and makes its weight very comparable (within a few tenths of an ounce) to the Escalante, even though the Rivera has a higher stack height. The engineered mesh has nice flexibility to bend with your foot, but also feels supportive when you’re increasing the pace.

Below the footbed, the entire midsole consists of Altra’s lightweight EGO cushioning, which is the same compound found on the Escalante. This is a slightly softer compound than the Quantic material found in the Torin. Normally this implies greater cushioning with less responsiveness, but we were pleased to find that the energy return of the EGO doesn’t really feel compromised. It felt easy to transition from slower speed into pickups, and the responsiveness stays consistent during longer mileage tempo runs. Innerflex grooves in the forefoot provide flexibility for natural foot flexion, and outsole traction is reinforced in the heel and forefoot for stability on impact and propulsion during toe-off. It’s adequate for short off-road or gravel road excursions, which is all we really ask of road shoes. 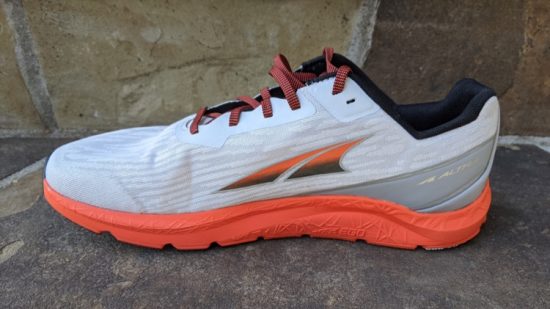 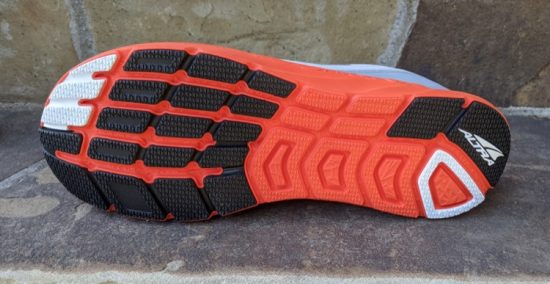 The higher stack height of the Rivera compared to the Escalante gives it more shock absorption while maintaining similar performance. Similarly, it offers comparable cushioning and comfort as the Torin in a significantly lighter package. The Rivera may pull some longstanding Altra users away from those established models, but ultimately, it’s a very solid all-around trainer for anyone who enjoys the balanced cushioning that Altra is famous for.

The Rivera road shoe is now available in men’s and women’s models at www.altrarunning.com. The Timp 3 trail shoe will be available in March. 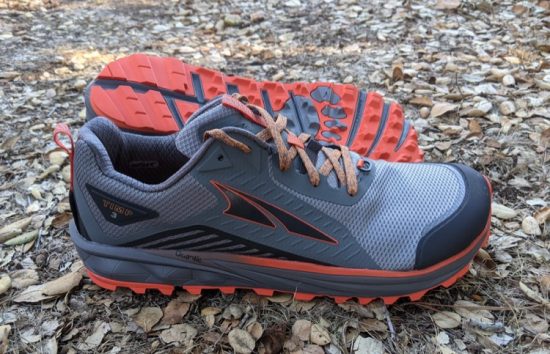 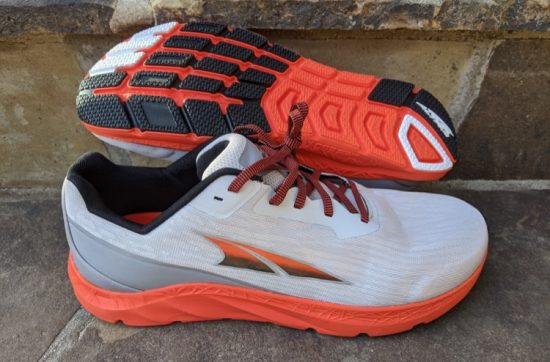 Five Ways to Break Out of Your Running Funk

How does the Rivera compare with the Paradigm? Honestly, I’ve found I have knee issues when I use their EGO-based shoes (but no issue with the Qantic-based Torin), so how they compare doesn’t really matter to me, I’m just trying to figure out what this is solving given the escalate is a low-to-mid cushion EGO shoe and the Paradigm is a max cushion shoe.

@Patrick: The Paradigm has a 4mm higher stack height plus some stability guidance.

Oh man, those new Timps looks dreamy. I ended up with the Olympus 4 over the Timps when I wanted something more cushioned then the Superiors partly because of fit.

As an escalante 2.5 & racer purest. Do you recommend the timp 3? I planned to get the King MT, but keep hearing about the comfort so have yet to pull the trigger. I don’t love a high stack, but really need a reliable trail shoe.
Thanks for the review ✌🏼

@Liz: The Timp will be higher than what you’re accustomed to in the Racer road shoe. We’ve had good success with the King MT2, and it has the same EGO midsole as the Escalante/Racer.

I LOVE my Superior 2.0s but i had to buy size 16 or something before I finally got something that would fit. Tried two separate pairs of Escalantes as well and had to send them back for being too big or too small.

Hi there, would you again size up 0.5 for the Timp3 like most did for Timp2 or stick with your “regular” Altra size…?
Thanks a lot!

Regular Altra size worked for us on this one.

I just miss Timp 1 which was for me the best shoe ever. I had bought a pair of Timp 2 but sent them back immediately after trying. Everything I loved in Timp 1 was lost. Hope that 3 will be better, but the best would be to get my Ones back.

Hey, which Altra would you recommend for a 100km road race? I want something cushioned, but responsive enough to not feel saggy after the race gets long?
A few folks recommend the Escalante 2.5 or the Racer…. thoughts?