The Merrell Test Lab (MTL) project launched in 2019 as a collaboration with the company’s elite sponsored athletes, most notably Anna Frost, to combine technical innovation with the specific needs of its various sponsored athletes. This spring, there are two new models from the project, the MTL Long Sky and MTL Skyfire. These new offerings have somewhat similar function – moving fast and securely in mountain terrain – but there are enough differences between the two models to distinguish which shoe works best for its intended purpose.

Upper construction on both shoes is very similar, as both use lightweight rugged mesh that has a coarse exterior feel, and drains and ventilates very effectively. They both have moderate padding around the heel collar, an interior bootie that wraps the midfoot comfortably and a traditional lace system that holds its tension well, even when wet. However, the fit of these models is slightly different as the Long Sky has a traditional width profile that will accommodate more runners, while the Skyfire has a slightly narrower last that is generally preferred for shorter distances or racing (it reminds us of Salomon’s S-Lab). 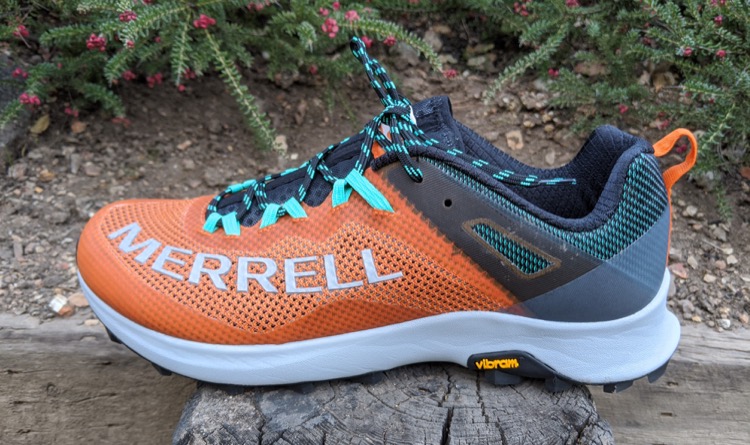 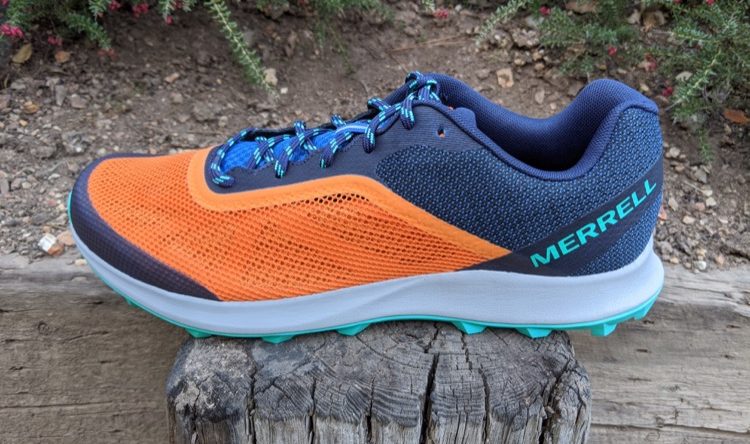 From the midfoot down is where differences between the two models emerge. The Long Sky has a higher cushioned platform and a slightly steeper heel-toe drop than the Skyfire, which is consistent with the intended uses of longer training days (Long Sky) compared to racing (Skyfire). The Long Sky has a firmer density medial post in the midsole to offer a bit of pronation stability, where the Skyfire is built for neutral runners with single density EVA. While the Skyfire sits closer to the ground than the Long Sky, it has a rock plate to help absorb impact while running at a high intensity. Both models have a somewhat firm impact feel rather than excessive cushion, which is ideal for moving fast but lacks some of the comfort of softer foam compounds. 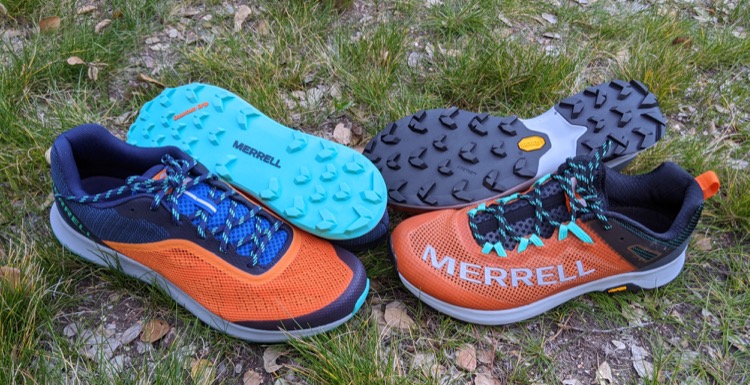 Underfoot, the two models diverge a bit more, as Merrell introduces an innovative outsole on the Skyfire: a newly developed Vibram compound called Quantum Grip. This outsole is new on the market in 2020, and is positioned as Merrell’s top mountain-grade material. Quantum Grip was designed to have an ideal balance of grippy/tacky traction while also maintaining high durability for high mileage or rough scree. Merrell gave a lot of consideration to lug placement, size and geometry, ultimately creating 4mm lugs that are angled for increased propulsion in the forefoot and more effective braking in the rearfoot. This new compound is advertised to have excellent traction in wet conditions and we found this to be the case, particularly when fording tricky stream crossings on slick rocks. 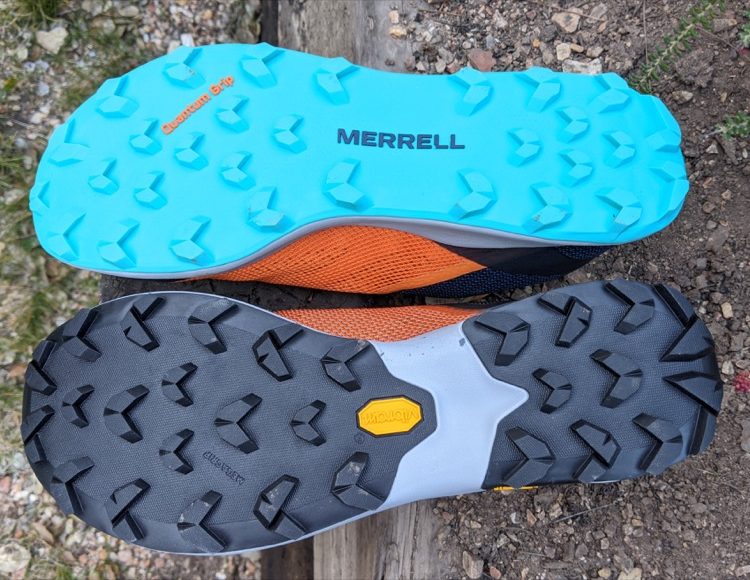 The alterative to Quantum Grip is found on the Long Sky, and it’s still pretty darn impressive: Vibram’s premium Megagrip compound that has been the gold standard on trail running shoes for several years. The size, placement, and geometry of outsole lugging on the Long Sky is identical to the Skyfire. The only difference is that the Skyfire’s Quantum Grip provides full coverage underfoot, and the Long Sky removes some outsole rubber from the midfoot section. Truthfully, it was hard for us to feel a significant difference in outsole traction of performance between the Megagrip and the Quantum Grip, so the bigger question will be how well each compound holds up over time. We have about 100 miles on each pair, without a noticeable distinction in breakdown rates.

By Your Side – A Coach’s Perspective