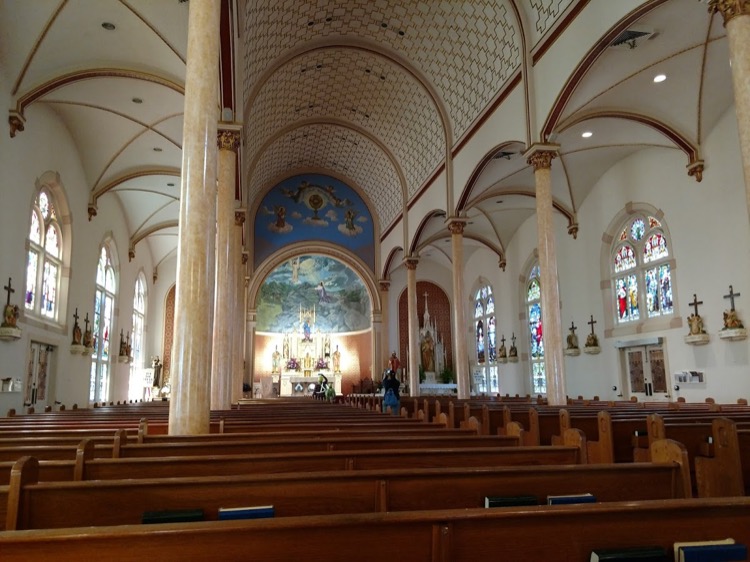 One of the most photogenic churches on the route, Saints Cyril and Methodius Church, Shiner, Texas. Photo: John T. Sharp

El Camino is an ultra stage race with a Texas kick. The point, according to John T. Sharp, its creator and director, is “existential discovery, historical appreciation, religious reflection and self-actualization.” Participants could hardly avoid introspection at some point, with 10-12 hours on the road each day. Even the most voluble athletes run out of stories eventually (although more stories were created each day).

The athletes stepped off on a summery day, with temps reaching 85. A blustery northern cold front blew in the next morning, and then the rain began. And continued unabated for two days, as temperatures plummeted and athletes donned Hefty bags against the downpour.

By Friday morning, south Texas woke up astonished by rare snowfall, the first in a generation. Texas weather is never short of dramatic when it counts. 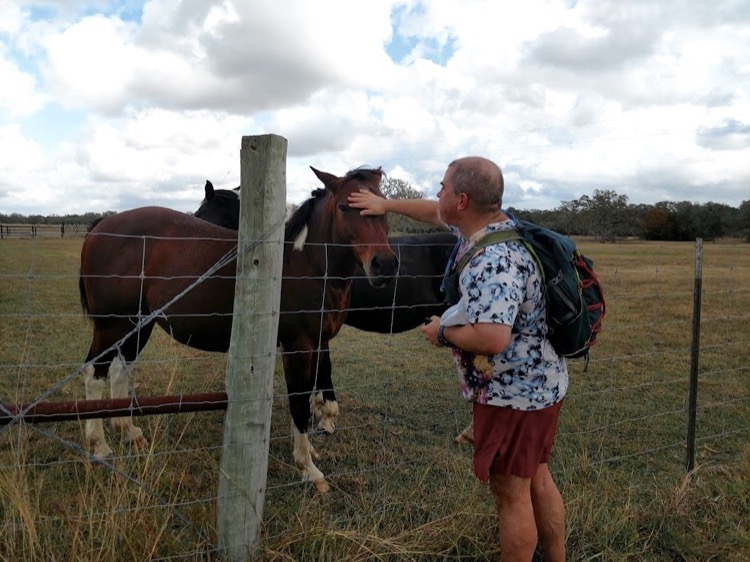 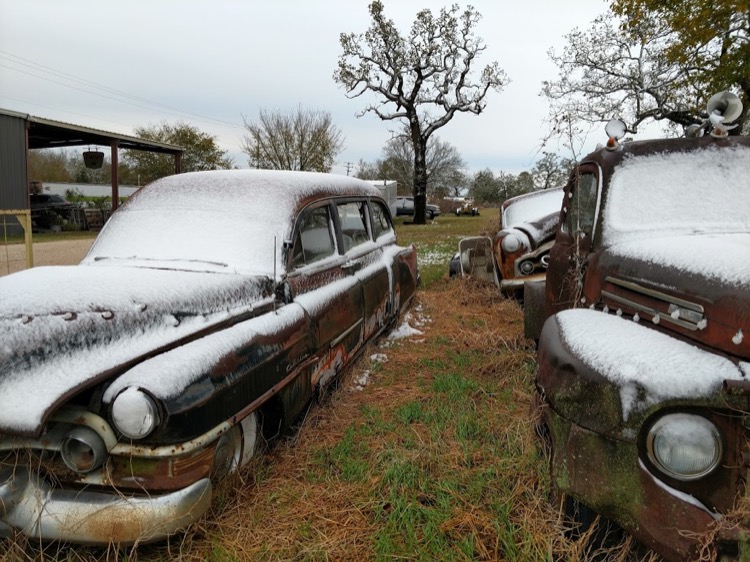 Of the seven starting pilgrims, five finished. They were all veterans of other tough races like Vol State and Badwater and even a transcon finish. These athletes were a classic picture of what succeeds in ultra events… relentless forward progress, ability to see humor everywhere, an utter ban on whining, and an openness to each moment, even the most unpleasant.

What sets El Camino de Lavaca apart from other ultras is its cultural objective, in addition to the ultra mileage, specifically the “Painted Churches” around which the pilgrimage was planned. Many of them are National Historic Landmark sites, subjects of scholarly study, but little-known to the general public.

The “Painted Churches” are a phenomenon of the Czech and German influx to Texas in the 1800s. Far from their own luscious European cathedrals, and no doubt shocked at the stark landscape, Slav and German immigrants tried to build a little piece of home.

In contrast to the visual minimalism of many American country churches, these tiny architectural treasures sing with the orchestrated beauty of the Gothic era of high medieval Europe. Think Notre Dame or Chartres, but in a small package. 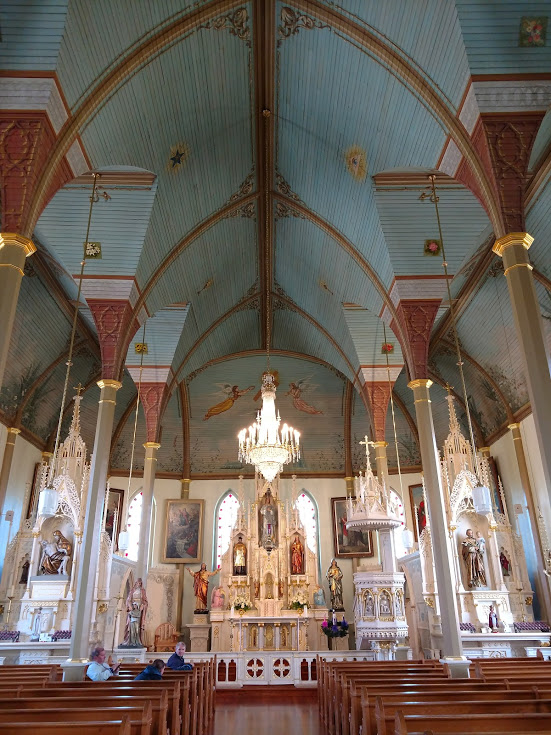 One of the most photogenic churches on the route, Saints Cyril and Methodius Church, Shiner, Texas. Photo: John T. Sharp

On the Camino route, these little churches often announced themselves as a steeple rising on the horizon. Most had unremarkable exteriors, but the insides were kaleidoscopes of brilliant jewels, like a Texas geode. The churches became places of refuge, as athletes shook off the rain and warmed themselves, discreetly took off their shoes in the back pews, refilled water bottles and made hygiene stops. If churches could smile, they would have rejoiced at fulfilling their ancient purpose: to welcome weary travelers and refresh them once again to face the road of life. 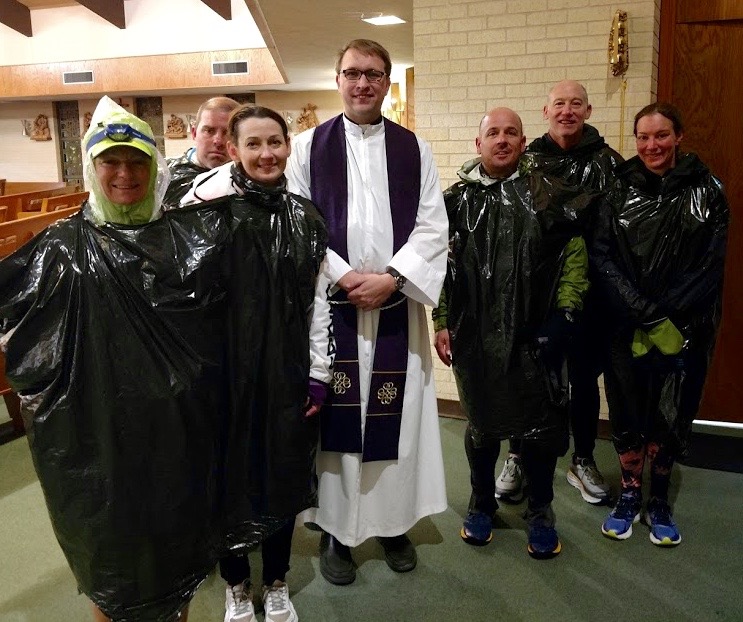 Once the aid-station function of a church stop was completed, pilgrims explored the high altars, painted vaulted ceilings, side altars and statues, choir lofts and baptisteries, taking copious photos and videos, which can be seen on the Facebook page of El Camino de Lavaca.

The logistics of touring the churches dictated that the athletes travel loosely as a pack, special arrangements having been made to view the churches. Within that structure, though, the leadership of the group shifted, ultrafast walkers taking the lead at times, runners breaking into a jog at others. RD John Sharp usually tailed the group, watching for hazards, turns and errant dogs. 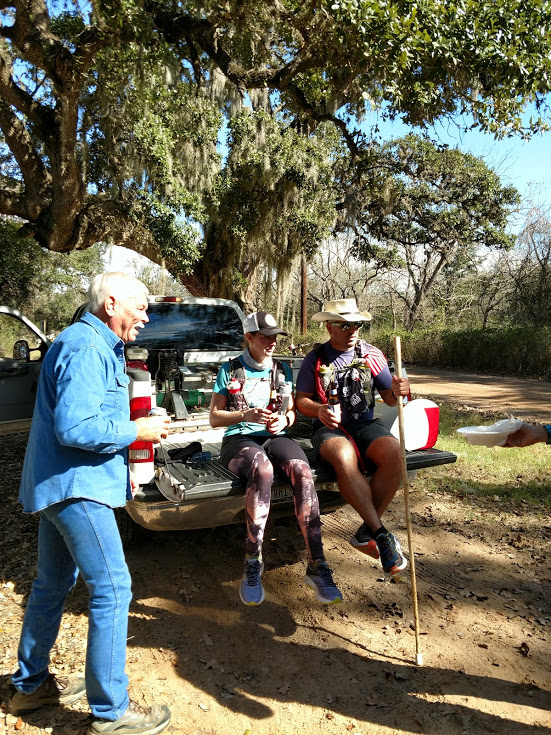 The magnitude of the mileage gave us time to absorb and reflect upon the immigrant communities that built these exquisite churches. In contrast to many farm towns left abandoned by younger generations, these towns have sustained communities still treasuring the small-town Texas lifestyle. One local man told us about the sacrifice he made to keep his family in Shiner while he commuted to Nashville for work. These communities are amazingly vital for their size, and one can’t help but wonder if the spirit that originally built the splendid churches is still alive and making life rich for descendants.

Each day’s route took the pilgrims to several of these churches, and ended at a town with lodgings. The overnight towns ranged from Moulton, population 900 to Yoakum, pop. 5900.

Besides the bejeweled churches, some of the high points on the ultra were a beer stop at a honkytonk in La Grange, the town made famous by ZZ Top (“Rumour spreadin’ ’round in that Texas town about that shack outside La Grange”) and the brewery in Shiner, home of the famous German-style Bock. 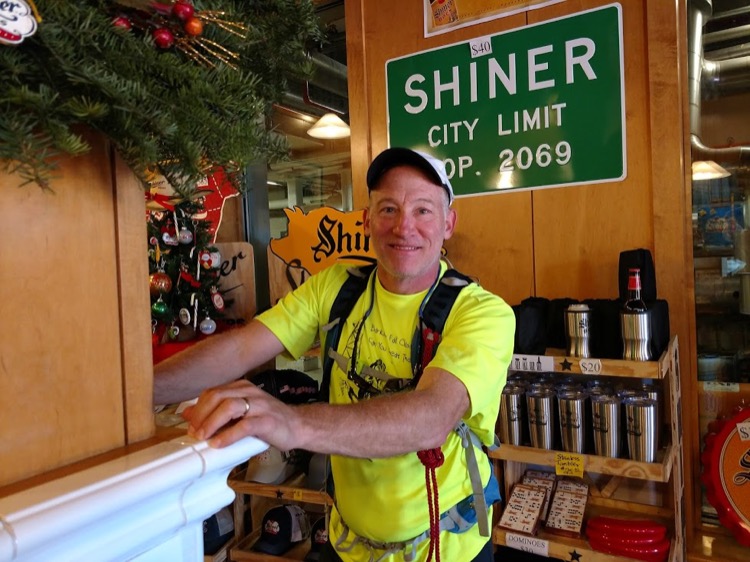 Along the route were dozens of historical markers, which told the story of the lives of local people through settlement, changes wrought by the railroad, the Civil War and two world wars, immigrant efforts to educate their children, and the indefatigable determination to make life good.

Over the course of the week, parallels developed between the historical immigrants and the athletes on El Camino… challenging weather, suffering and injury, a distant goal made possible by individual steps, a “suck it up” attitude and ultimate optimism. 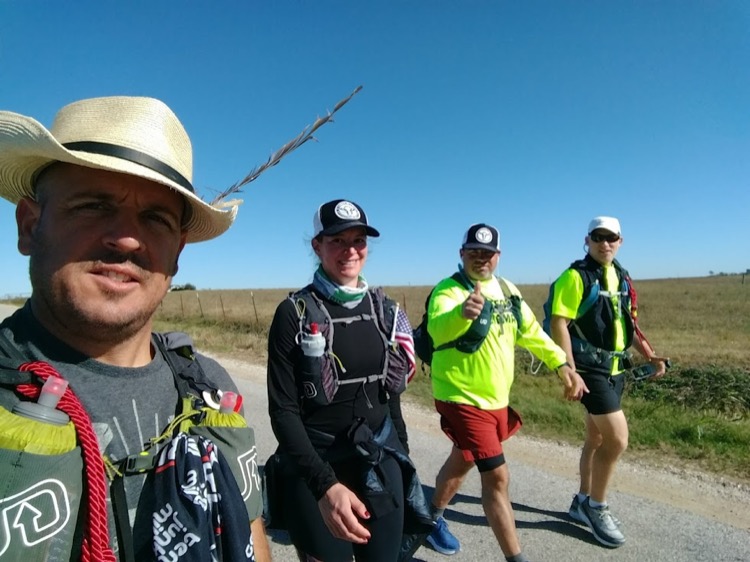 With its long distances, unpredictable conditions, and genial companions, El Camino de Lavaca 2017 succeeded as both an ultra stage race and a pilgrimage, mimicking life in its often extreme ups and downs, arriving home exhausted at last.

Thank you – what a PERFECT summary of a fantastic ultra!

What a journey of new Texas perspectives. I loved reading about this!