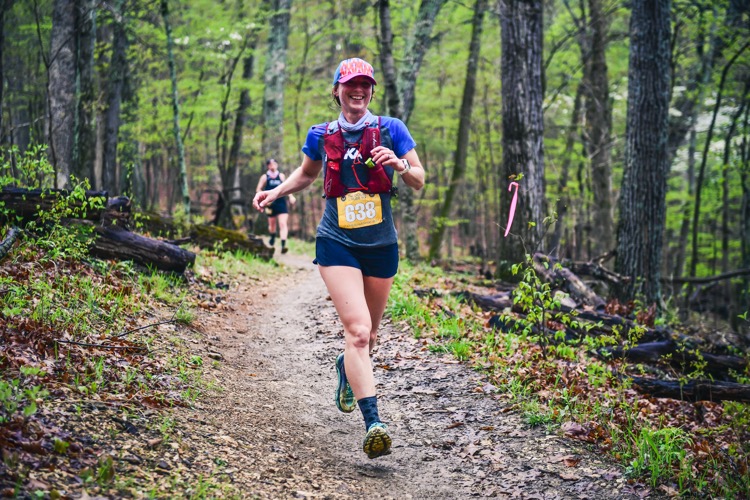 Racing is back and it’s almost normal. The 22nd Chubb 25 & 50K was held on April 17, 2021 after a hiatus in 2020. In the months leading up to the start, I wasn’t sure if the St. Louis County restrictions would allow us to run our normal race with a mass start, a smorgasbord of ultra snacks and a post-race barbeque. However, since I am writing this report, you can assume that some kind of race actually happened. Here’s how it went down. 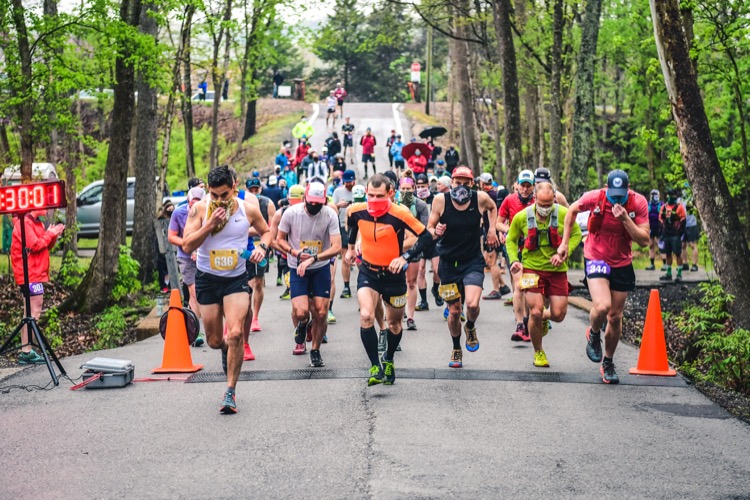 We were able to arrive on race day with only a few lingering restrictions left over from the County. The two main concessions we needed to make were a wave start (groups of 30) and serving pre-packaged drinks and food. While this put a damper on the mad rush to get in front of the pack at the start and all but halted our typical aid stations, we gave plenty of notice to the runners that they would need to plan on bringing their own nutrition. Oh, and one more small “concession.” In order to limit the frequency of runners passing each other face-to-face (typically an out-and-back course), we had to institute the fan favorite “Quadruple Bypass” route. This route is extra neat as it essentially doubles the elevation of the normal course. As such, the runners covered a 7.7-mile loop with about 1,100 ft. of gain per loop. The 25K did two loops and the 50K did four. 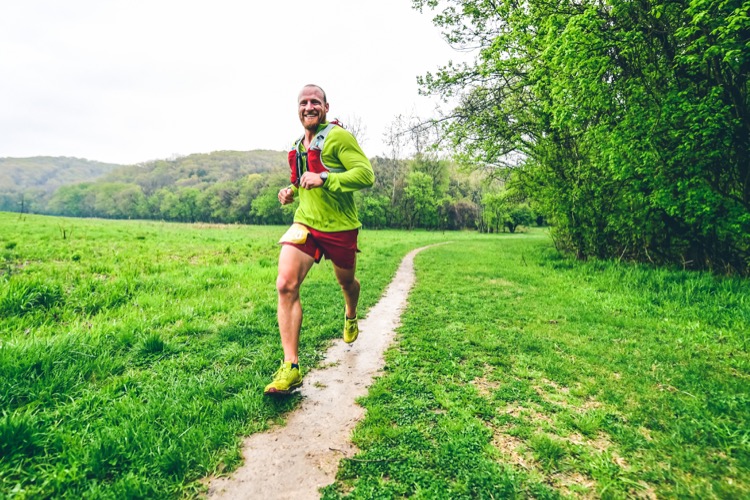 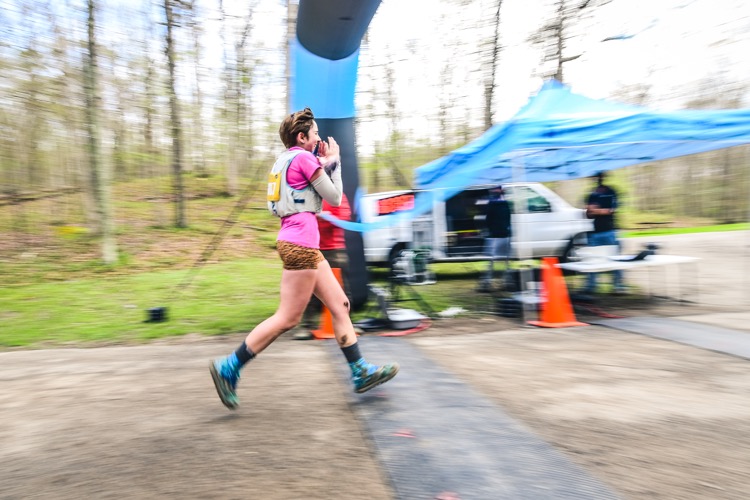 The day was blessed with cool temps and a light rain that lingered until 11 a.m. It was perfect weather for running. However, with the course being about 99% single track, the rain made it a little extra challenging for some runners to stay upright and out of the hospital. Outside of three somewhat significant casualties, the finish times were right in line with 2019 when we ran the same route. 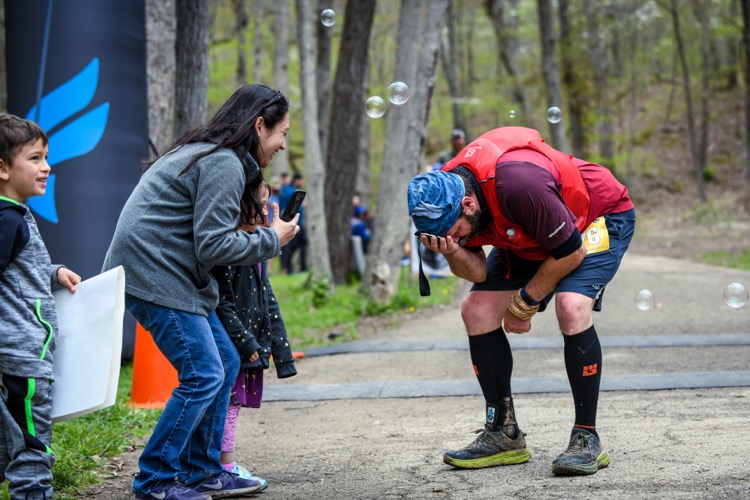 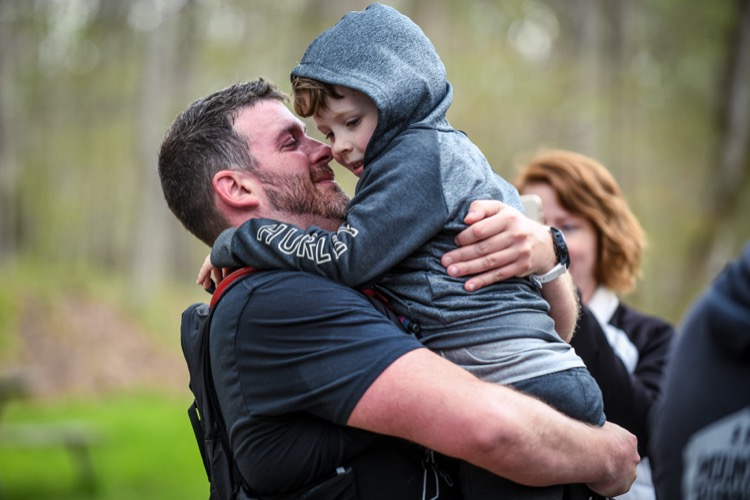 That’s the race stuff. Now to get sappy. As a race director, I get really caught up in making sure everything is perfect (and safe) for the runners and am hyper-focused on what’s needed in the moment. However, with the race dialed back a bit due to restrictions, I was able to interact more with the runners and listen to their stories. I heard so many runners tell me it was their first ultra and/or first trail race, and I was just amazed. I never realized how fulfilling this volunteer “job” could be, and I didn’t think I could love this race even more.