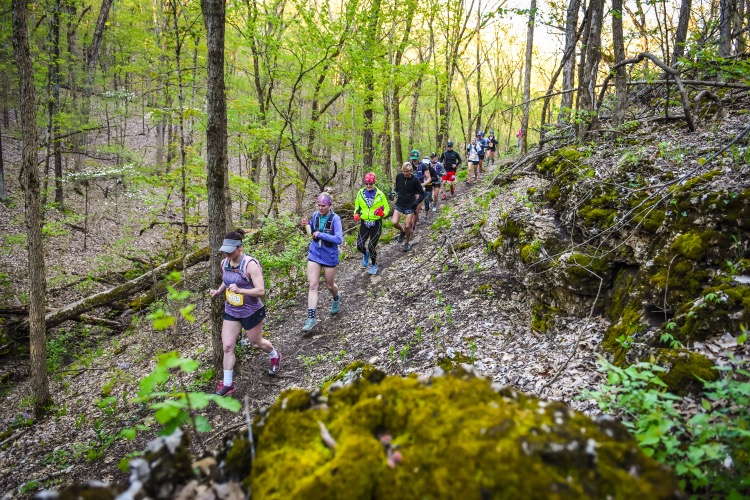 We had a very snowy, wet winter in St. Louis. Couple that with epic amounts of snow up north, and you end up with the perfect storm (puns are always intended). So, for the first time in six years (and the first time since I’ve been RD), we had to invoke the beloved “Quadruple Bypass” route.

Our normal Double Chubb 50K course is a 7-mile out-and-back from West Tyson Park to Lone Elk Park that the 25k participants finish once and the 50k runners complete twice. This year, three miles of that course was under water as the Meramec River decided to have a party outside of its banks. Due to safety – and lack of canoes – I made the decision to keep the course on the West Tyson side (a.k.a. the hilly side). Call it a gut feeling or RD intuition, but it felt like something would be goofy with the course this year and I had been planning a new route three weeks prior. I also wanted to explore some trails we typically don’t use for the race, and here’s how it went down. 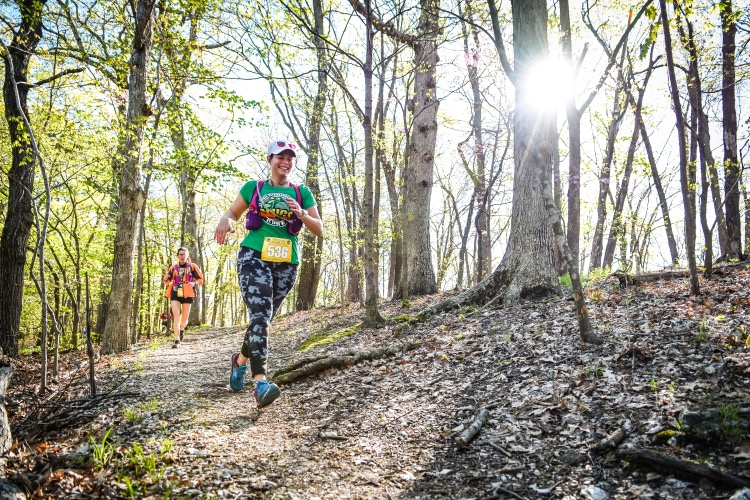 The day started with temperatures in the upper 30s – a bit cooler than we’d had recently, but the forecast called for a quick warmup in the high 60s and most importantly, no rain. The runners started at the park and ran down the road to the Flint Quarry trailhead (new this year). Flint Quarry Trail is an awesome, 1.5-mile trail that goes up to the famous Picnic Table where runners hang a right, catch the Chubb Trail, head down towards the railroad tracks and hit one of the most fun aid stations in all of running. To minimize two-way traffic this year, we sent runners on a little ridge trail, that I’m now calling the “No-Horse Trail” which also connects to the Picnic Table. Runners hang another right, get back on Chubb and head back to the Chubb trailhead. Sounds confusing, but the Picnic Table is a four-way intersection of trails and we use all of them. Once runners were off of Chubb, they headed down another park road to do a “nice” little up-and-down on the Chinkapin Trail. One of these years I’ll have to set up microphones on Chinkapin to hear what people actually think of me as a person, but I’m probably better off not knowing. Once finished with Chinkapin, they were met at the bottom of the hill by a new aid station disguised as a 1980s rap party. It was a good vibe and they played some game called “Thunderstruck” that involved beer and AC/DC. It seemed to go over well.

This new loop was about 7.7 miles and had about 1,125 feet of elevation gain. The 25k completed it twice for a total of 2,250 feet, and the 50k was blessed with four trips, totaling around 4,500 feet of climbing. Runners displayed mixed emotions at the end. Some lovingly told me I was mean, while others said that we should use the new course every year. Something to think about, for sure. 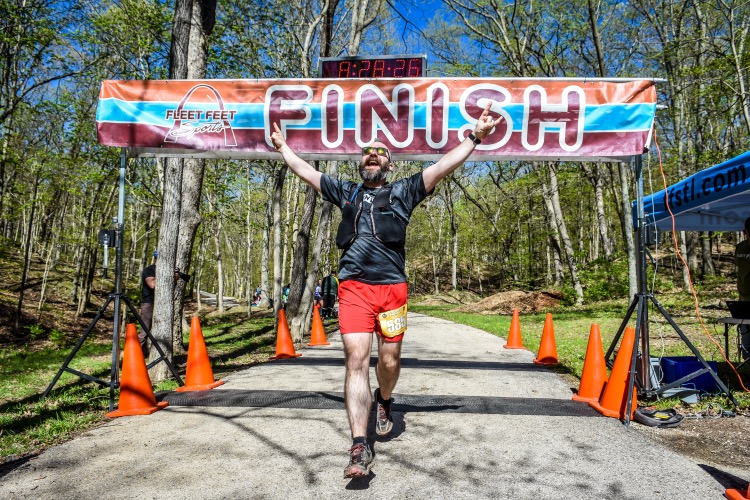 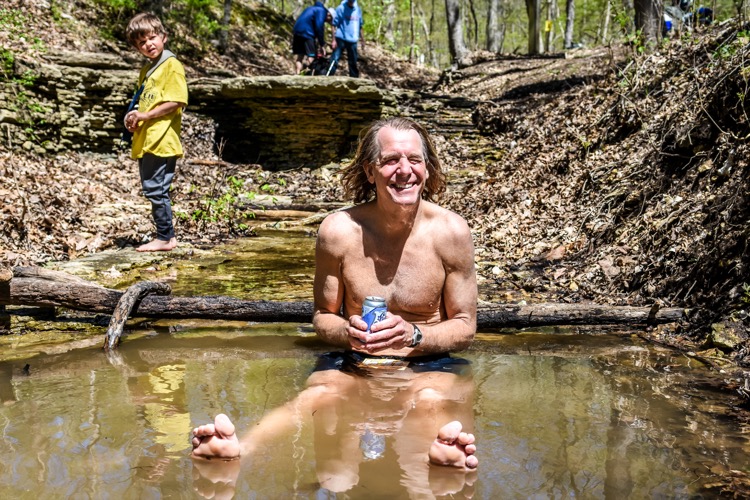 As mentioned above, the weather called for afternoon awesomeness and lots of sun, and Mother Nature delivered. The post-race party was incredible as runners, families and randos who hung out for the entire afternoon cheering each other on and swapping stories. Since I’ve taken over the race, I’ve always wanted it to be more than just a run, but also a celebration of accomplishment with some BBQ and beer mixed in. This year exceeded my expectations, and I caught myself marveling at how great our trail community is.

The top female and male in the 50k were the same as last year: Rita Short of Festus, Missouri, came in at 6:05:03 and Jack Wilkinson of Breckenridge, Colorado, won (for the third year in a row) in 4:11:47. The 25k was completely dominated by Molly Schmelzle of Ashland, Oregon, who took the overall win in 2:07:34. Andy Stann of St. Louis finished right behind her in 2:11:52.