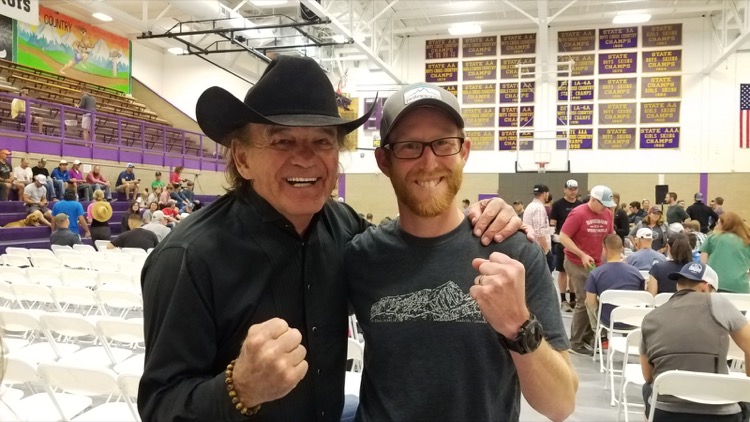 Appropriately known as the “Race Across the Sky,” the Leadville 100 starting line sits at 10,152 feet above sea level. From there, the race winds through the beautiful Colorado Rockies on an out and back course with the historic mining town of Winfield as the turnaround. The crux of the race, aside from the sustained altitude, is going over Hope Pass at 12,600 feet, twice — once at mile 43.5, and again at mile 56.5. Several finishers that I had spoken with imparted the wisdom that if I could make it over Hope Pass the second time, I’d finish. Aside from the physical nature of the challenge, there are notoriously aggressive cutoffs, making this even more difficult. During the race, I met several runners that had attempted Leadville two or three times with stories of not making either the Winfield cutoff or the second Twin Lakes cutoff. Even one of my crew members had attempted the race twice only to fall victim to the cutoffs.

Staying true to mining tradition, the Leadville 100 has an early 4 a.m. start. At the blast of a shotgun, we headed off into the dark. As a midpacker, my plan was to run relaxed, and let the day unfold. I didn’t want to feel like I was pushing until much closer to the halfway point. Things were going well for the first 20 miles, but by the time the course hit a stretch of road on the way to the Outward Bound aid station, the high altitude sun was warming things up quickly. When I got to see my crew for the first time at mile 27, I was feeling pretty cooked. I kept the crew stop short and with a handful of ice under my hat, I got back on course in the hopes of some shadier single track. 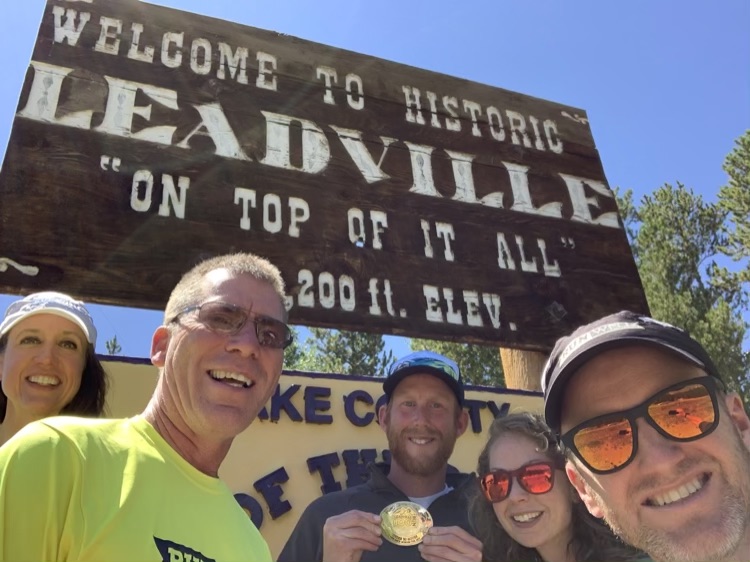 I saw my crew again at Twin Lakes, mile 37.9, and was feeling much better. I took a little longer at this aid station, but didn’t linger because my first trip up Hope Pass awaited. The next few miles before the climb were flat with several stream crossings that provided a welcome cooldown. Arriving at the Hope Pass trail, I settled into a purposeful pace. The closer I got to tree line, the more my calves burned, and the more my lungs craved oxygen that wasn’t there. I eventually arrived at the famous “Hopeless” aid station. From there it was one more mile to the saddle, and then I began the descent to Winfield where things slowly started to fall apart and I found myself walking on some of the flats.

The entire trip from Twin Lakes to Winfield ended up taking me 4 hours and 50 minutes. Despite the hopes of running a faster time, I found myself only an hour ahead of the cutoff. I had 5 hours to make my second trip over Hope Pass, or I would not be allowed to go on past Twin Lakes. I wasn’t sure how I was going to match the effort of the first climb, let alone only slow down by 10 minutes. Determined that my day wasn’t going to end at mile 62.5, I made the decision to put all I had into getting back over Hope Pass and distancing myself from the cutoff as much as I could.

From the moment I left Winfield I was strategizing how I was going to make efficient use of the Twin Lakes aid station. I envisioned the worst case scenario of having to run by my crew, shouting instructions for my pacer to meet me up the trail with what I would need. Once the climb got steep, I was making the most out of having trekking poles and giving it all I had. I started to encounter the runners that already knew they wouldn’t be able to make the Winfield cutoff and their looks of sadness and disappointment only fueled the fears of my own DNF. I caught up to a group of runners and told them I was going to pass. One of the runners looked back and remarked, “Get out of the way, he’s got that 1,000-yard Sylvester Stallone stare.” They let me by, shouting “Stallone!” as I climbed on. Once I was finally above tree line I was able to see the long chain of the switchbacks that lead to the saddle. As I continued the relentless ascent, the sun began to fade, and the cooler temps were a very welcome change. I managed to make it to the saddle of Hope Pass proper by 7 p.m. and began my decent to the “Hopeless” aid station where I stayed only long enough to fill my bottles and dig out my headlamp for when I would need it. 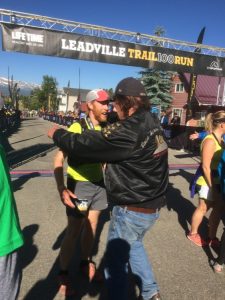 With the cooler temps and the steep downhill, I became a new runner and took full advantage of gravity’s assistance. Even in darkness I gained momentum. I managed to dig deep and accomplish the return trip in 4 hours, allowing for an hour cushion to take care of myself at Twin Lakes and pick up my first pacer. Feeling energized, I was ready to tackle the rest of the course. I may have beat the toughest cutoffs, but I still had nearly 40 miles to cover.

Thankfully these miles weren’t as dramatic due to the more relaxed cutoffs, great volunteers, and my amazing crew. I made the relentless return trip up Powerline to visit “Space Camp,” caught the sunrise over Turquoise Lake, and made the slow grind back up 6th Street. Finally, after almost 29 hours of running, I crossed the finish line to receive a hug from Ken and Merilee, as well as my buckle.

Every year since 1983, Ken and Merilee have invited runners to Leadville to face the challenge of running 100 miles through some of Colorado’s highest and toughest mountains. The race has stayed true to its roots and still doesn’t have any qualifying standards, other than the desire to embark into the unknown. Finishing the Leadville 100 truly takes grit, guts and determination.