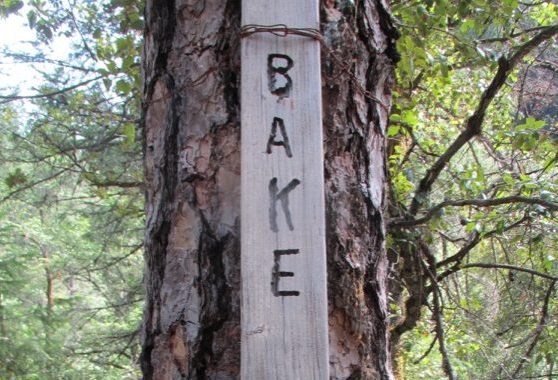 “next day it went higher, whole of me catch a fire, I couldn’t take it no longer, chokin’ on some cold ice water…” – ‘Coming In Hot,’ Peter Tosh

The early season heat wave that set up shop in California’s Eastern Sierra during the weeks leading up to the 2015 Western States 100 couldn’t have been scripted more perfectly from an adaptation perspective. The stress of the real training was on the wane (hard training and heat training combined is a recipe for disaster as both are major stressors on the body) and I took full advantage of the soaring temps to stress my body in a thermoregulatory sense. As the temperatures soared into the 100s two to three weeks out from States, with the Owens Valley convective oven reaching 108 degrees, I headed out at every opportunity during peak afternoon heat for easy runs and hikes that felt eerily difficult in the intense glare of a searing sun nearing its solstice.

For added effect, on the drives to and from my run routes I rolled up the truck windows tight with the heater vents on full frontal. Stepping out of the cab after 20 minutes facing a blast furnace, the 100+ degree air of the outside world would initially feel cool, goose bump-inducing cold even, until my body readjusted. Was I overdoing it? Perhaps; but held up against a typical sauna, or multiple-hooded-sweatsuits training protocol, neither of which appeal to me, perhaps not. Besides, I never passed out in my truck and the heat at Western States was the least of my race day concerns that year as I finally nailed a solid effort all the way to Auburn.

Weather patterns and ultrarunning calendars don’t always ideally align though, as has been the case this year training for the upcoming San Diego 100, another typically hot race. After a brief spike into the 90s the first week of May the past three weeks have seen me still occasionally donning a down jacket to run town errands and freezing in sudden desert mountain range hailstorms, with way below average temps the norm. Appropriate time to heat acclimate without resorting to odd clothing choices or sweaty, time-stopping steam room sessions is vanishing quicker than a sheet of non-existent water on an approaching playa.

Proactively acclimatizing to hot weather before standing on the start line of a toasty hundred mile race would seem like the most logical thing to do; however it may actually be of no greater importance than what you do to manage the heat on race day. Put another way, you could show up to a race maximally heat adapted and still succumb to heat related performance issues due to not taking steps in the moment to mitigate the effects of hot weather on the body’s physiological processes. This reality is the mindset-calming equivalent of an ice cold can of Coke applied first to the neck, and then poured down the hatch.

For those of you, like myself, who are potentially facing triple digit temps to match a triple digit race distance, here are some things to consider to keep your ‘A’ goals from evaporating:

Premature Hammerheads Need Not Apply – Avoid the inclination to run the early, cooler miles faster than you otherwise would in an effort to “bank time” to make up for the inevitable slowing down during the midday heat. The pacing penalty for early withdrawal will likely find you bankrupt on energy with a large balance of miles still due. Instead, stay within your comfort zone, adjusting your effort as need be with the heat, and bide your time for the late afternoon and evening cooldown. If you have properly taken care of yourself from a pacing, fueling, hydrating and cooling perspective, time and temps will now be on your side and you will be able to pull the most rare and invigorating of 100-mile running tools from the kit: the closer’s hammer.

This Ain’t “Skinemax”… – There are a lot of filmographers in ultra these days, but even if you feel like you’ve sculpted a silver screen physique, keep covered up. You don’t necessarily need to wear a bright white, full coverage sun protection kit like you often see the Badwater runners wearing, but going shirtless or wearing just a sports bra for hours on end in intense sun, even with every square inch of exposed skin smeared in sunscreen, will sneakily drain you of energy. Besides, less clothing equals diminished ability to accomplish perhaps the most important race day heat mitigation tactic… 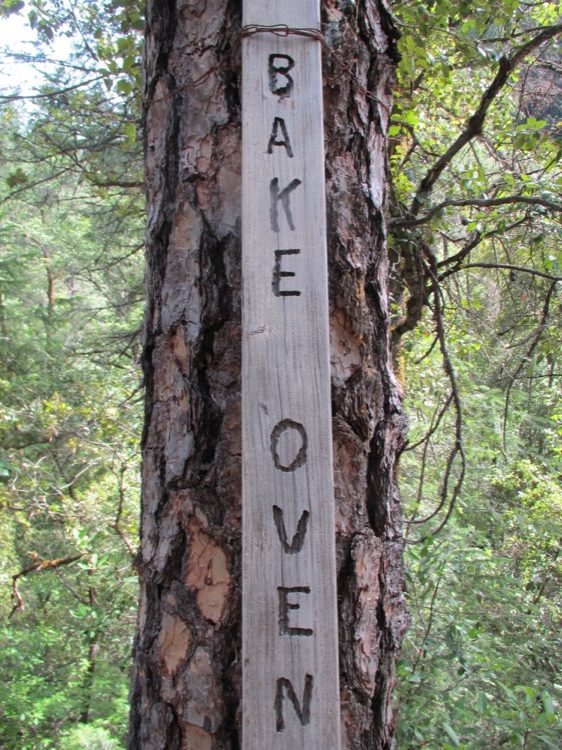 If you know where this is on the Western States trail then you know that cooling waters are also nearby. Photo: Jeff Kozak

…But It Is A Wet T-Shirt Contest – Get wet and stay wet. Every opportunity. No exceptions. Aid stations. Creeks. Carry an extra water bottle for sporadic spraying on the move. If you find yourself fixating on the seconds – or even minutes – you’re spending dousing yourself and soaking your shirt thoroughly, visualize a juicy grape turning into a shriveled up raisin. That will likely be you if you skimp on the wetness. The effectiveness of this form of enhanced evaporative cooling cannot be overestimated. I am not aware of any scientific studies demonstrating that grapes are faster, but the anecdotal truth is definitely in the raisin pudding.

Ice Ice Baby – If you are fortunate enough to have ice provided at aid stations, utilize it. Put some cubes under your hat; in your sports bra. With so much blood flow near the surface, the neck is a great place for the slow, cooling melt of frozen water. I have a Buff I have cut open, folded a corner over and safety-pinned closed to create a pouch I can quickly stuff ice into and tie around my neck. There are likely now products on the market designed specifically for this purpose…but I had a Buff and safety pins (saved from race bib pinning, of course) to spare and it’s fun to get creative.

Hydration In Moderation – When not heat acclimated it may seem sensible to think one way you can compensate is by drinking a ton of fluids, both plain water and electrolyte/carbohydrate drink mix. This can quickly lead to bloating and nausea as your body has not adapted to processing the higher volume of liquids. When your vehicle’s temperature gauge starts to rise and the fluid levels are normal you don’t attempt to alleviate the problem by overfilling the coolant and oil reservoirs; instead, you slow down and turn off the air conditioning. In other words, you reduce the level of stress being placed on the engine. The same rule applies to your body.

Salt In The Heat-Stress Wound – Ever notice that after those first few hot weather runs in the spring your clothing and/or skin is usually caked in salt crust? Eventually those sodium stains no longer appear as your body adapts by reducing the amount of salt lost through sweat. Maintaining ideal electrolyte balance is often tricky but when not heat acclimatized it is especially so, as simply taking in a lot more salt than you are used to can also lead to its own set of problems.

The water/electrolyte table presented by Karl King of Succeed S!Caps in the May 2007 issue of UltraRunning is still one of the best resources available. If the chart looks intimidating, that is simply because it mirrors the complexity of maintaining homeostasis, especially when pushing to extremes, both of distance and effort. Familiarizing yourself with the symptoms of various combinations of conditions can prove invaluable if it feels like a hyponatremic turd is about to hit the waterlogged fan, or vice versa.

Still not convinced that you can have a great hot weather performance without the benefits of strategic pre-race heat acclimatization? Rob Krar claims to have not done anything specific for heat adaptation before his Western States performances. He won the iconic race in 2014 and 2015. With highs in Auburn of 89 and 91, respectively, one could argue heat wasn’t that great of a factor. In his debut in 2013 he finished second to repeat-winner and course record-holder Tim Olson. His time was 15:22. It was 102 degrees; the 10th fastest time on the course during the second hottest year. You can bet he mitigated like a master. It can be done.

Tight, sweaty yoga pants? No thanks! Ha, yeah I know that’s become a popular way to heat acclimate in cooler climates. I guess it does sound more appealing than 3 layers of hooded sweatsuits.
And, I’ll happily take a mid 80s forecast for race day…

“Rob Krar claims to have not done anything specific for heat adaptation before his Western States performances.” You mean other than living and training in Arizona. As an Oregonian, we are lucky to see one day over 80 degrees before Western States or other early summer races that can be hot. I am sure that coping with heat on race day as direct can certainly help a lot, but trying to acclimate as much as possible still seems sensible.

Well, Krar was living in Flagstaff at 7000′, not Phoenix…but, yes, I agree that acclimatizing to heat prior to raceday AND maximizing race day heat management strategies is the best case scenario. If I gave the impression that the former is useless then I failed as a writer.
The main point of the article was that a lack of the former does not have to mean a miserable day and a significantly subpar performance. You will be compromised from your absolute potential given your fitness state for sure but it doesn’t necessarily have to result in settling for your ‘D’ goal or whatever.
Fitness first no matter what at any rate. Heat adaptation second. And it can be tricky to time it right. I wouldn’t want to be heat adapting while also training hard, and I also wouldn’t want to be “cramming” my heat training in too close to the event because it can really fatigue you. It’s every bit as big of a stressor as a hard workout or long run.
Since it takes 2 or so weeks to really acclimate, heat training from 3 to 1 weeks out from race day is best, as you can work it in as your long runs and speedwork both decrease in volume, then give yourself a week or so to recover from heat training stress.
Whether you can make this happen naturally or not (not in places like Oregon obviously!) depends on where you live for sure.
I doubt I’m the only one that doesn’t care for alternative heat training methods when Mother Nature isn’t cooperative!
Thanks for reading, and for the comments.
Have a great summer running season!
Cheers,
Jeff