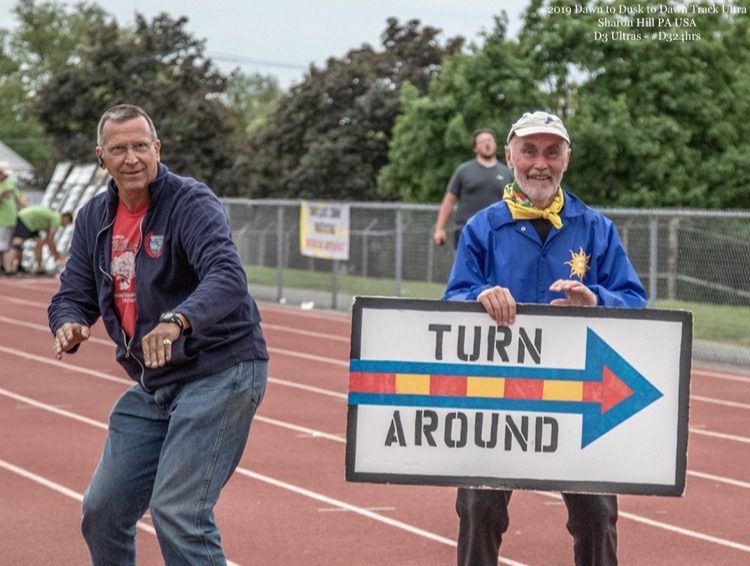 The 2019 edition of the Dawn to Dusk to Dawn Track Ultras took place May 10-12 on the USATF-certified 400-meter track at Academy Park High School in Sharon Hill, Pennsylvania, a suburb of Philadelphia.

Saturday morning dawned with lots of activity trackside, as runners and race organizers made final preparations for race day. Precisely at 7 a.m., fifty 24-Hour runners began their odyssey, with several runners of both genders hoping to put up a performance worthy of garnering a spot on a National 24-Hour team. Competition for a spot on the US Men’s 24-Hour team was intense, as a handful of runners vied for the honor of representing their country in Albi, France this coming October. 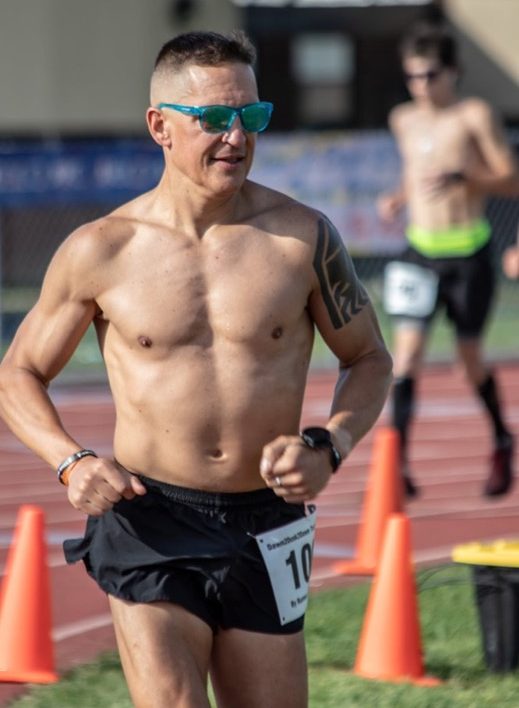 Forecasted cool and cloudy conditions never materialized, as the day turned warm and sunny. Runners made the first change of direction four hours into the race, and veterans John Cash, Josh Finger, Harvey Lewis, Pete Kostelnick, Bob Hearn and Rich Riopel were joined by younger runners Jacob Moss, Jon Koehler, Jordan McKelley and Kevin Lashley in the hunt for a US team spot. Gene Dykes, the wunderkind of the 70+ set, was out to set new national Men’s 70-74 age group records in 100-Mile and 24-Hour. He did just that by race end, with a 21:04:33 100-mile split and 111.79 miles.

In the women’s race, a stellar field of North American women were out fast, as Micah Morgan, Jasmine Chiaramonte and Laurie Dymond vied for a spot on the US Women’s 24-Hour team, while Charlotte Vasarhelyi was looking to qualify for a spot on the Canadian 24-Hour squad. Deb Horn, running in a new age group (60-64), was looking to set a handful of national age group records, and she succeeded in fine fashion, notching four records (pending ratification) – 50K, 50 Miles, 100K and 12 Hours.

Soon enough, the 50K was done, and as day turned to dusk the 12-Hour runners stepped up and began their race. Matthew Garrod’s 76.43 miles led the 12-Hour race, with Women’s 12-Hour winner Maria Shields hot on Matt’s heels. Shields’ 62.27 miles was a world-best age group mark by the slimmest of margins, less than five hundredths of a kilometer. Her 100K and 50-mile marks were new National Women’s 65-69 age- group records. 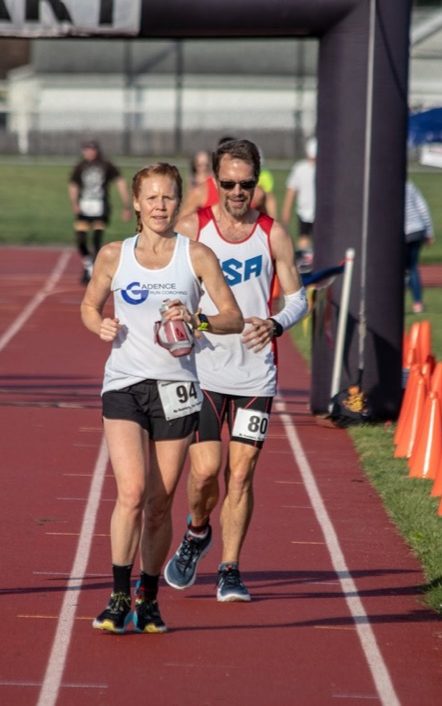 As dawn and race end approached Sunday morning, the field began to fracture as runners held the pace – or not. Riopel continued to power his way around the track and never slowed, winning in a course-record 161.82 miles, well above the 155.1 needed to grab a 24-Hour team spot. Lewis did the same by notching 156.33 miles, but others couldn’t keep pace. Kostelnick stepped off the track with more than 6 hours left at 117 miles, and Bob Hearn saw his hopes for a 24-Hour team spot dashed when his 150.1- mile effort fell short of Riopel’s and Lewis’s marks.

In the women’s race, Micah Morgan built a big enough lead to be able to stop with a bit more than three hours left and still hang on for the win with 130.7 miles. Vasarhelyi’s 121.7 miles was good enough for second, and Chiaramonte finished third with 118.5 miles.

The weather added to the late-hour drama as the wind picked up significantly just before dawn, and intermittent rain squalls blew across the track and infield. As soaked runners wound down and time ran out, an epic chapter in the story of D3 came to a close. Co-race directors Bill Shultz and Josh Irvan thanked the runners, crew, race supporters and volunteers, including the cadets of ValleyForge Military Academy, for all their efforts in making 2019 a race toremember.