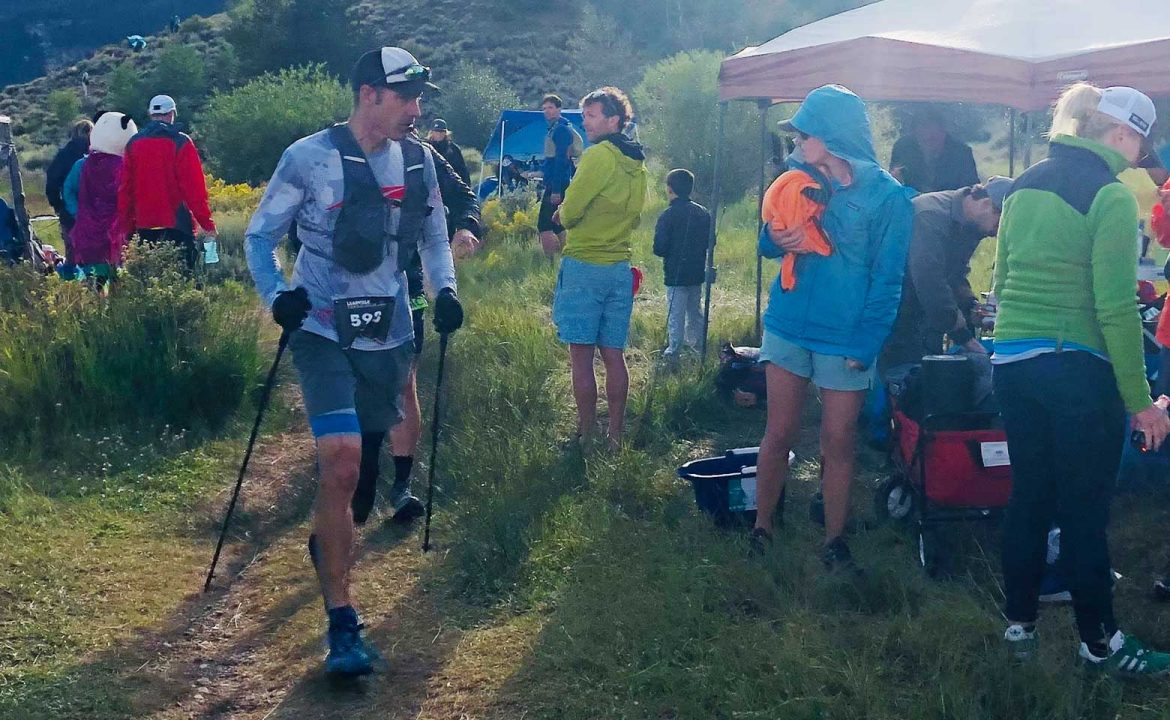 After years of notable ultrarunning performances (not to mention those in adventure racing), Boulder, Colorado’s Dave Mackey became an official legend of the sport with his recognition as 2011 UltraRunner of the Year. Dave did that in his early 40s amidst medical school to become a physician assistant and raising two young children. The legend grew when he survived a fall on Bear Peak that left his lower leg badly injured and, eventually, electively amputated in 2016. He has since finished the Leadman series, which consists of multiple events in the Leadville Race Series in a single summer: Trail Marathon, Silver Rush 50 Run or Ride (or both, for Dave), Leadville 100 Mountain Bike, 10k run and Leadville 100 Trail Run (see Billy Yang’s film, “Leadman,” on YouTube). And now, Dave’s latest accomplishment as a 51-year-old practicing physician assistant raising two middle schoolers alongside his longtime wife, Ellen: a 23:23:46 finish at Leadville. Prosthetic or not, that’s an incredible time. Here’s what Dave had to say.

Before the injury, training was more structured with intervals and hard training. I used to race basically every other month, and that alone made for a lot of intensity. That said, my training when I was at the elite level was still relatively loose compared to the other top runners, and I enjoyed mixing in adventure racing and rock climbing. Now, with a prosthetic, it’s very hard to run with intensity unless it’s on very flat ground. As you can imagine, running with a blade is tricky. Knowing that I can fall very easily running on technical terrain, I focus on putting in the miles while paying very close attention to the trail.

How do you balance training/racing with work/family?

I get out early in the morning so I can get home by 6:45 a.m. to help get the kids out the door. This makes for a lot of running in the dark, and I highly enjoy those early morning hours with the dog on the trails at sunrise. Plus, it’s too damn hot in the summer on the Front Range to run later in the day.

How is Boulder the same and/or different as compared to 20 years ago?

There’s been a lot of development in Boulder, but the open space is still great, and I pretty much stick to my own little world here in South Boulder, rarely going downtown in the traffic.

Is your prosthetic totally dialed and consistent these days, or is that an ongoing process?

Adapting to the prosthetic socket plus blade and/or foot is extremely challenging in the first year because the limb is constantly changing. That means what was a perfect fit two weeks ago now doesn’t work. Running really is about 10 times harder during that first year. Even now, I continue to get abrasions, but luckily there are many tricks to this that can only be learned with experience…kind of like life. 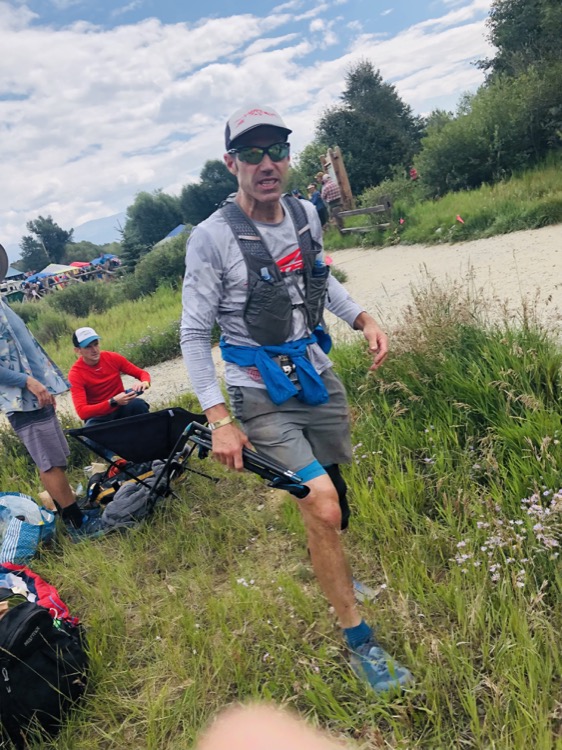 Do you think about your accident when you’re out in the mountains? Has the incident changed anything about your behaviors, gear, etc.?

It does cross my mind when I’m out in the mountains, especially because I often run near the accident area. That said, I don’t dwell on it. Stuff happens and people move on. I do think more carefully about gear, especially in the high mountains. I always bring my cell phone. I don’t bring a tent, but I do always have the appropriate clothes, food and water. Bringing a friend (even a dog) can also be helpful. And of course, think about water and survival needs for your dog.

What are the advantages of training by feel? And do you think some runners are overly focused on metrics?

When you train by feel, you can go out and run instead of worrying too much about it ahead of time. Even though my training is fairly unstructured, I do think some level of structure is good for most runners. Knowing how your body and mind work is important; do what’s right for you!

How’d things go in Leadman this year? And were you happy with your time for the 100-mile run?

The Leadman series did not go as planned because I crashed in the 100-mile bike and could not finish. A week later, the 100-mile run ended up going just about as well as I could have hoped. The conditions were just about perfect—not too hot and not too cold. Some people faced a bit of hail; I just faced a little rain around mile 95, which felt good. I had been training for the run and bike, so I do think I might be able to go faster if I decide to focus purely on the run in the future. I’ll let this sink in for a while before deciding whether or not to do that.

Do you think other amputees and accident survivors find some inspiration in your story?

I do hear often from other amputees and non-amputees. I’m not very good about social media, but I do love hearing from people and it’s great to know this might help others.

Any advice for new ultrarunners?

Go easy and don’t jump into something too big too early. Gradually work your way up through the distances; take the long view rather than burning out. Contrary to what Neil Young says, it’s better to fade away than to burn out.

As the Legend of Dave grows based on his ongoing accomplishments, I want to note what really stands out to those who know him well personally. Dave’s true legend is his essence as a reliable friend, committed spouse, present father (of kids and a young pup/training partner, Bear), hard worker and good, humble dude.

Travis Macy is a speaker, author, coach, and professional endurance athlete. Author of The Ultra Mindset: An Endurance Champion's 8 Core Principles for Success in Business, Sports, and Life, he holds the record for Leadman and has finished over 120 ultra distance events in 17 countries. Travis lives with his wife and two young children in the mountains around Evergreen, Colorado, and is sponsored by HOKA ONE ONE, among others. He wants to use “get better” goals in 2016 to keep improving as a husband and father. He hosts The Travis Macy Show podcast.

Legend for sure……encouraging And Inspiring