Racers getting into the spirit at the start of a loop. Photo: Michael Lo Presti

The runner turns the final corner and sees the start/finish area. Cowbells clang and shouts reach through the cold New England air. She staggers across the timing mat, looks up to make sure her lap was registered, and walks over to the buffet that awaits at the aid station.

“I think I might be done,” she says, dipping a handful of potato into a bowl of salt.

The runner looks up at the clock. Time is slipping away…but there is, indeed, time for one more loop. Maybe even more.

The bells and cheers and smiles and potatoes stir her spirit. She finishes her snack and steps back onto the grass to a rousing round of applause and shouts. The next lap begins.

This is the spirit of the Fall Fling 400 presented by the CT Trailmixers trail running club at YMCA Camp Sloper in central Connecticut.

The idea is simple: See how many two-mile loops you can complete in 400 minutes (6 hours 40 minutes). Runners make their way over a variety of terrain in that two miles – rocky and rooty climbs, swift single track, dirt road and grass. They can run as many loops as they like, with medals awarded to anyone who completes at least two loops. 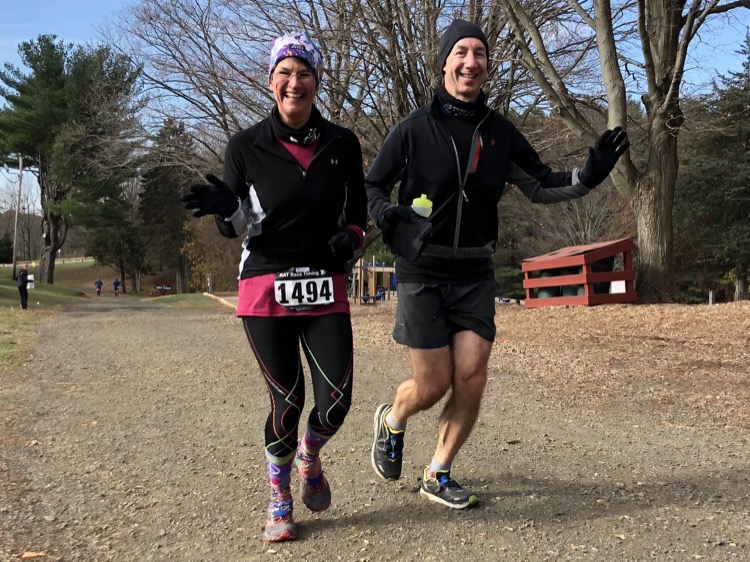 One hundred thirteen runners arrived in the frosty early morning for the 400 race. With temperatures in the mid-20s, people huddled under blankets and hoods until race start at 8:00 a.m. Within the first few loops, people gradually warmed up, shedding layers each time they came through the aid station.

As the runners came through each lap, they were greeted by an ever-growing crowd of volunteers, friends and family members. The food tables became the social hub and gathering place for the day, with people swapping stories and replenishing their calories from a spread that included everything from chips and fruit to pancakes and even lobster.

As the sun arched overhead, people started signing off the course, completing six, eight, or even ten miles. But there was no sense of disappointment or shame. Many had come with the goal of reaching those distances. They grinned, got their handmade medals, and stuck around to cheer on the other runners.

The ranks of the runners continued to dwindle as the clock ticked toward zero. With an hour or so left, it was clear that several runners were going to best the distances from last year.

Local runner Sarah Ports, who built up her endurance through hiking, running, and rock climbing, logged an impressive 36 miles, six more than the leading females from 2016. She was steady and light on her feet each time she came through the aid station and finished in an impressive 6:23:28. 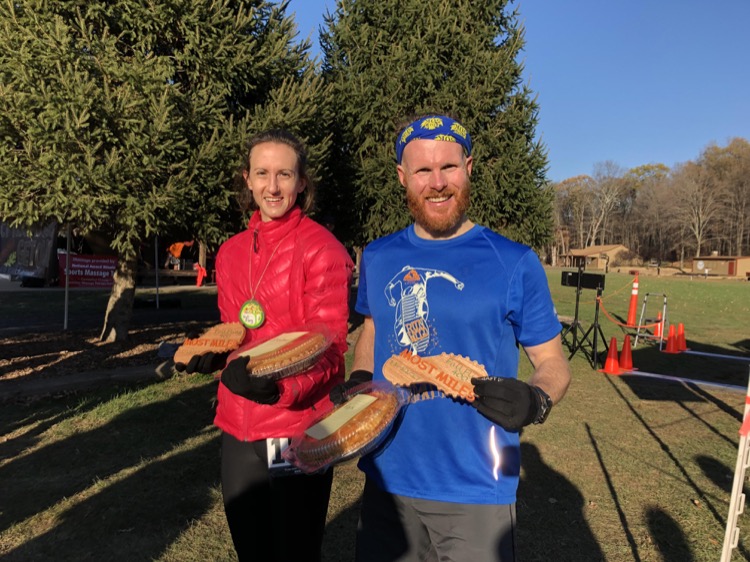 We weren’t sure if anyone would reach 40 miles this year…until a trio of runners did just that. They were led by Jay Mitchell, who was our overall winner with a time of 6:32:31. Upon finishing his final lap, he dashed back out on the course to pace another runner, Joshua Stockdale, ensuring Joshua would also complete the 40 miles before the clock expired. Watching this act of camaraderie reminded us all of what we love so much about our sport and the trail running community. Ryan Timme was the third person to reach 40 miles, coming in mere minutes after Jay and minutes before Joshua. All told, 29 runners completed at least 28 miles to notch an official ultra finish.

As the clock expired, the crowd gathered near the aid station counted down in chorus. “Three…two…one…YAAAAY!” More clapping. More cowbells. More hugs and high fives and pizza and massages. And then off to celebrate.

Congratulations to everyone who raced and reached new distances or set PRs!