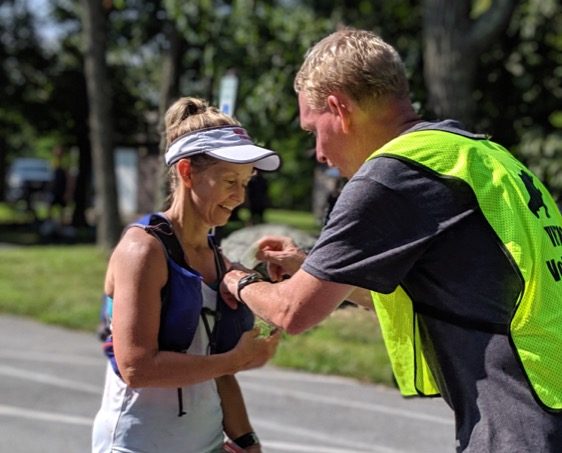 Carnage. That is the only word to describe the effects of the heatwave which enveloped the east coast. Dreams were destroyed. Months of training, unless they included sauna work, were essentially for naught. Hell, organizers cancelled the New York City Triathlon due to extreme heat advisories that same weekend.

But the ultra-world isn’t like any other. Races went on as scheduled. Race directors readily discussed their best how-to-deal-with-hotter-than-expected-weather strategies with each other. They worked together to ensure participant safety while still allowing the events to continue as planned. In the end, a large number of registrants would simply stay home from events on that weekend, opting not to subject themselves to Mother Nature’s wrath.

The Catoctin 50K in Frederick, Maryland, was race director Kevin Sayers’ 20th year, and garnered no relief from the stifling heat. There was plenty of chatter amongst those brave enough to show up that given the “cool” conditions at the start (78 degrees), that it wasn’t going to get nearly as hot as the forecast called for. Little did those optimistic souls know that 44% of them were destined for failure.

After the first few miles, it became evident that the early morning 80% humidity and temperatures in the 80s were a mere harbinger of much harsher conditions to come. Runners struggled to make cutoffs all day long, as they tried to balance their exertion levels with the heat and suffocating humidity. 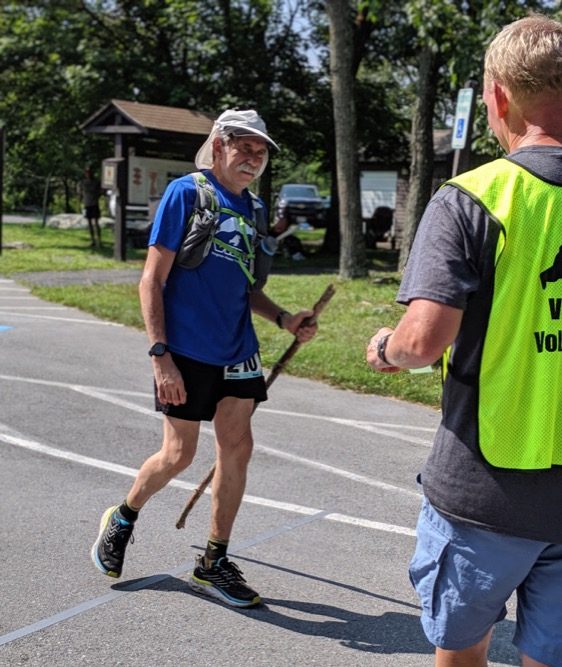 As the day wore on, temperatures steadily climbed into the mid-90s and stayed there for the duration, with what felt like temperatures well above 100-degrees all afternoon. Even though the majority of the Catoctin course runs through a shaded forest, the few sections that were open and exposed to the sunlight were brutally cruel to those clawing their way back to the finish. (There was no great surprise when an infra-red thermometer brought out to the finish line at around the 7-hour mark showed a pavement temperature of 135 degrees.)

Lance Dockery, C&O Canal 100-mile race director, led from start to finish, seemingly impervious to Mother Nature’s wrath. The only thing that slowed him down on his way to a 5:15 finish was a nasty fall on the return leg of this out-and-back course. Even after taking time to collect himself after his swan dive onto the abundant rocks on the Catoctin Trail, he managed to better his winning time from 2018 – an amazing feat considering the day’s weather.

What was abundantly on display throughout the entire field was the collective ethos of runners and volunteers helping one another that makes folks fall in love with the ultra community. Water was shared between competitors when bottles ran empty and ferried back to runners by finishers who had already endured hours of torture. We can’t forget about the performance of a stellar volunteer corps, led by seasoned veterans who know how to take care of runners from start to finish under any conditions.

This year’s “Hell Cat” was certainly one for the books. It assuredly won’t be duplicated, as it was announced that in 2020 the race will start and finish at what has traditionally been the turnaround point, Cunningham Falls State Park’s manor area. Kevin has assured all that in keeping with Catoctin tradition, there will be one last obligatory, cruel climb just before the finish.