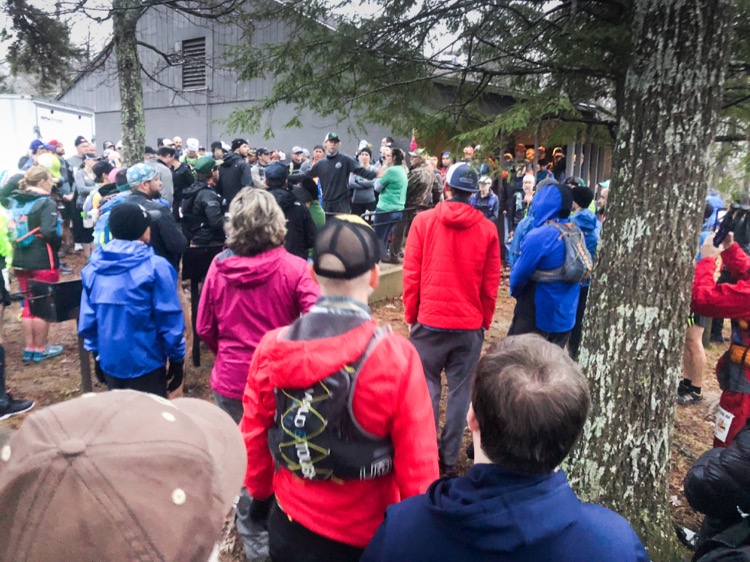 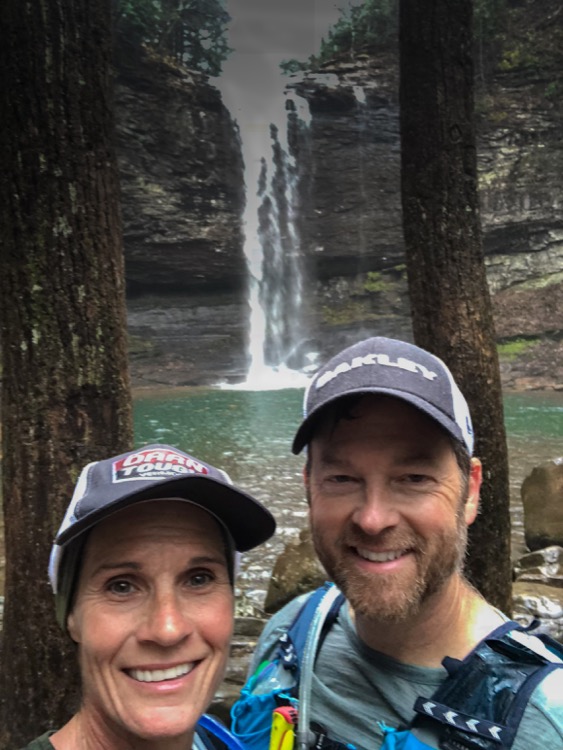 Soren and his wife on their couple’s weekend. Photo: Soren Brockdorf

We just needed a couple’s weekend. The last of our three kids left the nest this year, and now they are all in college. Is there a better way to sort out and plan your golden years than with a 7-hour drive to spend 30 hours in nature? I researched online recommendations of best trips for couples, and found great options include fall foliage, new clothes (I assume they meant belt buckle), group exercise, great food, nice accommodations, memorable photo opportunities and most importantly, a trip where someone else takes care of almost all of the planning. While talking with a friend, she mentioned a race that she was doing which might fit our needs. Her idea nailed every single point of my couple’s weekend check list, so we signed up for Run Bum Tours’ Chattanooga 100-mile race.

A lot of questions were answered for me on my first 100. My wife and I like to run together, but we run differently. I am really a 5k guy who can win my age group, but the longer the race, the worse I do. My wife on the other hand, is a set it and forget it type of runner where she can just pick a pace and keep going. This race is normally very fast and except for the very beginning and end, extremely runnable. It was for that reason we decided to run it even slower than normal and keep a steady pace most of the time. We kept a pretty large lead on the cutoffs with lots of time for selfies and amazing scenery.

Due to some technical issues and helping a runner in trouble, we lost almost all our cushion by mile 43.4 at Lula Lake aid station. We had to be there by 2130 and common sense would say to DNF and try again next weekend at another race, but unlike three others who came in right after us, we kept going. Out of this aid station there was actually some road, so we started to run to make up time—which we did. By mile 50.8 at Covenant College we had five minutes over the 16-hour midnight cutoff. Our carriage was not a pumpkin yet, so we ran on. We should have DNF’d there, but we saw a friend that said you don’t stop until the race director makes you. I am not sure what my thoughts are on this advice because the course was getting bad, but it was about to get worse. 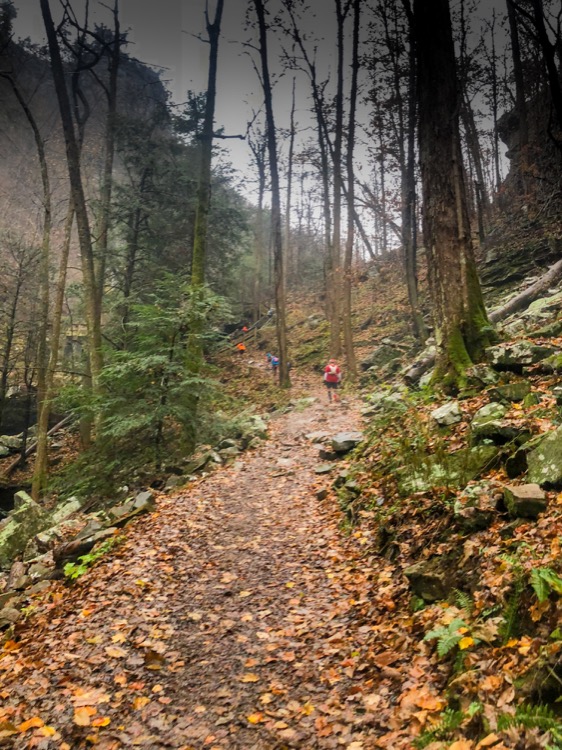 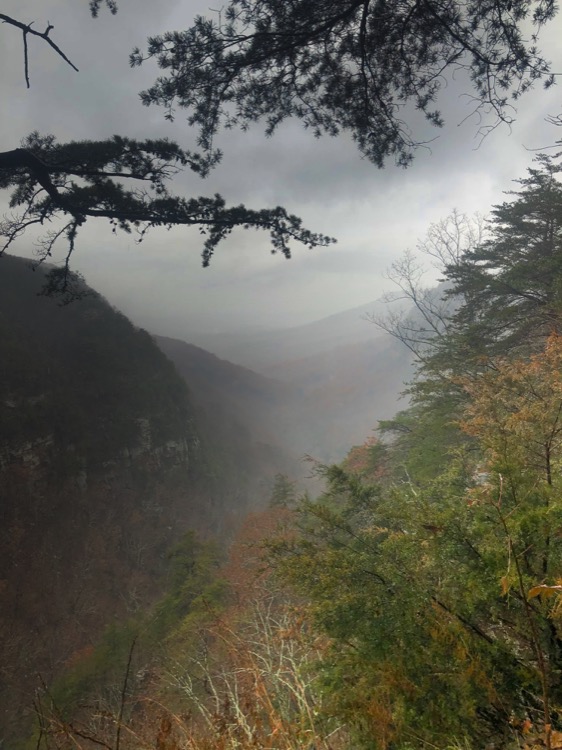 We were now headed to Nickajack aid station with no buffer, but we again somehow made it by the skin of our teeth. We had some grace at this point because the next aid station had a cutoff, but no people were there to enforce it, so we had all the way to Ascalon aid station until we could be forced to stop. Everything was going perfect at this point, the trail was muddy and treacherous but at least we were moving and the weather was good—until it wasn’t. Bitter cold 30 mph winds came tearing in and we were shivering so badly we barely made any progress—if only we had time to get our cold weather gear and food out of our drop bags. There was no way we were stopping, but our cutoff fears had just become a reality. Our kids have no idea why we do this. Why would anyone struggle for 10 hours knowing the whole time they will ultimately fail. I don’t know if it is accurate that the true cross was carried to the Battle of Ascalon, all I remember is the volunteer who took our numbers sprawled out his arms like Jesus as he walked away because he did not want to accidently scan our bibs in.

So, did this race answer a lot of questions for me? Yes. I learned it does not matter if you are in shape and have your nutrition dialed in if you don’t have the right equipment. I am buying rain gear and a backup light for my next race, not just a backup battery. It was a little depressing to watch Wild Ginger Running video that was posted on our way home and learn the importance of rain jackets—but at least I know what to buy now. Was it the best “first race” choice? Probably, but I only question it because of the weather. A better first race when you don’t have a support crew might have been one with loops so I we’d have more access to drop bags, but it was a fun and picturesque race. Was it a good couple’s weekend? Heck yeah, great accommodation options, easy packet pick-up in Chattanooga near good restaurants, easy-to-follow course markings, LiveRun app to find your way and a GPX file to put on your watch. I have to admit, there was a silent 7-hour car ride home after the race, but per Run Bum Tour’s motto: We Did Epic. We Were Epic. We Lived Epically.