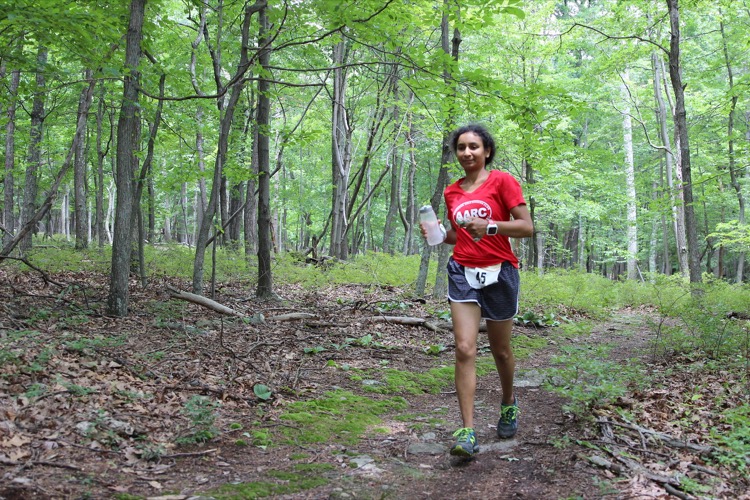 The Cacapon 12 Hour Challenge Trail Run enjoyed a successful fifth running this year. Four of our runners received special awards for completing the run every year. The five-mile trail loop was a little wetter than in previous years but the temperatures and humidity were low for mid-July. Combined with a good field of runners, this led to some impressive performances and we had our highest number ever complete ten loops of single track, cementing their membership in the 50 Mile Club!

Meg Landymore of Pasadena, Maryland set the early pace, leading runners through the first loop in 48:39, with five-year finisher Joe Cross just on her heels. Eventual podium finishers Ryan Jones, Julio Palma, and Jana Snider soon followed. Meg continued to set a torrid pace through the morning hours, and she and Joe headed out together on loop six in 4:26, eight minutes ahead of their closest competitor. Landymore pulled ahead by five minutes over the next two laps, and for the second straight year it appeared that we may have a woman win the race outright. Last year’s winner Mary Beth Strickler was running an even, patient race and working her way through the field, entering the top ten in the early afternoon hours. Cross continued his strong running but was losing ground to Palma, as he had only a four-minute lead at the 50-mile mark. 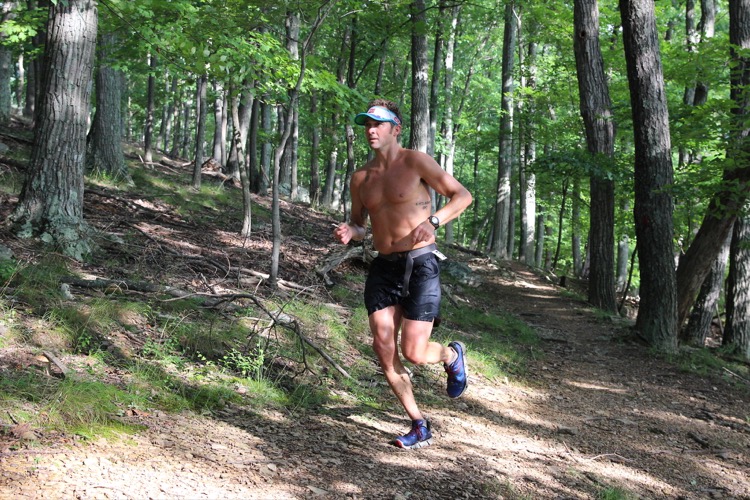 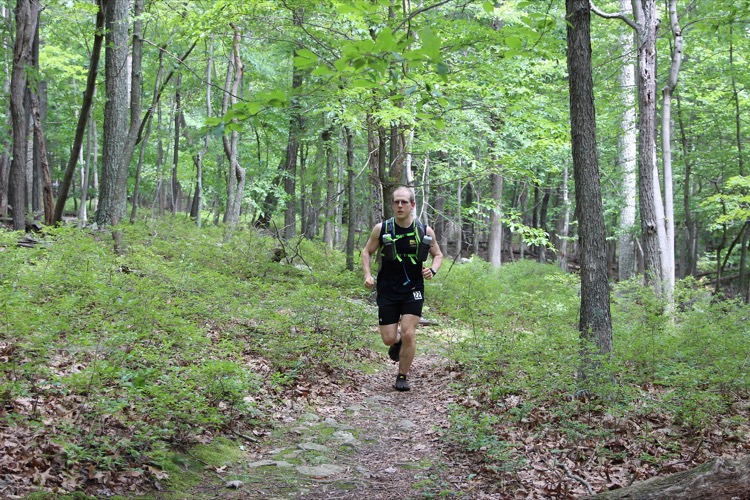 Landymore picked up a pacer for the final loops, but it was hardly necessary, in fact it appeared that she was the one pushing the pace as she extended her lead and closed out the day in dominant fashion, finishing with the overall win and a new female course record 56.2 miles, with a half hour still on the clock.

Joe Cross gutted out a final lap as he dealt with nausea and cramping to finish 55 miles in 11:46, an impressive performance for the 50-year-old. Palma and Jones, facing fatigue and the clock, opted for partial loops at the end to finish a mile behind Cross. Strickler finished with 50 miles, in the money again for the fourth time as female runner-up. Jana Snider came in at 45 miles, her second podium finish along with two fourth place showings at Cacapon. 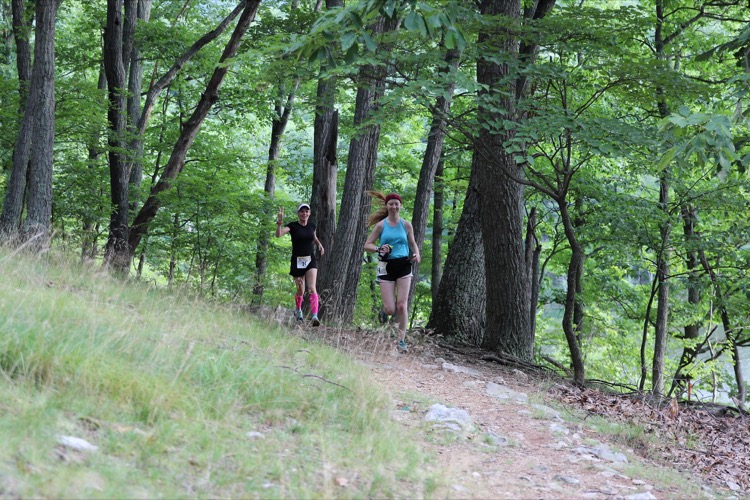 Connie Milligan on her way to 35 miles for the day and Amanda Mock (front) heads toward 40 miles. Photo: Joseph Nichols

Other notable finishes included 14-year-old Rebecca Tidwell hitting 41 miles and Amanda Mock heading out for an eighth lap needing to hold pace to beat the clock, and coming in at forty miles with just minutes to spare. Our runners had amassed 50 previous finishes among them. We love to see so many people come back year after year. The Cacapon 12 Hour Challenge was selected as the 2017 RRCA West Virginia State Ultra Championship, and the overall, masters, grand masters and senior grandmasters winners received special awards as state champions.

For one Saturday every summer, Cacapon State Park becomes a special, almost magical place for our family; old friendships are renewed, new ones are forged, and some of humanity’s best qualities are on display as runners come to test their mettle. The loop format allows much more interaction amongst the athletes, volunteers, and crews than a typical ultra, so it’s like one big happy family by day’s end.

Congratulations runners, hope to see many of you back in 2018!