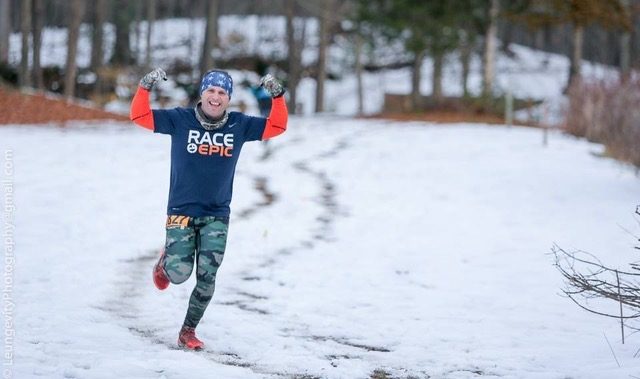 Vin in the snow and mud with his Race Epic shirt at the 2018 CT Trailmixers Fall Fling. Photo: Michael Leungevity

Vin Framularo has a ritual that he follows each time he toes the starting line of a race. He admits this gets a mixed reaction—some people laugh and some look at him like he’s crazy. “At the beginning of every race, I tell whomever is around me, guys, the hardest part of the race is over.”

Vin grew up in Trumbull, CT, the middle child of five siblings. Basketball was his first love, and a great outlet for his endless energy. In high school, he veered into running, inspired by a father-son cross-country coaching duo. They instilled a team-first mentality that resonated with Vin. “We used to go to running camp in Vermont at the end of the summer, to start off cross country season.”

Fast forward to 2017, when Vin turned his focus to road marathons. His first event on the calendar was the Bend Marathon in Oregon. His plans were derailed nine weeks prior to the event, when a snowboarding accident sent him to the emergency room. He had a broken back and the doctor told him he would probably never run again. As his family and close friends can attest to, one of Vin’s biggest strengths is his mind. “I spend a deliberate amount of time on my mindset, as an entrepreneur and a runner.”

Over the next couple months, Vin relied heavily on his mental game. “I spent about two to three hours a day, listening to an audio book called Self Mastery Through Conscious Autosuggestion and I swear that played a huge part in helping me heal myself.” Nine weeks after his accident, he was not only walking, but completed a half marathon. And he was just getting warmed up.

It was the Connecticut Trail Mixers, a running club, that introduced Vin to a whole new style of running. Just 12 weeks after breaking his back, he participated in the Spring Fling, a 10-hour race where competitors complete as many laps as possible. Vin’s initial goal for the race was a half marathon. “That day I just kept going.” He ended up completing 31 miles and became a member of the ultra marathon club, after immediately falling in love with the atmosphere of trail running. “People didn’t really care about your pace, they just cared about you finishing.” He was hooked and looked forward to testing his limits even more. 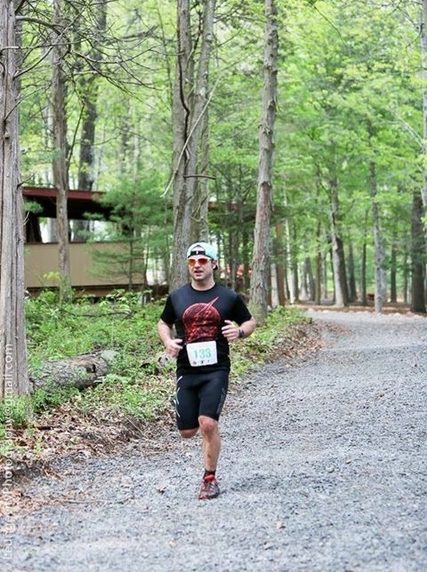 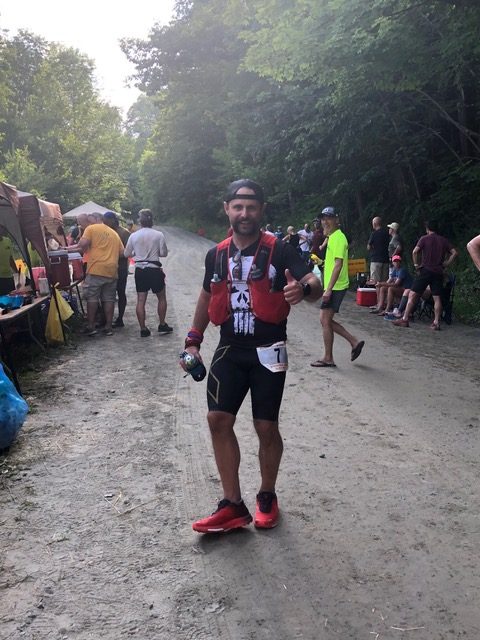 Two years later, in 2019, he found himself at the starting line of the Vermont 100, his first attempt at the distance. “It was amazing to meet everyone fighting through the heat we had this year. Getting to share so many miles with total strangers that, by the end of the day, you know better than some of your family members.” His family was his crew, and he gave them special instructions leading up to the race. “No matter what, don’t tell me it’s okay to stop—tell me to keep going.” His family has always been close-knit. “Having a crazy runner in the family, it’s important to have that contingent of a team that supports our craziness and endeavors.” Ultimately, his race ended at mile 72, as he gritted his way through the trails while battling trench foot. Undeterred, he was excited for more challenges.

Vin recently achieved one of his biggest goals when he finished his first 100-mile race at the Hamster Wheel in New Boston, NH. Looking forward to 2020, he is aiming to complete several 100-mile races, with the Vermont 100 at the top of his list. Longer term, he is intrigued by multi-day stage racing and adventure races. He looks forward to a long career in the sport, sharing the trails with like-minded individuals. “They have that growth mindset instead of a fixed mindset. You can’t expect those couple days to go perfectly as planned, and it’s all about putting one foot in front of the other. It’s a really great metaphor for life.”