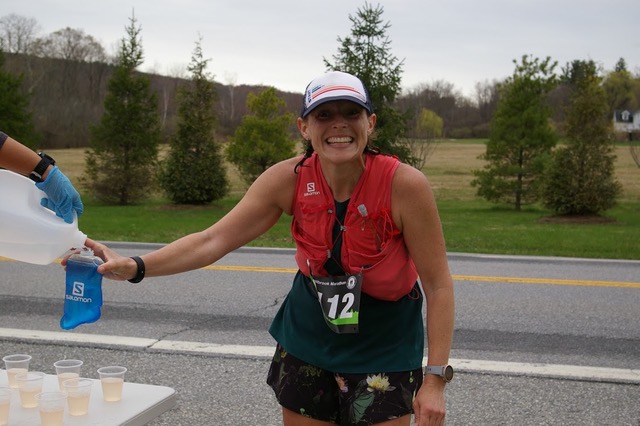 Tiffany Sivco crested the top of Castle Point in 2017, overlooking the Hudson Valley in New York, and she paused to take in the view. The thick, dense fog gave her the feeling that she was running through a cloud. The Shawangunk Mountains have been described as “one of Earth’s last great places,” and was the site of her first 50-mile race: Rock The Ridge. Overjoyed and elated as she approached the finish line, she ended up finishing fourth female and 11th overall. “It was an amazing first experience. I felt so good. I even had a dance party with my niece afterwards.” Overcoming adversity and persevering have been two constant themes in Tiffany’s life, and have proved to be quite helpful with her new “extreme” pasttime.

Tiffany grew up in a small town in upstate New York with her younger siblings and parents.

“When I was in sixth grade, I was diagnosed with Lyme Disease and it was a very severe case.” In the ‘90s, very little was known about Lyme disease, leaving Tiffany and her family with many unanswered questions. “Unfortunately, because so little was known, symptoms that I had, that are now well documented, were not well known at the time and I was often told my symptoms were psychosomatic.”

Never giving up, Tiffany’s mom eventually found a great doctor, who also had Lyme Disease. “She and I went on a trial treatment together. I was on homebound instruction during this time because of severe joint swelling and pain.” She would administer daily treatments, intravenously. “This doctor and this treatment are what saved my life, in addition to my mom’s tireless advocacy for me (while also caring for my younger siblings).”

After college, she hired a personal trainer, and focused on adjusting her eating habits. “We started incorporating running into our sessions.” The gradual progression began for Tiffany, checking off her first 5k, and then signing up for her first half marathon. “In the process of training for that first half marathon with Team in Training, I tore my meniscus.” But that didn’t stop her.

After having her meniscus repaired, she pivoted and started training for her first full marathon, the Vermont City Marathon. “Just three weeks before the marathon I pulled my groin muscle. I ran the marathon and hated it, which obviously means I signed up for the marathon the following year. From there an obsession was born.” 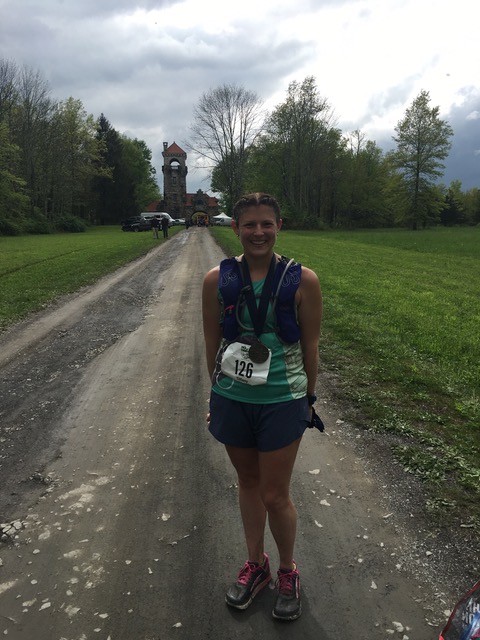 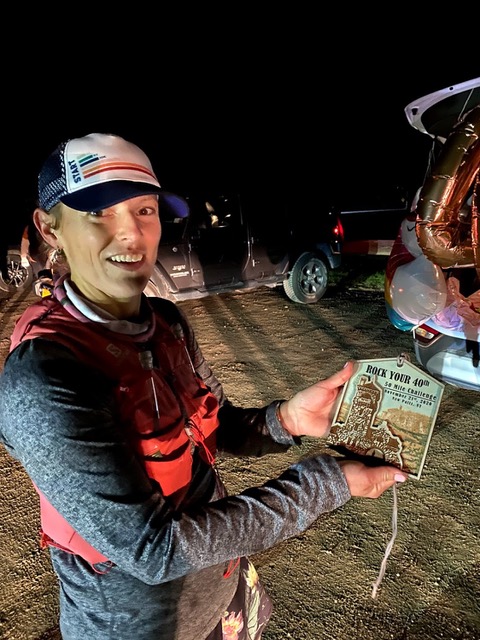 Tiffany at her home-grown Rock Your 40th in 2020. Photo courtesy Tiffany Sivco.

In November 2020, Tiffany returned to Castle Point, the place where she had finished her first 50-mile race. Although Rock The Ridge 50 had been canceled due to COVID, she and a few running friends made a new plan. They had many reasons to celebrate that day, as they laughed, chatted and gritted out their way to 50 miles, and also celebrated Tiffany’s 40th birthday along with her friend’s 50th. “It was so much fun. My friends crewed for us and we had a blast. It was, to date, one of my most fun runs I’ve ever completed.”

When asked what lessons running has taught her. “Running can humble you. You can go into a race thinking that you are prepared and ready, and life can throw you a curveball. Respect the run. Also, there was never a run I regretted, but I do regret when I don’t run.” Since 2011, Tiffany has run over 20 marathons and 10 ultra marathons and she’s just getting warmed up. 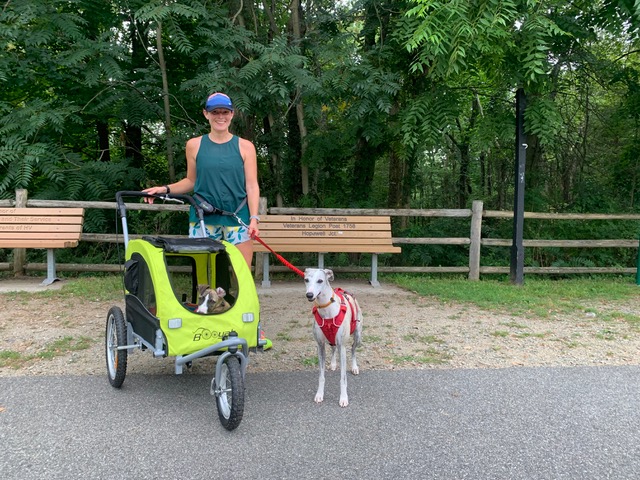 Tiffany is no stranger to pain. Living with Fibromyalgia (a disorder characterized by widespread musculoskeletal pain accompanied by fatigue, and sleep and memory issues) for the past five years, she’s learned to overcome pain. “I have Fibromyalgia and anxiety. Running has helped me significantly with both of these diagnoses. Running helps ease my pain from Fibromyalgia. I still get flares, however, if I’m constantly running, they have decreased significantly.”

There are moments in her life when the disease rears its ugly head, but running helps alleviate the discomfort. “Additionally, running helps my anxiety. I need that time to get my wiggles out and decompress. Running helps me focus and center myself. It’s a moving meditation for me. I feel so much more at ease once I’m done with a run, than when I began.”

Tiffany is tenacious in her approach to life by living it to the fullest and not letting pain get in the way of her joy. She smiles as she offers advice to others getting into running, “Enjoy the process. Sometimes it’s hard, but if it were easy, everyone would do it. Also, smile. Smile when it hurts, smile when it doesn’t, look around at this beautiful place you live and just smile because you get to run.”

Tiffany, that is so fabulous that you have done so well with your running! We are proud of your accomplishments!
Keep up the good, healthy work! You look great! Robert’s Aunt and Uncle, Carroll & Peter