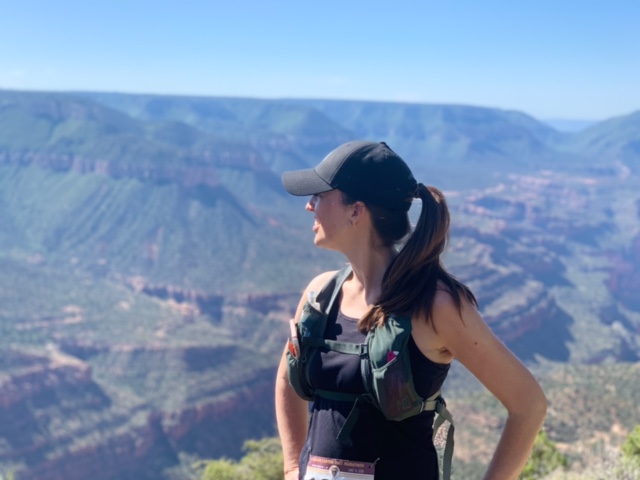 Melanie Arleth never dreamed she’d be a runner, let alone an ultrarunner. “It wasn’t until I met my dear friend, Dustin, that the idea of ultrarunning came into my life.” She was fascinated by his stories of running trails and races. At the same time, the thought of covering crazy distances seemed so far out of reach. Dustin was patient and persistent, readily giving her advice on how to jump into running during their hikes. In March of 2018, she felt a shift in her mindset. “I decided to go for it. I had just turned 41 and after putting my family first, I was consistently losing myself along the way. It was then that I decided I wasn’t going to just be a runner, I was going to be an ultrarunner.”

Melanie grew up in rural northern Michigan with two younger brothers. “Being active and social was a part of our upbringing and it’s something that has stuck with me to this day. Now that I have a family of my own, it’s something that my husband and I try to instill in our own children.” She played many high school sports, volleyball being one of her favorites. She vividly remembers a belief she always had about running. “I always thought that a person was just naturally good at running and since it was difficult for me, I focused on other sports and activities.” 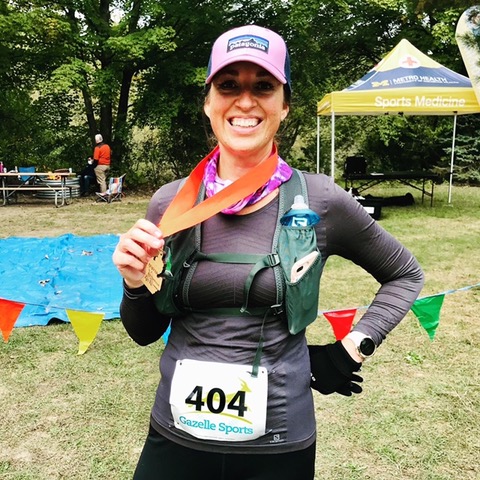 Melanie at the finish of the Yankee Springs 50K. Photo courtesy Melanie Arleth.

In November of each year, Melanie’s small town of Traverse City, Michigan, hosts a 30-mile bike race, called Iceman Cometh. Thousands of bikers hit the trails, tackling a course of dirt roads, abandoned railroad beds and the world-famous Vasa Trail. A few years back, a group of runners decided to run the course the day after the bike race. “This became an annual run, started by a few people here in the running community, as a way to get outdoors on the trails during the colder months. Typically, races locally are hard to find, especially trail races, so this became an opportunity to do something that was fun and challenging all around.”

2020 was Melanie’s first year participating in the homegrown race. “It was organized by a few friends, so I decided to go for it. Because of COVID and the guidelines surrounding races with so many restrictions, the bike race was canceled leaving the weekend wide open to run the course.” Eleven runners, as well as a few rogue bikers, set out on the 30-mile course. “We all made sure to keep our safe distance and run at paces that we felt good doing. It wasn’t about pace or finishing times, it was more about finding that grit together and bonding over finishing the course. And we all agreed, no runner would be left behind!”

The weather was ideal as they meandered along the leaf-covered trails. Fifteen miles flew by as Melanie caught up with new and old friends. “I found that the conversations between all of us just flowed well, and everyone took turns keeping pace.” A make-shift aid station was set up at mile 19 to refill water, snacks and other supplies.

Melanie especially loved the interactions she shared with new runners she met that day.

“We all were enjoying the day being with each other and having a great time on the trails. I had no idea that there was a group of us that loved running ultras.” By mile 25, Melanie had to dig deep. “I was feeling depleted with just a few more miles to go, that’s when it became a mental game for me.” She found her strength inward and pushed to find the energy to keep going. “Much to our surprise, there was a finish line. It felt so great to hear cheering and clapping after crossing that line—those bikers were amazed that we ran the course. Our response was, “Why not?” 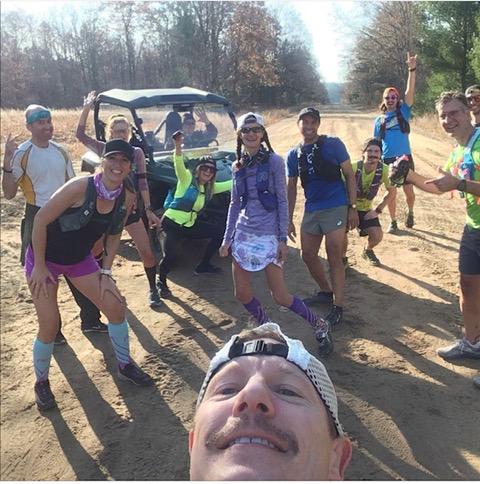 When asked what made this run so memorable, Melanie paused. “It reminded me that I don’t necessarily need a race to prove myself as a runner. These are trying times for so many and races may be canceled, but running isn’t. Running has been my baseline for so much over these past couple of years. It has kept me grounded, kept my sanity, and has given me a community that I never knew was out there. To say I’m thankful for running is a vast understatement.”

The trails have provided Melanie a place of peace and strength. From finishing her first ultra in 2018 at the Yankee Springs Fall Festival 50K, to sharing the Iceman Cometh course with friends this past November, her ultrarunning days are just beginning. “Above all, running has given me my life back. I know that if ever there is something going wrong or if I need a break, running is the answer. Just that time away is all I need sometimes in order to gain a new perspective or just breathe a little easier again.”