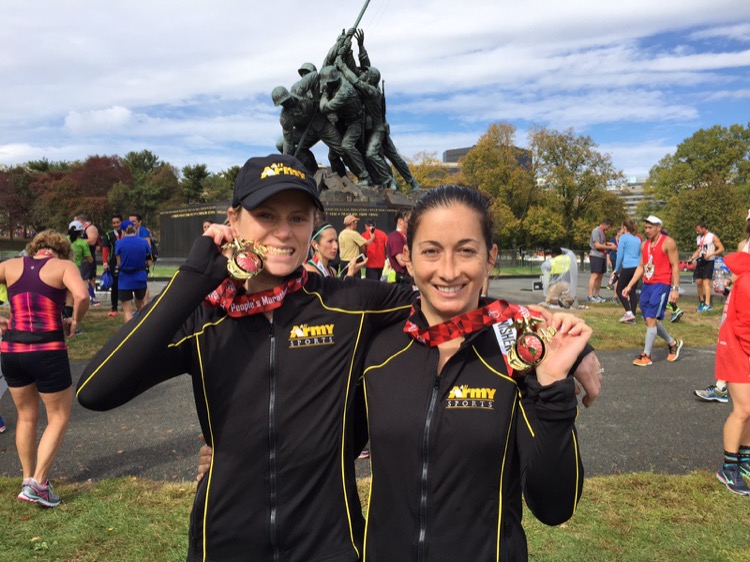 Margaret Smith was beaming as she zoomed along the last two miles of the Laurel Highlands Ultra in Pennsylvania. “Running through the woods with lightning overhead and rain pounding down was a total blast. I finished third female and have never felt prouder.” Just 10 years prior, alcohol was slowly killing her, and she knew she needed a change. So, Margaret joined the United States Army. It was the best decision she’s ever made. 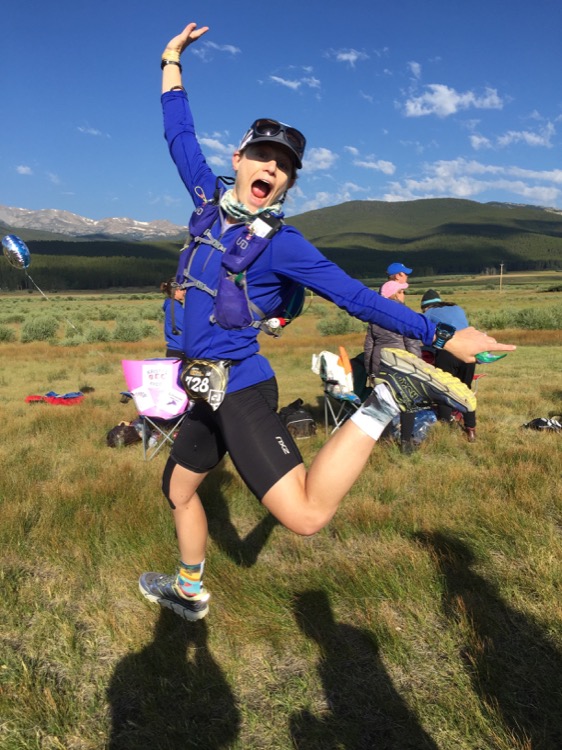 Maggie, as she’s more affectionately known, grew up in Hanover, New Hampshire. “I’ve always been competitive. Growing up smashed between two brothers forced me to keep up and push myself.” In college, she suffered from alcoholism which caused her to drop out after three years. Running would soon become a savior for her, and sobriety was just the first of many hurdles.

“A turning point in my life was learning I was BRCA 2 positive (BReast CAncer gene: BRCA1 and BRCA2 are two different genes that have been found to impact a person’s chances of developing breast cancer). My BRCA moment also triggered me to finally get sober. I underwent a prophylactic bilateral mastectomy on June 2, 2009, and as part of my recovery, my husband signed me up for the Runner’s World Marathon Challenge.” Maggie ran in the Marine Corps Marathon that fall and qualified for the Boston Marathon. Following that race on her 30th birthday, she had a prophylactic hysterectomy. Four short months later, she ran the Boston Marathon.

Running was a constant, as it helped her through her health issues and sobriety. “My entire healing process showed me the power of the human body and what it’s capable of – being fit and in shape and going into surgery with a goal in mind really helped me heal emotionally and physically. A lot of women associate womanhood/woman-ness with physical aspects. I no longer have breasts and opted out of reconstruction surgery – it allowed me to heal quicker after my mastectomy.” 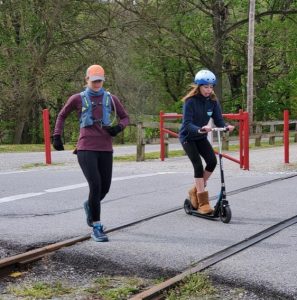 This past Mother’s Day, Maggie decided to tackle an FKT (Fastest Known Time) near her home in Maryland. “It was such a fun adventure that began right outside my front door, making it totally doable during these strange times – a beautiful rail trail that runs through some stunning countryside near my home.” Forty-seven miles from Maryland to Pennsylvania, she ran along the North Central Rail Trail and York County Heritage Trail. “I didn’t have to get up early and spend Mother’s Day brunch drinking broth on the side of some railroad tracks, but doing it felt so damn good. Having my husband and daughter along for support was awesome, and I’m really glad that we’ve made Mother’s Day a ‘Mom’s Running Day’ tradition.”

She’s currently a Captain in the United States Army, and recently earned her PhD at George Washington University. She’s also an instructor at the US Military Academy at West Point, NY, “Teaching and learning are two things I really love to do.”

Like most folks, her dreams of crossing the finish line of her “A” race, the Vermont 100, were curtailed this year. Yet, that hasn’t stopped Maggie from pushing herself. On what would have been Vermont race weekend, she headed up to the Catskills for a “solo reset in nature.” In the wild, she discovers “how to take an unbridled look at my own life to better understand how I fit into this world.”